On Tap | Brewery Emperial gearing up to open in the Crossroads 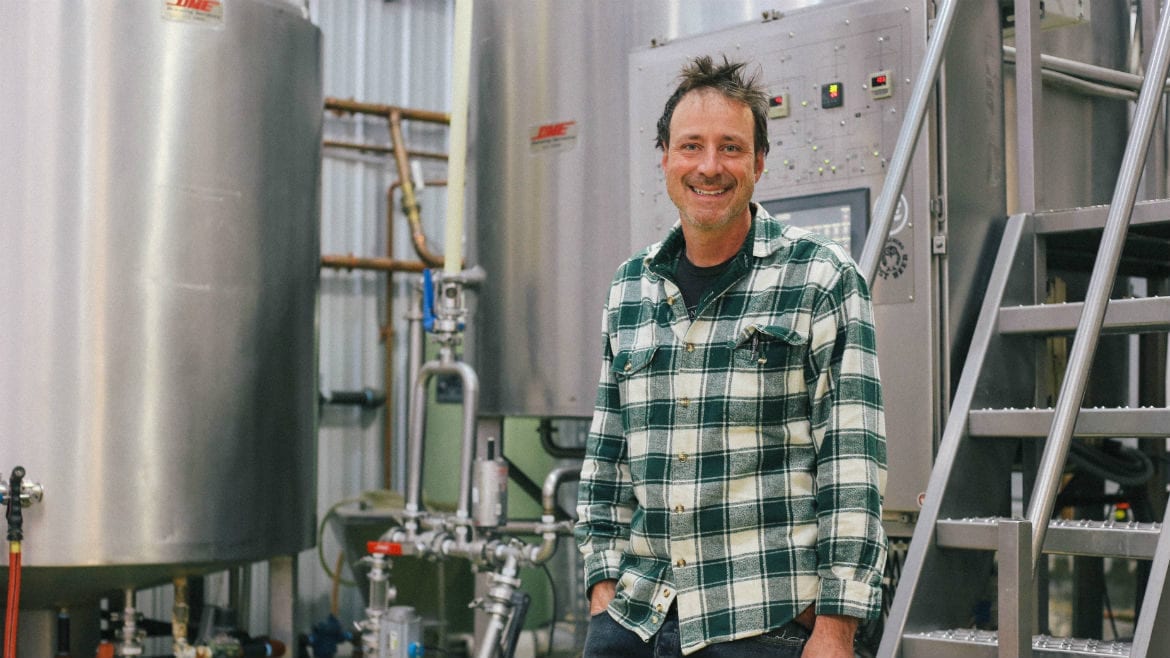 Brewer Keith Thompson will lead the charge at Brewery Emperial. (Photo: Allyson Peck via The Pitch)
Share this story

After 20 months, an urban beer garden is nearly ready to open at 1829 Oak. Brewery Emperial, a joint project from Room 39’s Ted Habiger, brewmaster Keith Thompson and Rich Kasyjanski, joins the growing microbrewery district in the east Crossroads this month.

“I’ve always liked what a brewpub represents for the community and neighborhood,” Thompson says. “We’ve got the brewery and food components here, a nice hybrid of a taproom and a brewpub.”

The restaurant takes inspiration from Camino in Oakland, California. The heart of the kitchen space, visible from the front door, is a big, open, wood-fired oven, designed to roast and braise whole animals. (Case in point: the Thanksgiving turkey that practically glistened on a recent visit.) That welcoming hearth, with its crackle of wood and flame, makes Emperial’s a show kitchen. And the seats at the end of the bar, which runs the length of the dining room, get a prime view.

“We’re always working to make sure things match up properly, whether it’s a flavor, style or ingredients.” — Brewmaster Keith Thompson

The dining room and bar are between the fenced, open-air beer garden and the brewhouse, in an attached Quonset hut. Concrete walls tagged with green spray paint — the last vestiges of the former auto-salvage space — stand a few feet from gleaming stainless-steel tanks. Thompson will run the brew house with the help of Sterling Holman, formerly of Boulevard Brewing Company. The new venture launches with a kolsch, the first of an initial six-brew lineup.

“We wanted to do something that proves we can do this well,” Thompson says. “And you’re pretty naked with a kolsch.”

The kolsch will be joined by an extra special biscuit, bringing together American and British qualities of a pale ale, their Emperial IPA (a double IPA made with nugget and Amarillo hops), and a milk stout.

“I love the idea of subtle interplay with a stout,” Thompson says. “That thing where you say, ‘There’s something in here that I can’t quite put my finger on,’ something like black peppercorn.”

The taps will also feature a pre-Prohibition lager made with 20 percent corn, Thompson wanted that hint of sweet corn balanced with a hop component.

“Before we used adjuncts that added zero flavor or color, brewers were using ingredients other than malt out of necessity. I want to get back to that,” Thompson says.

Brewery Emperial will also be serving a porter that features a pilsner malt base run through a smoker for 26 hours.

“It will be a little bit of campfire in the background, not in your face,” Thompson explains.

The flavor of smoke and the experimental nature of the brewery will feature prominently in the kitchen. Thompson points to the first wort that they used to braise short ribs. The finished ribs were then taken to the Local Pig where they were ground and placed in natural casing to make the short rib hot dogs that will be on the initial menu.

“We’re always working to make sure things match up properly, whether it’s a flavor, style or ingredients,” Thompson says of the relationship between the kitchen and the brew house. “It all has to make sense; We have this nice symbiotic relationship.”

On the dining side, they’re currently experimenting with spent grains and baked goods. Thompson could see the brew byproduct becoming the bread featured at Sasha’s Bakery, a sister business owned by Habiger, or Brewery Emperial. In the brew house, Thompson has plans for a tripel and pilsner, and can envision canning in the future maybe with the help of a mobile canning operation.

“I’ve always wanted an urban beer garden that could create community,” Thompson says. “I want this to last for a long time so I can continue my career in brewing and have a way to share with people.”

What Makes a Good Festbier?