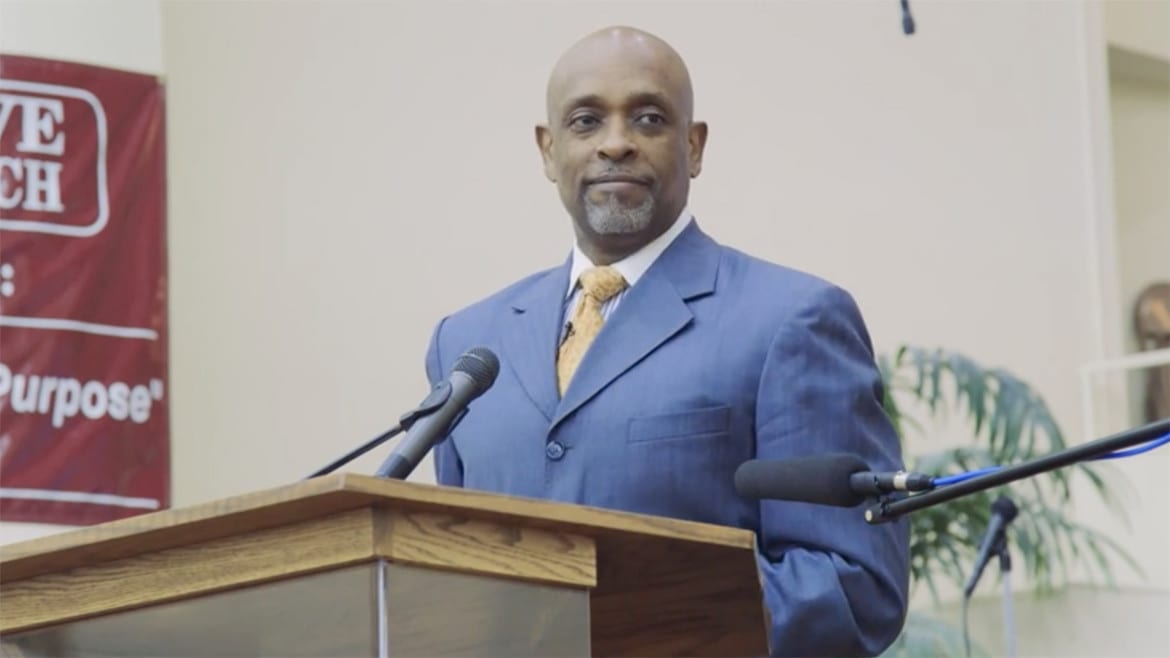 During the "Leap Into Action" event at Zion Grove Missionary Baptist Church in Kansas City, Senior Pastor Michael Brooks calls attendees to join the fight against racial injustice in Kansas City. Watch the video for more insight.
Share this story

Growing up at 37th and Benton Boulevard, a wealthy neighborhood “filled with doctors and lawyers,” the former councilman and senior pastor of Zion Grove Missionary Baptist Church said he started kindergarten in 1967 at then-affluent Sanford B. Ladd Elementary. Then, he said, it was a racially mixed school with “around 50 percent white and 50 percent black students.”

But within a few years, that demographic had changed dramatically. Brooks explains that real estate agents had begun blockbusting, or offering caucasian homeowners cash for their homes, warning them that African-Americans were moving in, so they had better move out before their property’s value diminished.

“By the time I was in the second grade, the school was completely black,” he said.

Ten years later, when Brooks began his freshman year at Center High School in 1978, the school had also undergone a complete racial transformation.

And at a recent evening event with More² (pronounced “More squared”), Brooks did not mince words when addressing racism in Kansas City to a group wrapping up eight weeks of interfaith conversations about racial inequality.

“Racism is a demon,” he said to the gathering of 20 interfaith congregations assembled inside the historic Zion Grove church. “And tonight we are deputizing you as exorcists to cast it out,” Brooks said to applause.

“Leap Into Action” was the culminating event for the More² group. Filled with members from various churches from around the Kansas City area, Brooks congratulated the assembly for their participation in the series of conversations that he hopes will lead to real momentum and change. 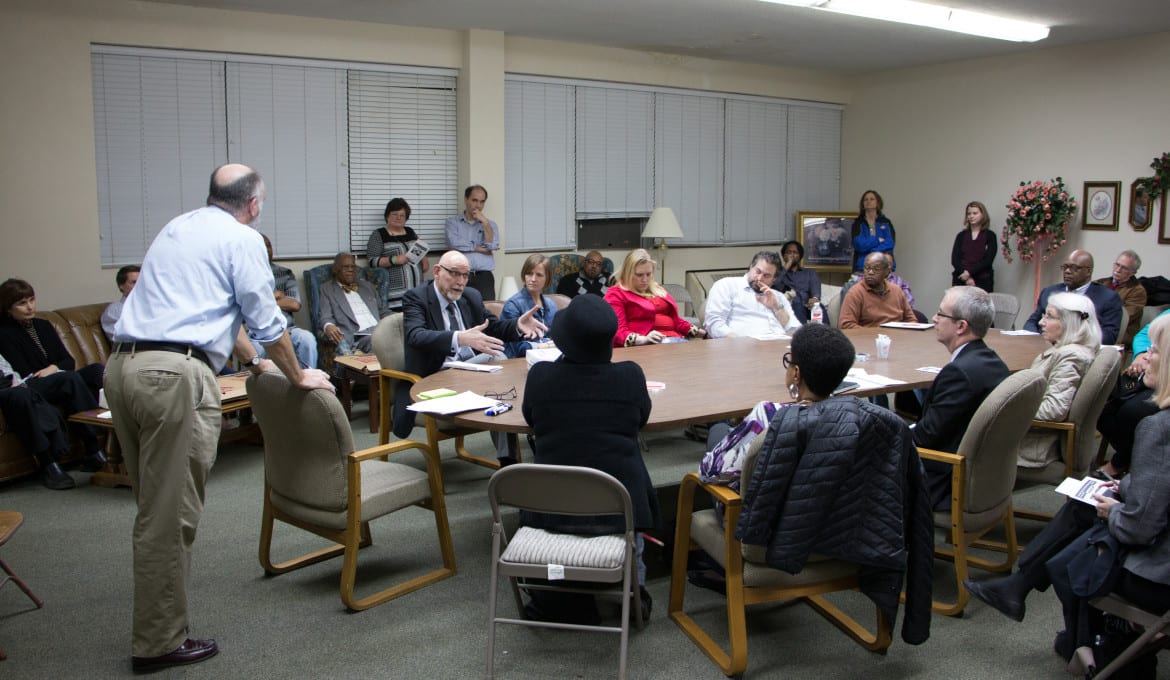 A “metro organization for racial and economic equity,” More² began in 2004 after the Kauffman Foundation was given a grant to help churches organize around social issues. Throughout its 11-year history, More² has grown to 20 interfaith congregations that work together “to make systemic, sustainable changes in the public policies that govern economic development, education, transportation and health equity,” according to the Foundation’s website.

“Over the past few months, we have had twenty congregations sitting down together, having real, honest candid conversations about race,” McDonald said. “People talk about the elephant in the room,” she said, such as white privilege, racism naivete, and same-race discrimination.

While the discussions took place in parishioners’ home churches, the faith leaders facilitated the conversations in churches that were not their own, “opening up a more honest and real dialogue,” McDonald said.

As the accumulation of months of work and dialogue, Brooks said the goal of Monday night’s event was to inspire a new wave of leaders dedicated to seeing the advancement of racial equality in Kansas City.

“We hope to galvanize a large group of people that are here, so hopefully they want to be part of the work, and take part in one of our five task forces,” Brooks said.

More² is divided into five groups with specific agendas: criminal justice, education, immigration, health, and jobs workforce. After an initial sermon Brooks said that those in attendance were encouraged to join the group that affects them the most or they think they want to be a part of. Each task force then broke into smaller group discussions.

While the majority of work has largely taken place in Missouri, More² is now developing a broader issue platform that will take on challenges and policy makers from the Kansas side of the border. At the event last Monday, all attendees from Kansas were asked to take part in a candid unrehearsed conversation.

“Johnson County is still very much divided,” Taylor said. “The reality is, in Johnson County school systems there are not very many people of color in leadership positions.”

Taylor said Monday that racial inequality is as much about faith as it is social justice.

“My faith teaches to think about the populations that are underserved, that are looked at differently, that are being looked down upon,” Taylor said. “So for me, finding ways that I can address those issues, doing the most that I can, to make sure that whatever I can change personally, I will change.”