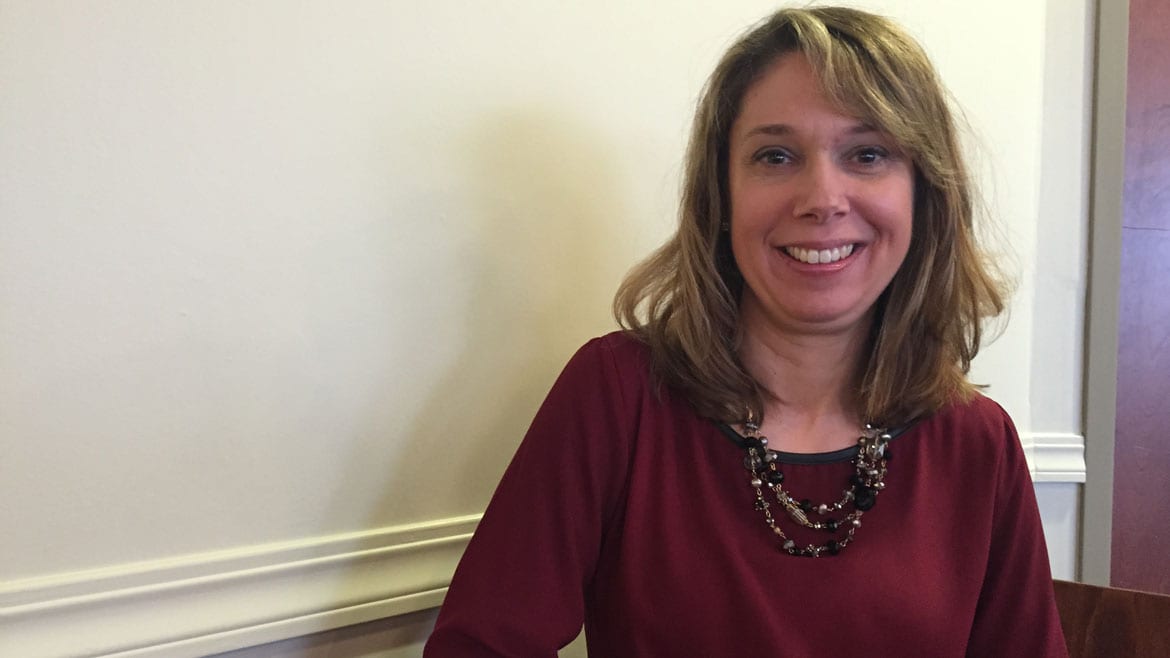 Jennifer Johnson beat breast cancer when she was 27-years-old and pregnant with her first child. She is now an executive at the Young Survival Coalition. Photo: Caitlin Cress, Flatland
Share this story

Matthew Zachary has a problem with how cancer is branded in this country.

“The history of cancer has been largely broken down into sick children and dying grandparents,” he said. “We’ve all seen them. We’ve all had them. They pervade television and the Internet.

“The notion of cancer actually happening in age groups that are not six and 60 years old has never really been acknowledged,” he continued.

The truth, according to StupidCancer.org, is that 70,000 young Americans — between the ages of 15–30 — are diagnosed with cancer every year. And the resources that exist to help cancer patients cope, from medical treatment to financial services, are not designed for young adults.

Zachary is the founder and CEO of Stupid Cancer, a New York City–based nonprofit organization established to help close this gap in resources.

“It’s very different to have cancer when you’re fertile, when you have little kids,” he said. “There are actual cancer survivorship outcome disparities for that age group. Five-year survival rates in young adults have been stagnated since the ‘70s.”

Zachary attributes the lower survivorship rates, in part, to late detection. And once the cancer is detected, he said, young cancer patients have little access to peer support, resources and clinical trials.

The services that Stupid Cancer connects clients with revolve around six “bubbles” on the homepage, which include “I’m all alone,” “I can’t work,” “I need a lawyer” and “Am I fertile?”

Zachary said these bubbles include the problems young adult cancer patients face, and he is uniquely qualified to make this assertion. He was once a young cancer patient, diagnosed with brain cancer in college.

“I went through all of (the bubbles),” he said. “I was alone, I did need a lawyer. My father had to fight insurance companies. I lost my career. I was impotent and infertile…. All my friends abandoned me. I built (Stupid Cancer) to be what I wish I had.” 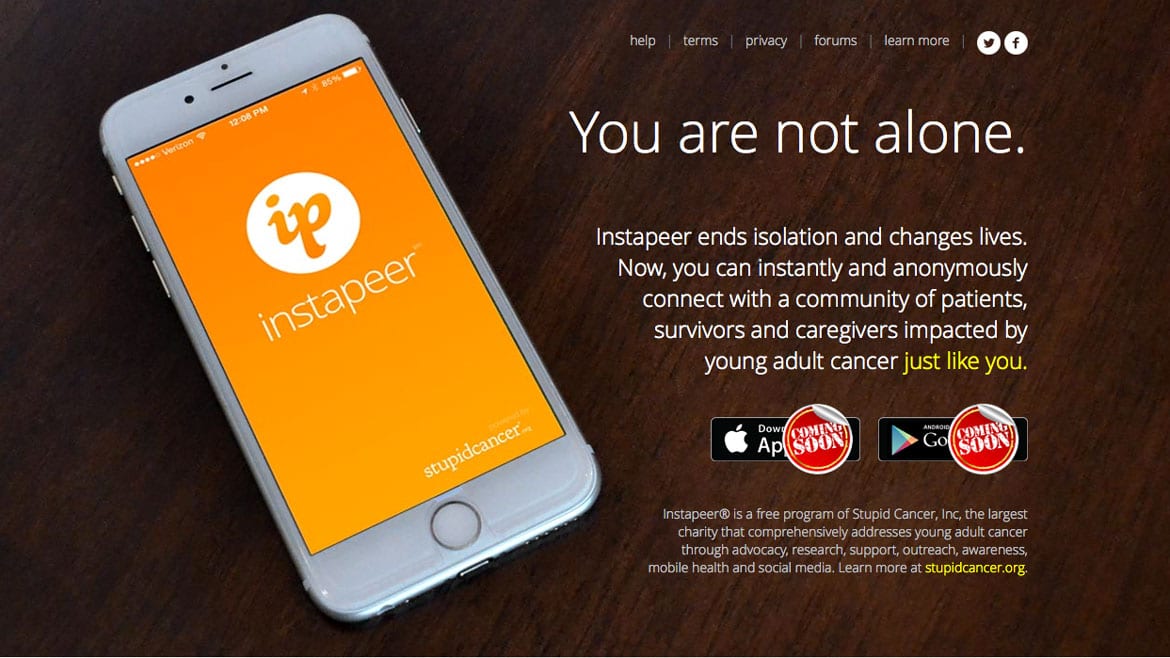 Stupid Cancer isn’t the only national organization that aims to improve the cancer journeys for young patients and survivors.

Jennifer Johnson, of Overland Park, Kansas, works for the Young Survival Coalition, which focuses on support for young women diagnosed with breast cancer.

And just 15 years ago, Johnson was a breast cancer patient that could have benefited from YSC’s services.

Johnson was 27 years old when she found a lump in her breast. She was also pregnant with her first child.

“I showed it to (my obstetrician) a few days later,” she said. “Thankfully, she took it seriously because I have no family history of breast cancer, I was only 27, and if a doctor had said, ‘Oh, it’s nothing,’ I would have said ‘OK.’”

Because of her pregnancy, there were treatment limitations. Johnson said that having a lumpectomy would require radiation, which is not an option during pregnancy. She had to have a mastectomy and chemotherapy.

She was 22 weeks pregnant, and her doctors said waiting until the baby was born to begin chemo was not an option.

“There were about 40 cases on the national registry of women who went through chemotherapy while they were pregnant,” she said. “The babies had all been born fine, sometimes prematurely, but they were fine.”

The day after her last treatment, Johnson went into labor five weeks early.

“I have to tell you, my room was filled with doctors and all kinds of specialists, and I think every intern in the world was there, but thankfully (my son) was completely healthy,” she said. “I was bald from the treatment, but he had this nice little head of hair. It was kind of our sign that the chemo hadn’t harmed him.”

Before Johnson was diagnosed, she knew very little about cancer in young adults. Her college sorority’s philanthropic cause was breast cancer, but that effort mainly focused on older women.

“Every time somebody shared a story, it was about their mom or their grandmother,” she said. “I never really thought about it, but just before I was diagnosed, I was passing out roses at a (breast cancer) event to survivors, and I saw a woman in a pink shirt walk across the line with a baby stroller, and I thought ‘Wow, she looks really young!’”

“I was bald from the treatment, but he had this nice little head of hair. It was kind of our sign that the chemo hadn’t harmed him,” Jennifer Johnson, breast cancer survivor, said.

During her treatment process, Johnson bonded with three fellow young cancer patients. They met monthly at Cafe Nordstrom in Overland Park. The bonding they did over these lunches was so important to the women that they wrote a book about their experiences, “Nordie’s at Noon,” in 2007.

Other than this group, however, Johnson said there was very little opportunity to network with survivors or patients in her age range.

“When I was in the chemotherapy room, it was me, and everyone else in there was easily 40 years older than me,” she said. “I felt really alone, and I was trying so hard to talk to someone who had been diagnosed and treated while they were pregnant, too, and it was just impossible to find.”

It was this lack of resources, partially, that made her group of fellow patients so important to Johnson.

“Although we had different kinds of cancer and different treatments and things, we knew what it was like to be a woman, to be so different than all your peers who could not even imagine what it would be like to lose a breast or to lose your hair from chemo or that sort of thing,” Johnson said.

It is this sense of understanding and community that is so important to facilitate for YSC. Johnson said the questions young cancer patients have to answer are so different from cancer patients of other age groups: “Some women lose their fertility, so if you’re single, what do you do? Do I save my eggs? It’s better to save an embryo, but if you’re not with someone, then what do you do? … I was in the middle of my career. Do I let people at work know or do I keep quiet? I don’t want it to affect my future career.”

It was Johnson’s grappling with some of those very questions that led her to leave her corporate job and officially join YSC in 2009. She is now the organization’s senior director of mission marketing and communications. She said helping other women deal with cancer is her real career passion.

Those questions obviously do not have simple answers, but resources provided by YSC and Stupid Cancer can help patients to figure it out.

Both organizations have robust websites and Kansas City–area meetups. Stupid Cancer, however, has upped the game: They will be launching Instapeer, an app that connects young cancer patients across the country.

Stupid Cancer developed the app over three years and spent $400,000. Instapeer is currently being reviewed by Apple before it is placed in the App Store.

“The goal of the app is to bring the old-school concept of picking up a phone and calling a sponsor,” Zachary said. “It connects you with someone else to (text) message.”

Zachary and his team wanted to give tech-obsessed teens an opportunity to find community through their phones.

“The 13-year-old that gets breast cancer, the 17-year-old with colon cancer. That’s happening now, and it didn’t happen 20 years ago,” he said.

“There’s no 17-year-old in their right mind that’s calling the American Cancer Society for help,” he continued. “That’s nothing against ACS, but they’re made for geriatrics.”

Zachary wants the app to reach beyond patients to the loved ones of patients, as well.

Zachary didn’t have Stupid Cancer or Instapeer when he was fighting cancer, and he hopes these resources can make a real difference for patients in that young demographic.

“I felt like I was the only college student that had ever had cancer,” he said, “ and that’s horrible. That’s the worst feeling in the world, to think you’re the only one.”