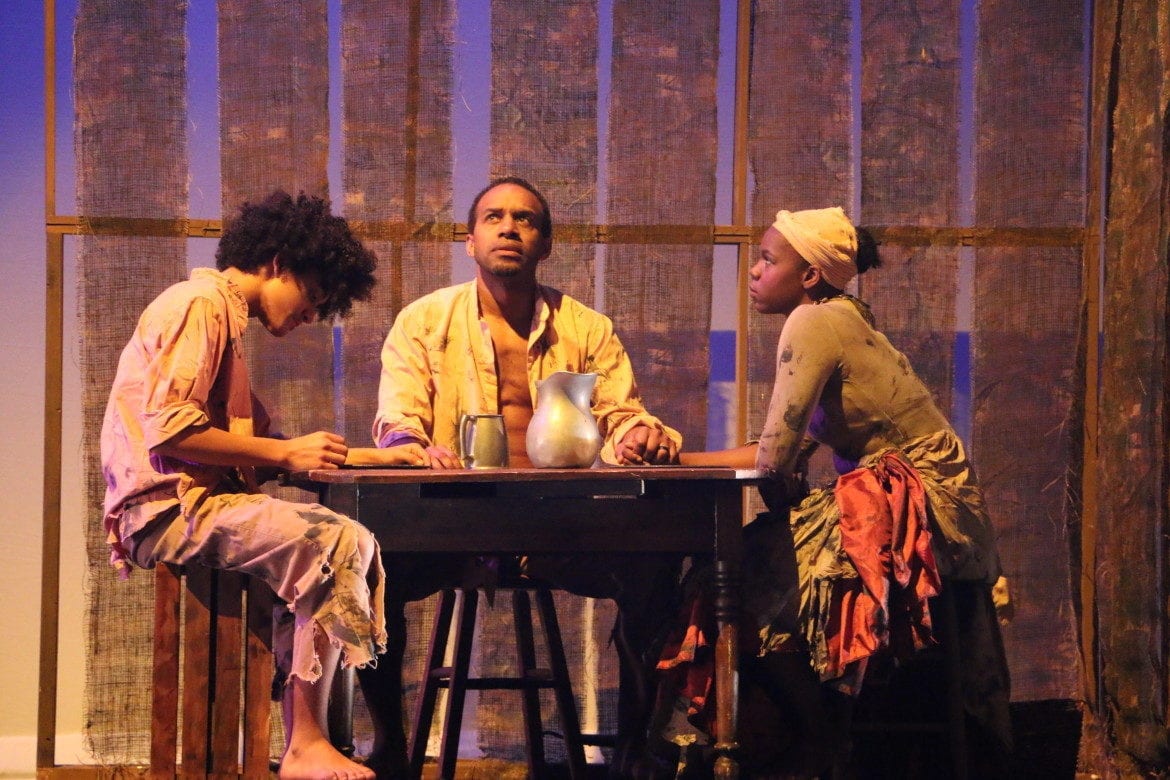 At the Kauffman Center for the Performing Arts, Störling Dance Theater is presenting the 10th Anniversary of "Underground." (Daniel Boothe | Flatland)
Share this story

When the world is in turmoil, it can be hard to focus on things like art, music and dance. Life, though, matters. Feeding the soul matters. So, we’ll quickly run through some of the fun events happening around town this weekend. First, though, let’s look at some of the more important stuff.

Ironically enough, given the news, we are in the midst of World Interfaith Harmony Week. Part of that celebration includes World Hijab Day, meant to foster religious tolerance by inviting women, Muslim and non-Muslim alike, to see what it’s like to wear the hijab. Today, Feb. 1, the Greater Kansas City Interfaith Council is hosting an evening of speakers and discussions, “Living and Learning Interfaith Harmony.” That event is at the Plaza Branch of the Kansas City Public Library.

Sunday, you might also want to attend KC Interfaith Vigil for Immigrants and Refugees, a gathering to show support for, as the name implies, immigrants and refugees. That’s at Overland Park Christian Church.

If your weekend lasts until Tuesday, check out out a special screening of “Disturbing the Peace” at the Kauffman Center. The film is an inspiring story of Israelis and Palestinians who have laid down arms and joined forces to work for peace. If they can do it, anyone can.

There are, without question, also going to be other protests, demonstrations, meetings and calls to civic action. Bier Station and Torn Label Brewing Company, for instance, are having a pop-up fundraiser on Tuesday to support civil liberties. All proceeds will be donated to ACLU Nationwide. Keep your eye on social media for more such events.

Beyond that, life goes on. The biggest sporting event this weekend is, obviously, the Super Bowl. Given the lack of local rooting interest, though, it’s hard to care all that much. Figure the Patriots to win big and just hope that life will imitate football.

In hoops, Kansas, after a huge, improbable win against Kentucky, meets Iowa State in Lawrence. The Mavericks are on the home ice at Silverstein, facing Wichita. There’s MMA at Voodoo Lounge, with Blue Corner Battles, and motorheads among you will like Monster Jam at Sprint Center.

This month is First Friday in the Crossroads. Fascists, generally, tend to be hostile to artists. That makes supporting the arts a patriotic act. What better way to do that than hit up First Friday, show love and maybe even buy something?

There’s always music. At JCCC, you can see classical guitarist Brad Richter and cellist Viktor Uzur, trained by the Royal College of Music and the Moscow Conservatory, respectively. 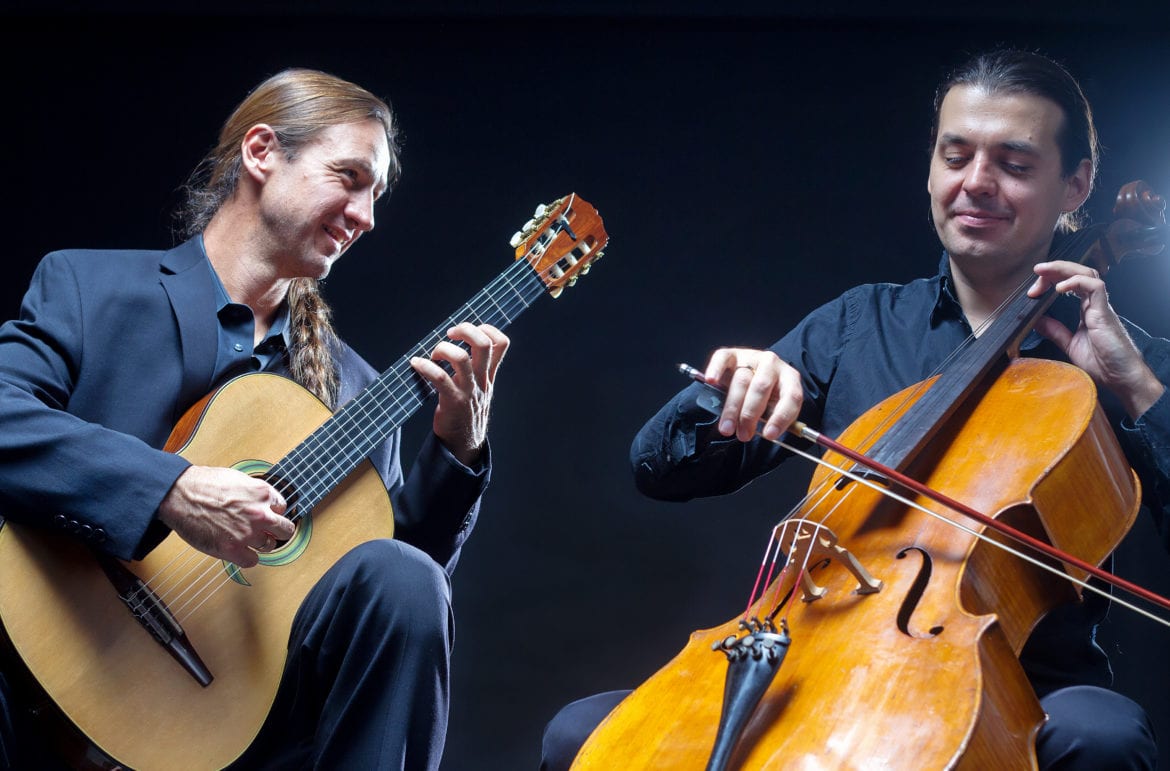 On the tribute scene, which is as thing that exists, JCCC also has a performance of Led Zeppelin II, the “Brown Bomber” in it entirety. El Monstero, a tribute to Pink Floyd is at the Uptown. At Knuckleheads, there’s an internationally touring homage to Buddy Holly, “The Day the Music Died.” Or, on the off-chance that you prefer music that hasn’t died, get to the Midland, where EDM artist Datsik performs with Crizzly and Virtual Riot.

The Granada has a full weekend. Country artists Jason Boland & The Stragglers will play Thursday. Rich The Kid brings hip-hop on Friday, and three reggae acts will perform on Saturday at a big Bob Marley Birthday Celebration.

For dance, check out “A Modern Night at Folly,” an adjudicated choreographers’ showcase, which features ten of the area’s best choreographers. That’s presented by City in Motion Dance Theater. That show, hence the name, is at The Folly. At the Kauffman, Störling Dance Theater is presenting the 10th Anniversary of “Underground,” a work exploring the story of the Underground Railroad.

Theater lovers should see “Side By Side by Sondheim,” from the KC Rep. Or “Photograph 51,” at the MET until Saturday. “Shearwater,” at The Living Room, closes on Thursday. “Shipwrecked! An Entertainment” is still at Spinning Tree. “Pippin” is playing Thursday night at the Lied Center. “How To Use A Knife” is at the Unicorn and the rom-com, “First Date” is showing at Starlight Theatre Indoors.

The nation, it seems, could be in for a bumpy ride. A few laughs could make it go a lot more smoothly. Like with young Carly Aquilino at the Improv. Be forewarned. She, according to her bio, once made her grandma laugh so hard that her teeth fell out.

There’s local comedy, too, with Allyson Weldy, Maeret Lemons and Andrea Caspari as well. That one is at the Opera House. At Stanford’s, you can catch ‘Stuttering John’ Melendez, of Howard Stern fame. Melendez is also the announcer on “The Tonight Show,” and, not for nothing, is running for US Senate. Given what’s happening in Washington D.C., a comedian might be just the right man for the job.