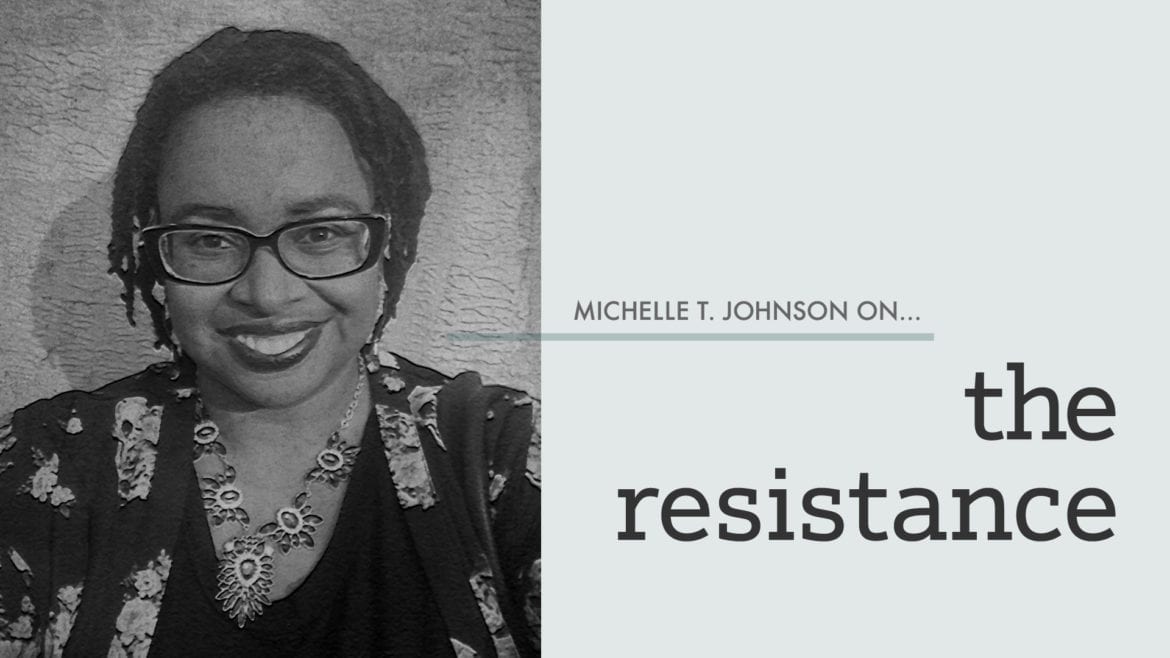 Resistance is futile, according to the Borg from the late, great television show “Star Trek: The Next Generation.”

The Borg, a group of aliens who wanted to assimilate every being they encountered, aimed to create a hive mind, telling those who fought back, “resistance is futile.”

And that, boys and girls, is the incomparable beauty of great science fiction – it exaggerates the topics and issues we deal with in our society through bending fiction to the farthest extremes. But if you live long enough, those extremes don’t seem so far-fetched.

Which brings us smack dab to tomorrow’s inauguration of Donald J. Trump.

Resistance may look futile to his supporters, but to the other parts of the American population, resistance grows by the day, with no end in sight.

Trump won the election. Even people in the #NotMyPresident brigade can’t deny that. But the assumed acquiescence isn’t coming. Between his cabinet picks and his Twitter reactions to pretty much anything and everything, Trump is finding the political hostility engendered from the Republican primary and the general election against Hillary Clinton remains in full effect.

Whether he likes the assessment or not, Trump rides in on the wave of a vicious campaign involving seemingly endless accusations of misogyny, racism, personality disorders, business conflicts of interest and then, of course, that little Russian thing.

When you add to the mix that the Republicans have both branches of Congress, it really shouldn’t be a surprise that a larger number of Americans are engaging in civil disobedience that dates back to the Tea Party. The Tea Party of the American Revolution that is.

Trump won the election. But just this week, a poll by CNN shows that more than 53 percent of Americans are less confident because of Trump’s actions since the election.

No matter how many people disapprove of what Meryl Streep said, what John Lewis said, what performers who keep backing out of the inauguration say, Trump’s reaction to it all is taking its toll. People are increasingly getting more vocal and combative and also peacefully unified in expressing their discontent with his actions and reactions.

Trump won the election. But people – even some of his supporters – are connecting the dots and seeing how some of his promises may not line up the way they had best hoped. Maybe their medical care or their Medicare or their Social Security isn’t as secure as they thought. Maybe it won’t just impact the people who didn’t vote for Trump.

We’re America. Regardless of how we got here, no matter if we were already here, we’re part of this great American experiment where we get to speak up and uses our voices and our feet to complain.

There were Republicans who didn’t attend Obama’s Inauguration Day, or openly vowed that they would obstruct his policies, nominations and even acknowledge that he was an American citizen.

There has been a Women’s March planned for months to take place in Washington the day after the inauguration. At least five times as many bus permits are requested for the march than are requested for the inauguration, according to the Washington Post. That doesn’t include the hundreds of local gatherings held across the country. Or the protests that have not received as much attention.

Trump won the election. But with each passing day he demonstrates that while we will have him as president for the foreseeable future, people will attack his policies, disagree with his disrespectful tweets, complain about his handling of the press, express concerns about his real and imagined conflict of interests, and demonstrate unease on the possible involvement of Russian in to our election results.

The ultimate revolutionary act in America is to say, I’m not swallowing my opinion because my “guy” didn’t win. Resistance is far from futile. And it’s far from being over.

Age of Coronavirus: The Politics of the Pandemic

Xenophobia and the Fate of Globalization

Keeping the Pace After the Passion

Local Activists Strategize for the Long Term After Inauguration