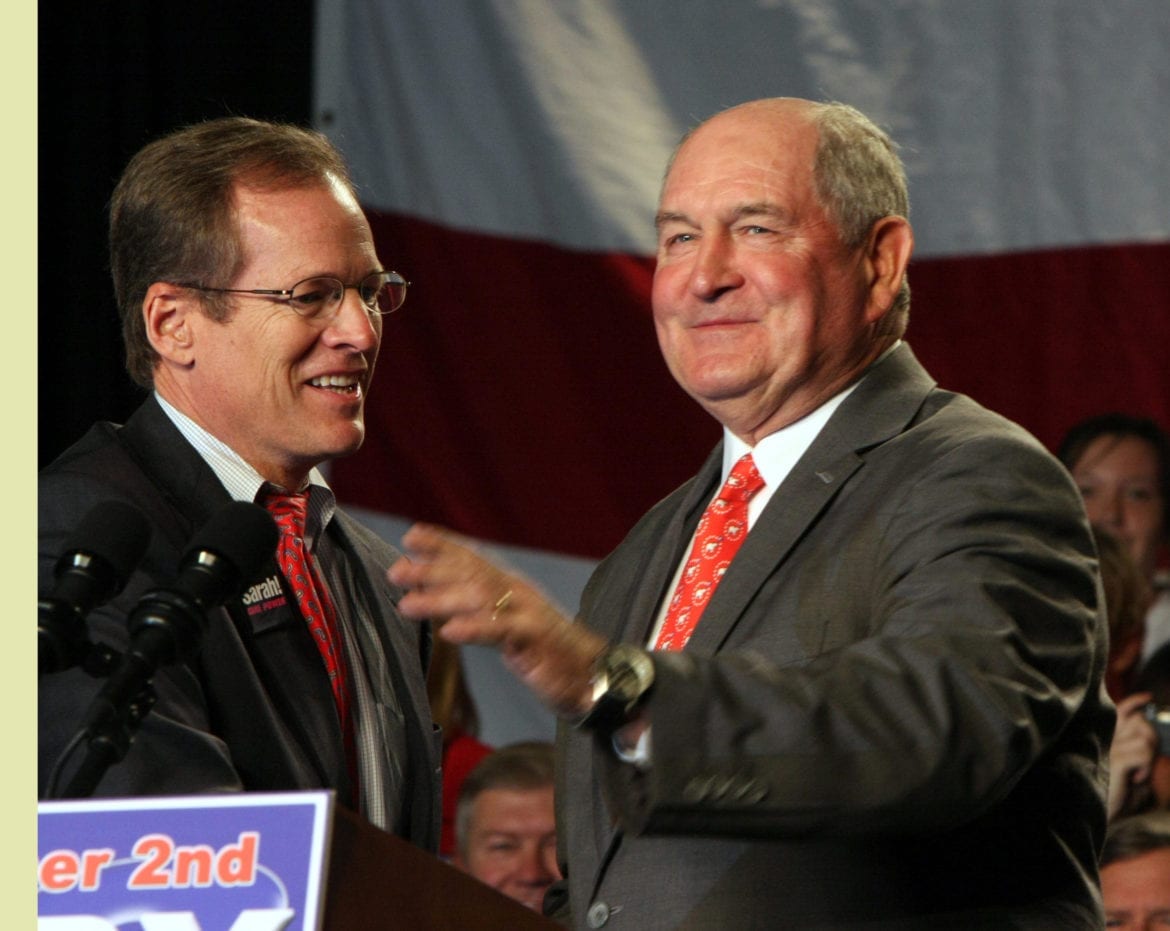 Sonny Perdue, the former Georgia governor nominated by President Donald Trump, is one step closer to becoming U.S. Secretary of Agriculture after the Senate Agriculture Committee approved his nomination Thursday.

Yet Perdue remains one step shy of the post; the full Senate has not yet scheduled a vote on his nomination. Perdue, however, is widely expected to be approved.

After a congenial committee hearing last week, the Agriculture Committee signed off on Perdue’s nomination with an easy bipartisan voice vote.

Republicans have generally joined many of the country’s largest agricultural interest groups in backing Perdue, with his background in agribusiness. Many farm-state Democrats have also praised Perdue, though Sen. Kirsten Gillibrand (D-NY) voted against his candidacy in committee, according to reporter Philip Brasher. A coalition of environmental groups that includes Food & Water Watch and the Center for Biological Diversity, in an email after the approval, called Perdue’s committee hearing and vote “disappointing.”

A full slate of issues awaits the next secretary at USDA, including a moribund farm economy, trade policy in disarray, differing political opinions on nutrition programs for the needy, and drafting the next Farm Bill. Corn Belt farmers are particularly anxious to learn more about the direction of agriculture policy, as the influence of Midwest farm interests may be ebbing.

Agriculture Secretary was the final Trump Cabinet position to see a nomination and it remains one of four vacant positions. The Senate has a busy calendar both before and after it is scheduled for a recess April 10-21, with hearings for Supreme Court nominee Neil Gorsuch and the expiration of a massive spending bill. When Perdue will get a vote before the full Senate remains to be seen.

Stuff Happened This Week. Here's What You Need to Know