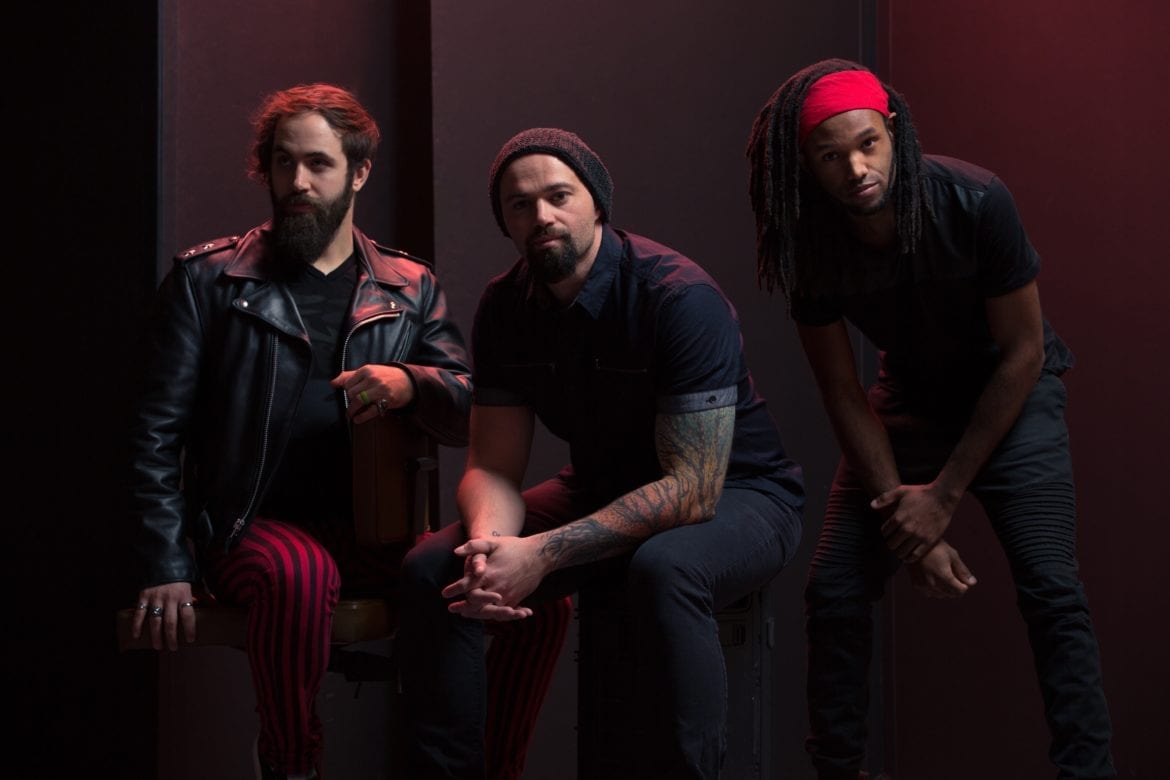 Run With It will end a seven-year run with a show at the Rino this Friday. From left, Ben Byard (bass), Miguel Caraballo (guitar and vocals) and Daniel Cole (drums). (Contributed | Chris Mullins)
Share this story

There will likely be hugs and tears tomorrow night at The Rino, as local alt rock trio Run With It completes its victory lap with one final show. And while their swan song will be the end of an era for one of this city’s more successful acts, Miguel Caraballo (guitar and vocals), Daniel Cole (drums), and Ben Byard (bass) want this final gig to be more of a party than a funeral.

“For us, we want it to be a night of celebration of what this career was as a band,”Caraballo said. “Some of it is for ourselves. We want to have a really good bookend on this thing. But the night is also for the people who supported us. We want to it be a really fun and happy experience, but we know it’s going to be very emotional too.”

The band formed in 2011 as a funk-rock and soul group featuring Caraballo and a few other local musicians. That original lineup released one album in 2014, “The Weekend.” Caraballo’s experience with the album led to a change in musical direction for the group.

Specifically, the title track from that debut explored themes of depression and mental illness, and it marked a turning point for Caballo who, as the principal songwriter, found that the funk and soul elements of the band kept him from exploring many of the themes that were most prevalent in his life.

Thereafter, the band focused more on alt rock, jamming with a host of musicians before locking in the current lineup three years ago.

Reflecting on the band’s strengths, Caraballo and Cole pointed to an array of talents. However, both agreed their greatest asset as a group, and the element that drew them together as musicians, was a dedication to the common cause.

“The main thing that attracted me to the group was the hustle,” Cole said. “The music was fun and whatnot, but they had this desire to succeed and put in as much work as they could to make it. These days, that’s a major key. If you can’t hustle and grind, you’re not going to get very far.” 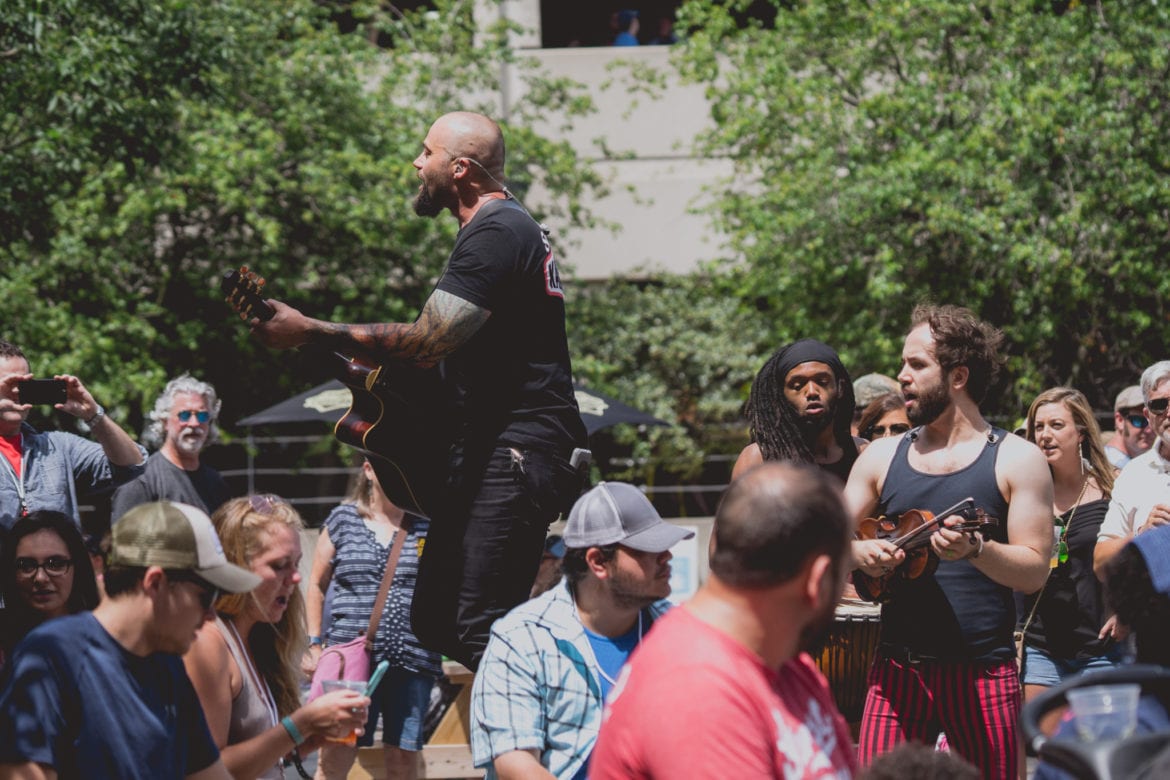 That hustle was on display in the band’s first release, “How to Start a Fire” — an eight-song EP that supported cross-country tours and landed the band a coveted spot at No. 66 on the iTunes alternative charts — a feat that is almost unthinkable for a fully independent band.

But building that fan support was a task. Part of the band’s vaunted drive came from consistent social media engagement, where the band was constantly uploading performance videos, live chats and a host of other content.

It was that kind of dedication and availability that won them more than 4,800 Facebook followers and 11,900 Twitter followers – the kind of social media figures typically reserved for bands with record-label support and professional marketing.

So what gives? All of this paints a picture of a successful band that is still trending upward. Why quit now?

“We were pushing hard and actually making money. But to reach some of those loftier goals we had as a group, we we were reinvesting that money back into the band. And for me it was working financially for a while,” Caraballo said. “But I’m married, and I have four kids. And the numbers didn’t make sense anymore — to the point of almost losing my own home. Because I was not only investing the money from the band, but also our own family savings, into this dream. So, I was faced with some hard choices.”

The group had a number of sit-downs to try and make it work, but they ultimately concluded that disbanding was the best thing for everyone involved. So, amicably, they booked a final slate of shows — all leading up to this weekend’s gig. 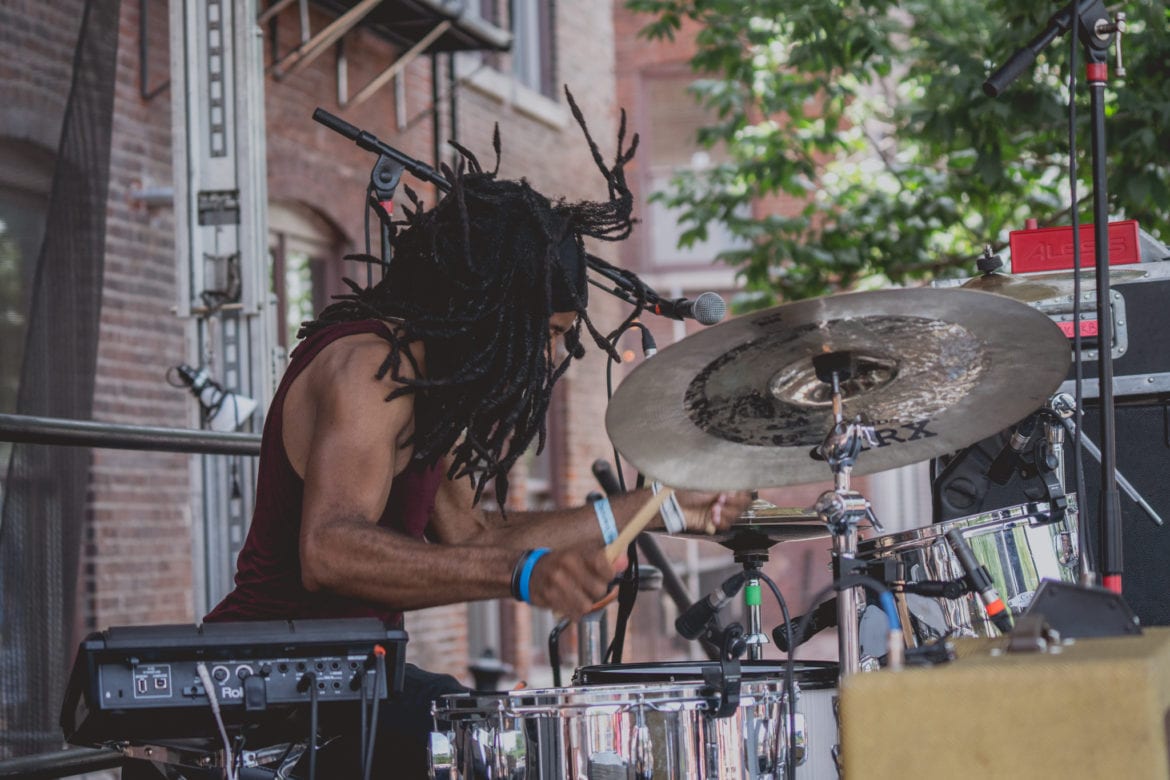 The story could easily serve as a harrowing reminder of how difficult it is to make it as an artist these days. By all accounts, Run With It was a success story. They built a grassroots following, they found and perfected their sound, and they did it all their own way as fully independent artists.

Yet, even though their story could have had a happier ending, the band isn’t discouraged. All of its members have other projects in the pipeline.

For instance, Caraballo has begun releasing music from his solo project, Middle Theory Music, and hopes to start touring again next year. And rather than pine about getting an unfair shake, he’s come away from his time with the band even more excited about the state of music.

But he knows he has more work to do.

“I get up at five in the morning and work a full day for another company doing social media and working in the field,” he said. “Then I come home, do music, and fall asleep on social media with a phone in my hand — all to promote my music. Unfortunately, if this is what you want to do, that’s what it takes. If you do it right, there’s a day where you’re not doing all that work, and you can look forward to building a team to handle all that. But until then, the hustle has to be real.”

Run With It will play its farewell show this Friday, August 10th at the Rino (314 Armour Road) with support from Eems and Keaton Conrad.