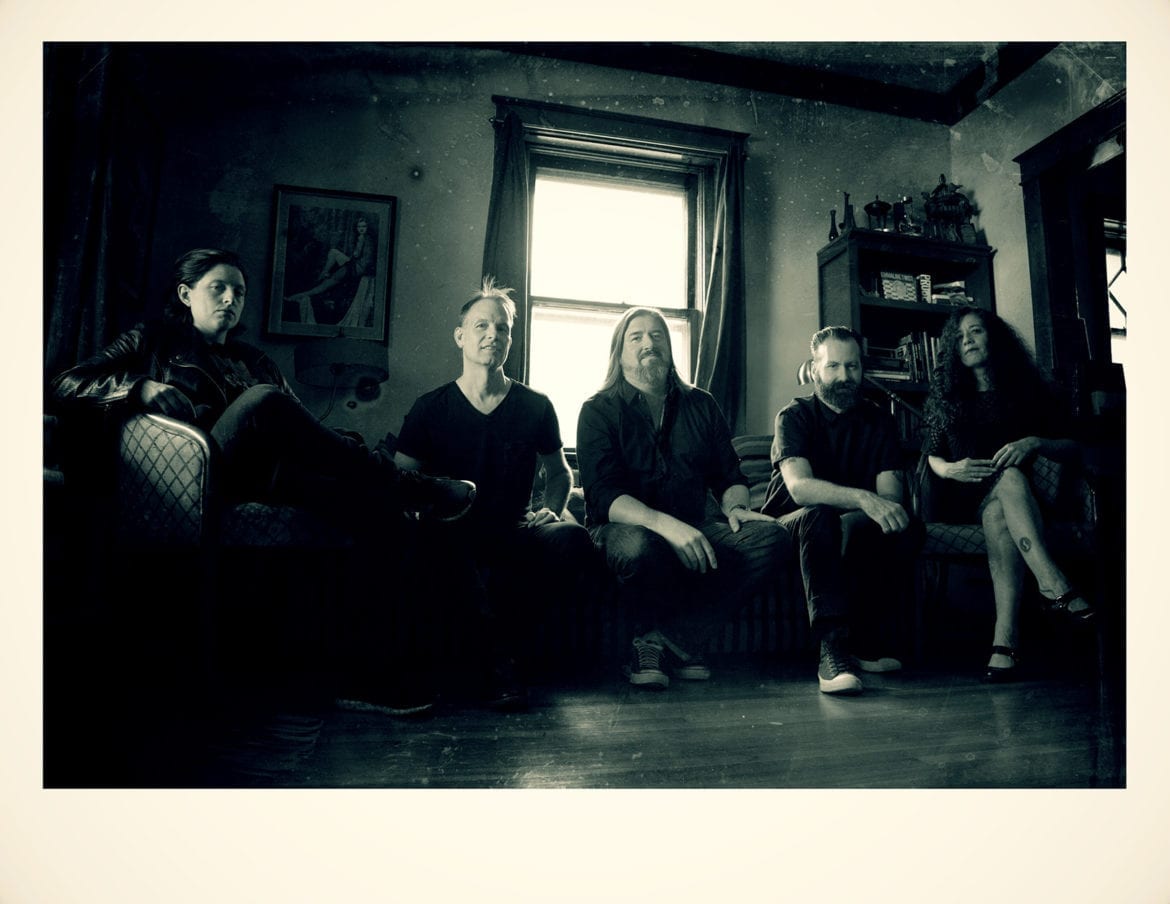 Local post-punk band, Emmaline Twist will take a leap forward with the release of its new album, “Dissimulation”, tomorrow.

To new artists and those outside of the industry, the record release process may seem as simple as heading to the studio, recording the songs, and giving those recordings to distributors for sale. But artists who have walked that path know there is a lot more involved.

So, in anticipation of their release, the band’s principal songwriter, Nemeth, gave us a peek behind the curtain to see how the tracks on “Dissimulation” grew from rough recordings to a shiny new vinyl pressing. 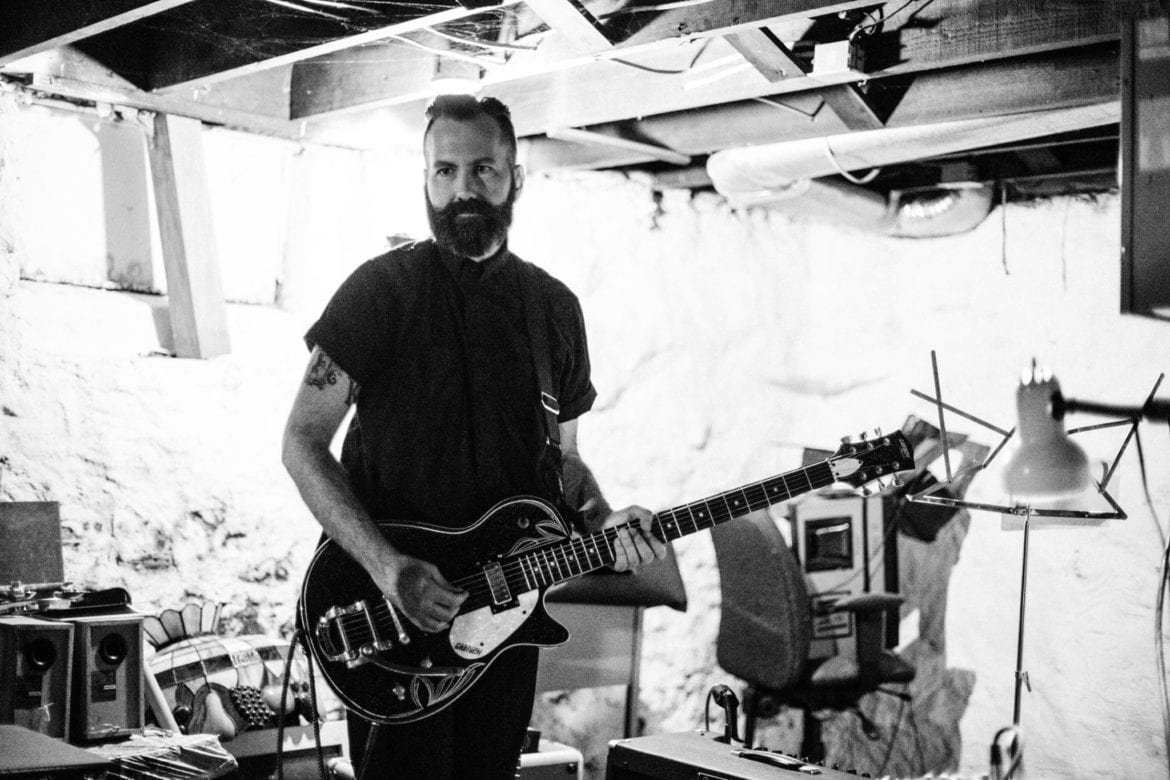 All of the songs on the new record began as demos he wrote, arranged, and recorded by himself.

“I will work up a groove and some riffs and a basic arrangement of an idea. And I’ll do that on my home computer,” Nemeth said. “I’ll get as much of it together as possible — at least enough for everybody in the band to hear what they can start with for their part in the song.”

To that end, Nemeth views the demos almost like the outlines of a coloring book, allowing his bandmates to build on it with their own shades and playing style. 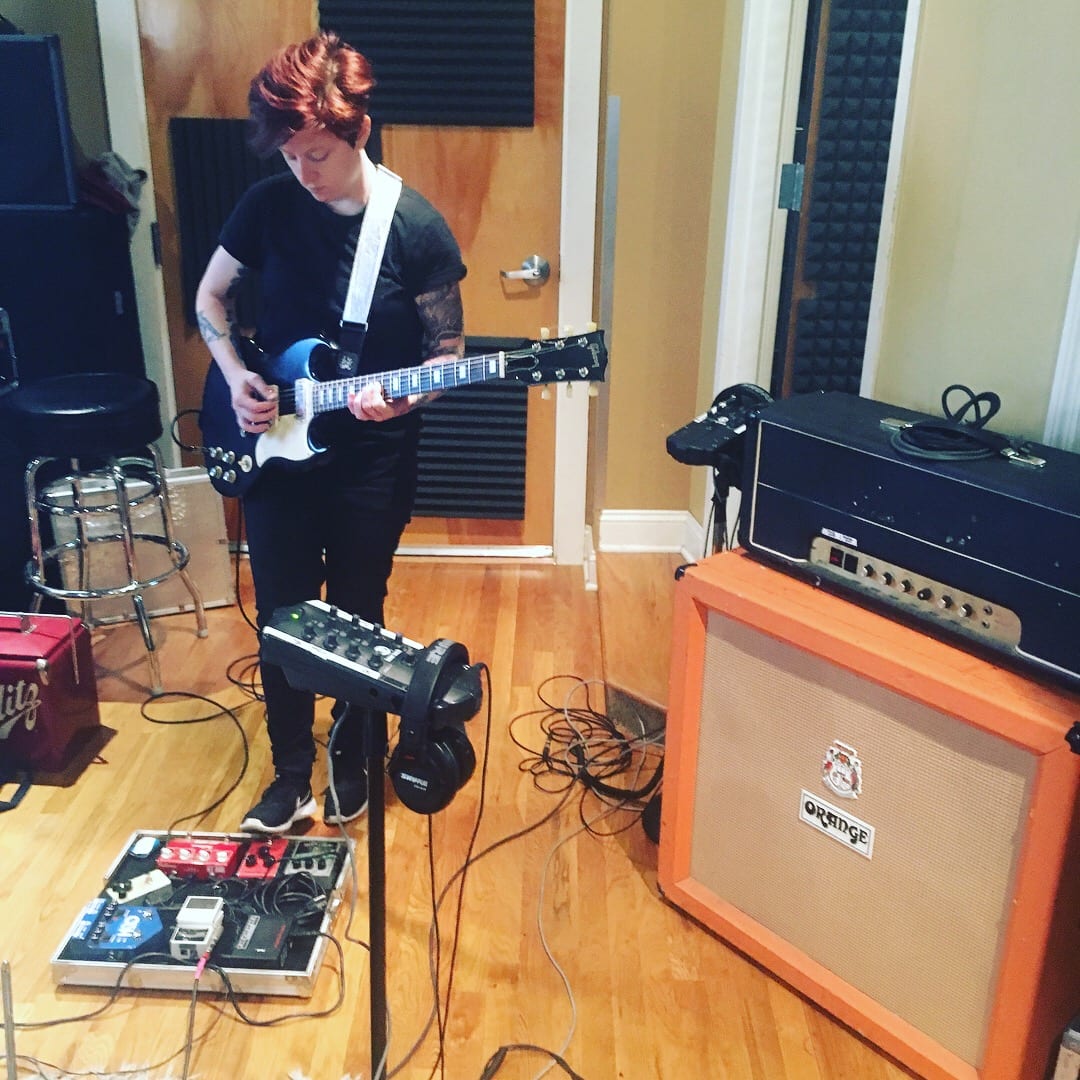 Let ’em have it

Once ET has a group of songs that they think are good enough to present to the public, the band tests them out at at gigs.

Band members aren’t always right about what works musically. For instance, there have been tracks they didn’t like in rehearsals, but which actually resonated with audiences, and ended up being some of their strongest on the record. When that happens, it’s magic.

But frequently, the live performances simply help the band refine the sound of each individual song.

“Do the transitions feel natural? Is the intro too long? A lot of bands will go on stage and just play,” Nemeth said. With our band, we’ve always tried to make a tight presentation of craftsmanship with these songs.”

Right side of the tracks

The point of all this up-front work is to refine the music before the next step — heading into the studio to track those songs.

Nemeth said the band is pretty efficient when they record, working on whole songs until they are completed, rather than focusing on each member’s individual instrument tracks across the whole album. That allowed the band to record the entirety of “Dissimilation” over two weekends at Massive Sound in Shawnee, Kansas, with engineer Paul Malinowski.

“Because of time, money, and brain power, we wanted to just go in and have a very clear idea of what we wanted to capture,” Nemeth said. “We don’t want to change what people are already familiar with on a song. We will either add to it or subtract from it to get the final track.”

Master of your own mix

Malinowski also mixed the album. Mixing is the process of taking each of the individual instrument recordings and adjusting the volume, pan, and effects to create a final version of the song. And Malinowski did so through a lot of give and take with the band.

“We would give him reference points, like, ‘This song needs to sound like Killing Jokes meets Mazzy Star,’ or something really bizarre,” Nemeth said. Whatever sonic reference points that we could use out in the wild, we would. And through the mixing, we would start to shape it towards those things.”

After mixing, the songs are mastered, or fine tuned, for final release on various mediums.

For instance, the plan to release the album in two formats required the same set of tracks to be mastered twice – once for digital by Mike Nolte of Eureka Mastering in Portland, Oregon, and then again for vinyl by Chris Muth at Taloowa Corp. in Yonkers, New York.

The band had the songs copyrighted and then registered with ASCAP, a performing rights organization. The digital masters were uploaded to CD Baby for distribution amongst all music digital streaming sites and download retailers.

For the physical copies, the band worked with their label, Black Site, and its partners to help get the vinyl records pressed. That process etches the songs onto a record mold called a “lacquer,” which creates a tool that stamps the music into the actual records that end up on shelves.

The mastering, lacquering, and pressing all require additional listening and input from the band to ensure the final record sounds like it does in their heads. It may seem like a tedious process, but the ends most certainly justify the means.

“I’ve been listening to records since I was a teenager. When I was growing up, having an album was how you experienced music. You would listen to it, look at it, and feel it,” Nemeth said. “It’s been an amazing experience to finally be putting out our own record after all these years as a musician. And I’ve loved every second of it.”

Emmaline Twist will celebrate the release of Dissimulation with an album release party this Friday, August 24 at the recordBar (1520 Grand Blvd.) with support from Mysterious Clouds and Sona.