Our Watershed | A History of Brush Creek 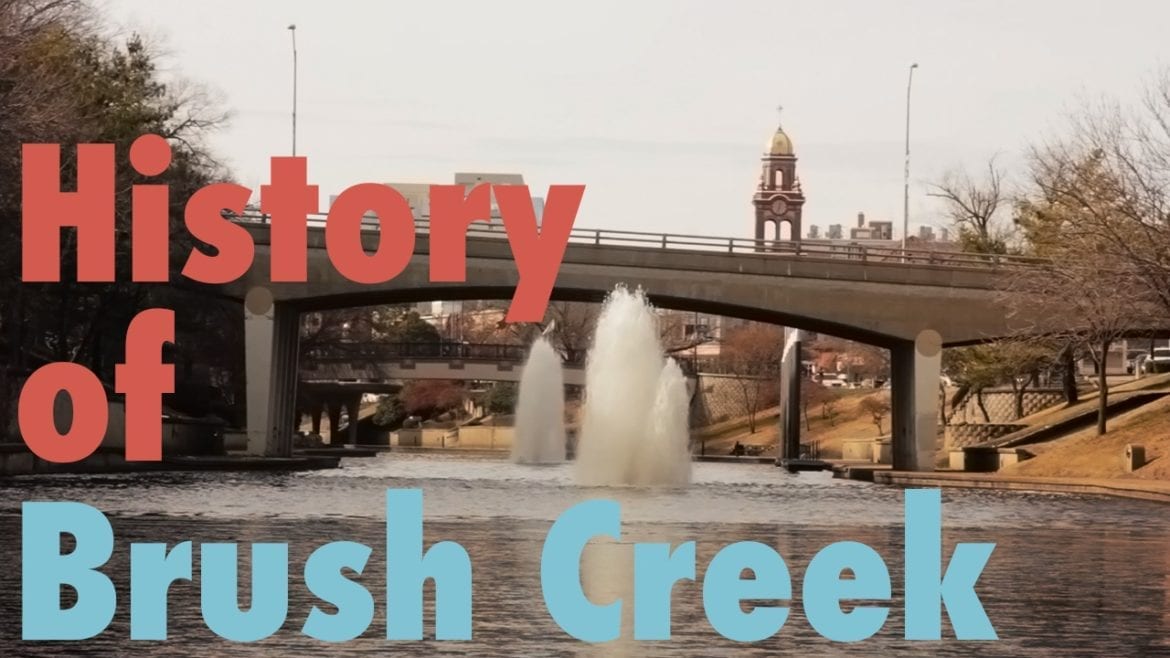 From questions of quality — think Flint, Michigan — to questions of access — think the Dakota Access Pipeline — understanding our finite resource of water starts at home.

Our story starts with Brush Creek, a landmark in the heart of Kansas City named for the brush that once grew on its sides.

Brush Creek, like many of the country’s sprawling rivers and creeks, is not bound by city or state lines. Rising in Johnson County, Kansas, Brush Creek flows eastward into Jackson County, Missouri.

Watch the timeline video above or read to learn more below.

1845 – John C. McCoy, a Santa Fe trader, establishes the City of Westport, located at the north end of the Brush Creek Basin.

1864 – The Brush Creek Basin, as well as much of Kansas City, is the site of the Battle of Westport. The last two days of the battle take place in what is now the Plaza area.

1931 – Kansas City’s Ten-Year Plan, put forward by political boss Tom Pendergast, is approved with the intended goal of making Kansas City “the greatest inland city in America.” The public works plan involves improving hospitals, roads and sewers, and it ensures the development of buildings like Municipal Auditorium. This provides many people with jobs, softening the blow of the Great Depression.

1935 – As a part of the Ten-Year Plan, Brush Creek is paved with the assertion that it will prevent flooding. Pendergast’s company, Ready-Mixed Concrete Company, takes the liberty of paving Brush Creek. Unintended consequences follow.

Former U.S. District Attorney Maurice Mulligan indignantly describes the act in his book, “Missouri Waltz: The Inside Story of the Pendergast Machine by the Man Who Smashed It”:

“Harmless Brush Creek, a trickling brook meandering peacefully through a swanky section of Kansas City, was paved — widened and paved as a though it were a traffic artery — and with Pendergast’s Ready-Mixed concrete to be sure!”

Though the purpose of the pavement was to prevent flooding, it instead provided Brush Creek with conditions conducive to flooding and pollution. Vegetation that would normally absorb rainfall was no longer present, and the pavement allowed more water to collect around Brush Creek and move at a faster speed.

1951 – Black Friday the 13th. Early July 1951 sees abnormally intense storms ravage the heart of America. That spring and summer experiences greater than average amounts of precipitation. This heavy rainfall sets the perfect conditions for flooding, as soil was already at or near saturation levels. The Missouri and Kaw rivers flood, affecting both Kansas Cities and areas as far as St. Charles, Missouri. The flood exceeds $935 million in damage, more than $8 billion in today’s dollars. With a death toll of 28, the 1951 flood reaches a depth that was not reached again until 1993. However, out of the 1951 flood comes the changes to Kansas City’s flood control procedures.

1991 – Beautification Projects | The Army Corps of Engineers partners with Kansas City for the Brush Creek Beautification projects. Completion occurs on time in 1996. The changes include the addition of water pumps to aid circulation, three geyser-like fountains and the reduction of fecal coliform — at one point 10 to 15 times the maximum level recommended by the Environmental Protection Agency, earning the creek the unfortunate nickname “Flush Creek”— improving the overall water quality.

1993 – The Great Flood of 1993 |Days of ceaseless rain culminate in a devastating flood that heavily affects the Mississippi and Missouri rivers. Overall, 50 people die, and the flooding causes $18 million in damage in Kansas City and $2 million in Johnson County.

2010 – The Next 25 Years | Kansas City makes a deal with the EPA to improve sewage runoff and sanitation problems. The improvements are projected to cost $2.5 billion for the 25-year process.

— Brush Creek provides a glimpse into the past, present and future of Kansas City’s public water. As water issues become a major point in our nation’s discourse, we can see them reflected in our own watersheds. Follow Public Works? The Cost of Our Aging Infrastructure, here at Flatland, and on Facebook and Twitter #KCPublicWorks