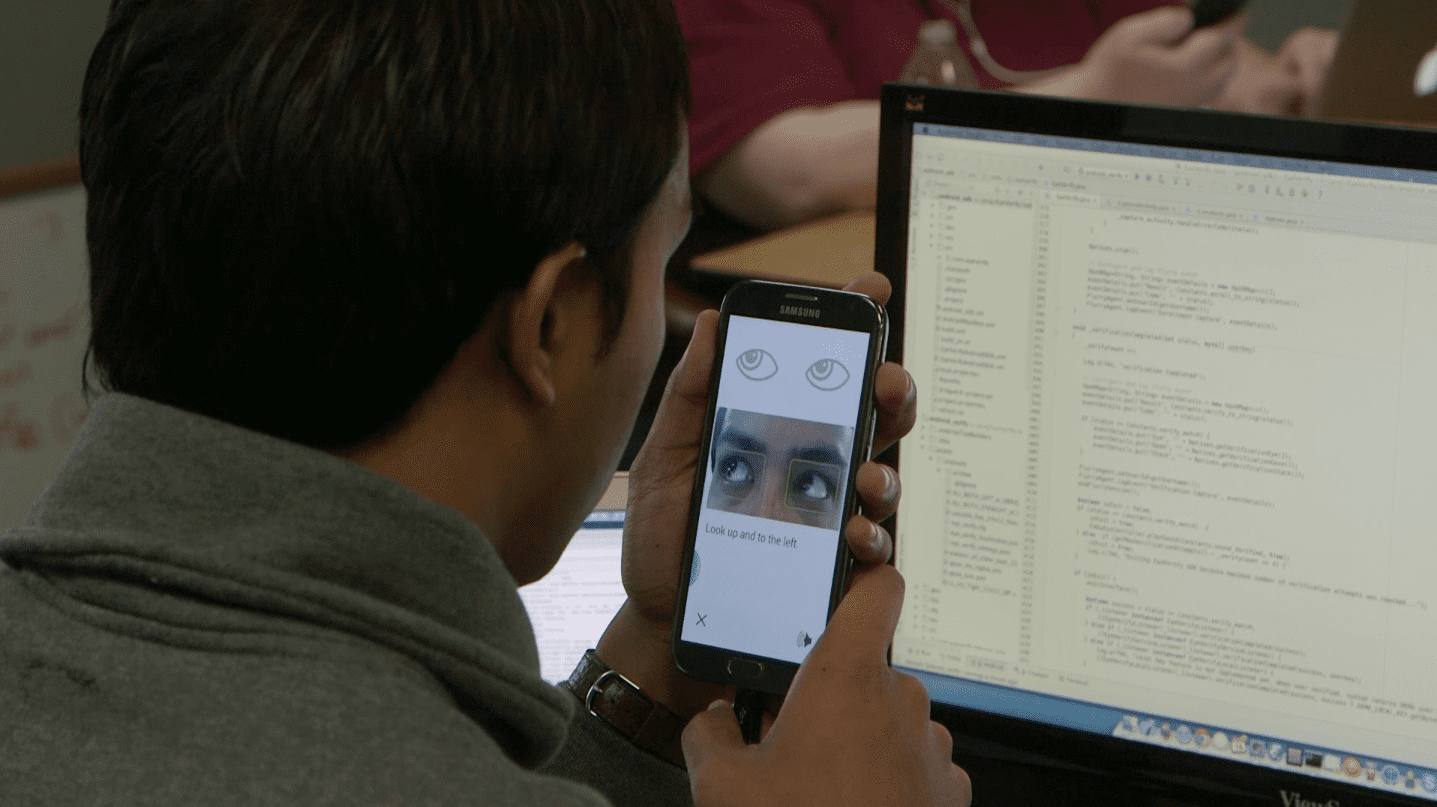 Phones can be unlocked using swipes, passwords or even fingerprints, but soon users may be using their eyeprints. It seems like something from a science-fiction movie, but a Kansas City company is making it a reality. EyeVerify wants to make mobile security as simple as looking at the phone.

As easy as the unlocking process will be, the process of using an eyeprint to verify an identity is very complex. To accomplish the verification, EyeVerify uses Biometrics, which Toby Rush, CEO and founder of EyeVerify, said is “essentially pattern matching.”  It matches the blood vessels in the whites of eyes and, based on that pattern, generates a key. Rush describes this key as a long, unique string of numbers that will identify the user. If the key doesn’t match, the user will not be verified.

Rush said the technology behind EyeVerify originated from UMKC professor Reza Derahkshani. “KC Sourcelink and UMKC have a program called Whiteboard to Boardroom where they look for technologies inside the universities that they think have high potential. This was one of those,” Rush said. “I heard about it, went over to the university and sat down with Reza and just became fascinated.”

Rush and company have seen a lot of success recently, winning multiple awards: Silicon Prairie’s startup of the year, Consumer Electronic Show’s rookie of the year and technology innovation awards and the national and international Get in the Ring competitions. Some of the awards also came with monetary gains. EyeVerify won $10,000 at the national Get in the Ring contest, as well as 1 million euros at the international one. Concerning the string of awards, Rush said, “You don’t set out trying to win awards; you set out building a great company. It’s not really going to change what we are doing. It’s not changing our trajectory.”

Now that the technology is developed, the next move is to take it to market. “Initial markets for us are a little bit more higher security–based applications that would be working with enterprises allowing their customers to access it,” Rush said. Some examples of these are mobile banking and healthcare applications. “Those are the initial markets. We also have some consumer-based applications coming.”

Some may be concerned about the information EyeVerify has about its users. With different companies gathering and selling user information, the potential for information as personal as an eyeprint being used for purposes other than verification are unsettling. But Rush assured that “there is no big database of your biometric.”