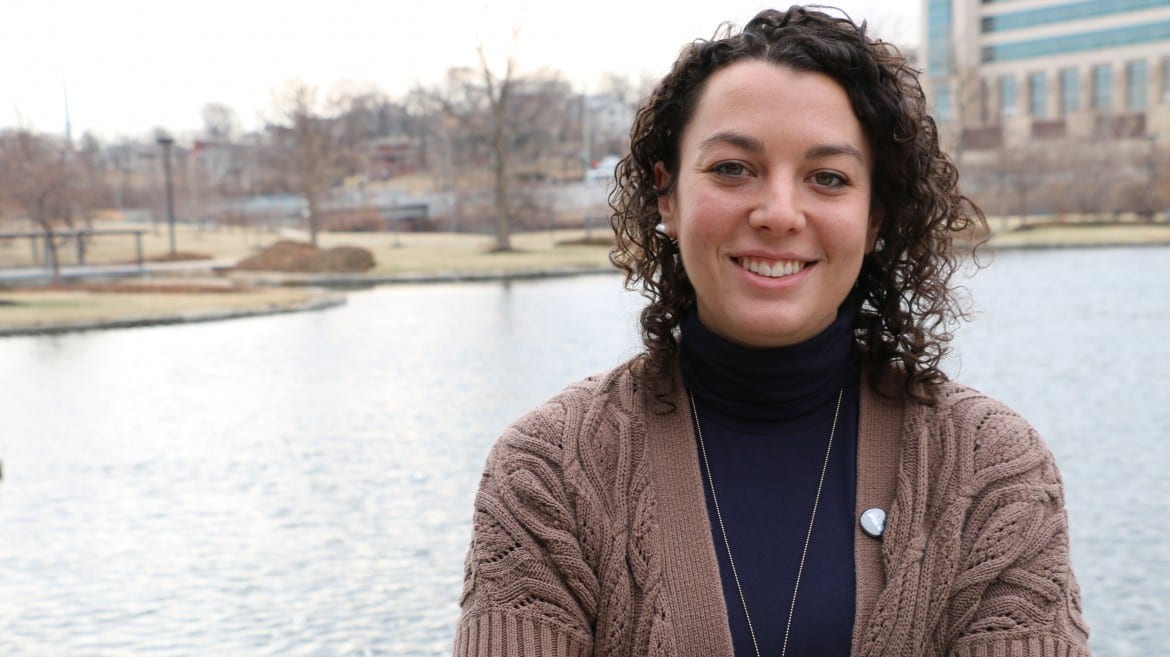 Melissa Roberts is a small business owner and advocate in Kansas City. She is fills multiple entrepreneurial roles within the community from advising to creating sustainable businesses in the metro.

Who is Melissa Roberts?

“I’m a KC native and a member of KCPT (see what I did there?). I’m a former political junkie and a current small business owner. I’m constant advocate for Kansas City, tech and entrepreneurship in rural communities and funding for the arts.

Most notably, I serve on the 1 Million Cups organizing team here in KC, help the program grow nationally and serve as the voice behind @1MillionCups and @1MillionCupsKC. I’m also on the advisory boards of the ArtsKC Fund and Band of Angels — two local arts organizations that do a ton of work to support local artists and music education. In my free time, I run marathons, bounce around the startup community and try to train my very unruly puppy, Cooper.”

You are very active in the community, from 1 Million Cups to CropRate Wellness. What projects and companies are you involved in, and what do you do in them?

“Primarily, I run a small public affairs and social media consulting firm, Free State Strategy Group LLC. In addition to my work with 1 Million Cups and staying involved with the KC Startup Village, I’ve been working on CropRate, an idea for a corporate wellness program based around promoting healthy eating habits through on-campus farmers markets, with my StartupBus team.”

What brought you to work in this field?

“I started out working on political campaigns in Boston and later moved down to D.C. for a while. I loved the fast-paced, stressful environment and the camaraderie that you build with people under those circumstances, so I think the fact that I ended up working with startups is predictable, if not inevitable. There are a lot of similarities (and similar challenges) between campaigns and the startup grind.

Also, I’ve long been an admirer of Mr. K. Growing up in KC, Kauffman is a household name. So in a lot of ways, that name is what got me involved with 1 Million Cups initially. Having even a loose association with the people that are working to live out his legacy every day is incredibly rewarding. Even though I never knew him personally, or even met him, I get the sense that he would like what we’ve done with 1 Million Cups, and we try to keep his vision at the core of everything we do with the program. We’re constantly asking, ‘What would Mr. K do?’”

What is the biggest obstacle that you have dealt with in your profession(s)?

“Between politics and startups, I’ve always worked in environments that are typically not very open to women. That’s a problem I’ve faced in many different ways throughout my career and one that I’m passionate about solving.

When I was working for the Mass. Women’s Political Caucus, we had a serious problem building a pipeline of female candidates and campaign staff. Yesterday, someone called and asked me to put them in touch with a female developer in KC — I could only name 3. They’re essentially the same problem — in a lot of ways, it’s deja vu all over again. That’s why it’s heartening to see the great work that groups like KC Women in Tech, the Athena League, Women in STEM and the Central Exchange are doing. It’s comforting to know there’s a lot of thought and resources being devoted to solving this problem locally.”

You recently went on the StartupBus. What was that experience like?

“That experience was incredible, exhausting, wonderful and terrible all at the same time. There’s a reason they call it ‘boot camp for entrepreneurs.’ I had no idea what to expect going into it, and I was absolutely exhausted at the end, but I made some friends that are going to be around for a long time and together we built 5 companies, all of which had a legitimate opportunity to continue on after the leaving the bus. Not bad for 4 days on a bus in an ice storm. I know you can read all about it on KCPT.org, so I’ll stop there.”

What is the most exciting part of your work?

“I take great pleasure in connecting dots. Sometimes that means making introductions and putting people in touch that really ought to know each other. Sometimes that means translating between the startup community and government officials. Sometimes that just means helping someone arrive at a new idea that can take their business to the next level. For me, there’s no more rewarding feeling than introducing two people, forgetting about it for a couple of months and then hearing later on that they’re working on a project or company together. I like to think of myself as a startup yenta, but that might just be self-flattery.”

What should we expect to see from you in the near future?

“The same thing we do every night, Pinky… In reality, I’m focused right now on growing my business and providing exceptional service to my clients. I’ll continue to keep tabs on as many people as humanly possible in the startup community and help 1 Million Cups grow even more domestically and, hopefully, internationally. I also want to find a way to help use what we’ve learned in developing the community in KC to outlying, rural areas in Kansas and Missouri. And I’m trying to qualify for the Boston Marathon sometime this year. I need a little bit of work before I get to that point, though — you have to be pretty fast.”

What do you think the future has in store for the local entrepreneur community?

“Unfortunately, I think there will be as many challenges as opportunities for KC moving forward. Our community is stronger than ever before, but I think we’ve fallen short on solving some of our big-picture problems over the last couple of years.

There are (and have been for a while) thousand of open jobs for engineers and developers that we simply don’t have the talent to fill. We haven’t truly cracked the nut on communicating why having a gig connection to the home is important — and the window of opportunity for KC is closing in this regard as other gig networks come online. Economic development border wars cause local governments to throw huge tax incentives at companies that move across the state line or somewhere else entirely in five years, creating a sharply spiraling race to the bottom, while startups struggle to find resources. KC startups are still at a disadvantage when it comes to raising money. I can only name three female devs off the top of my head. That’s just the beginning of the list.

There’s been a lot of progress, and many people are working very hard to solve these problems, but we don’t have time to pat ourselves on the back right now. There’s so much left to do.”