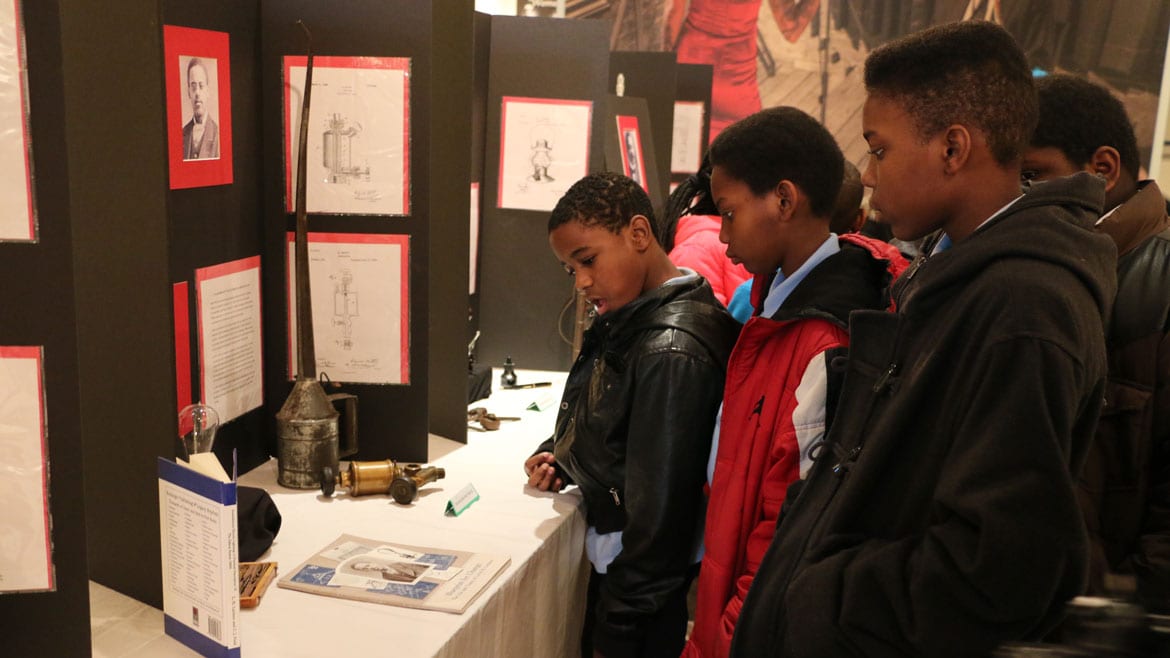 What do a refrigerated truck, a Super Soaker and a golf tee have in common?

All were invented by African-Americans, and all were featured in a travelling exhibit at the American Jazz and Negro League Baseball Museum this week.

About 15 years ago, Carroll and Sandra Lamb attended a traveling black culture museum, but they realized that part of the history was missing — the history of black inventors.

“My wife and I both concluded that we were pretty knowledgeable about black history, but we really didn’t know anything about black inventors,” Carroll Lamb said. “And so my wife said, ‘You know, the kids really ought to know about this.’ And I responded, ‘Everybody should know about it.’”

So they founded the Institute of Black Invention and Innovation, which includes the Black Inventors Showcase. The Lambs moved to Kansas City from Massachusetts about four years ago and now run the institute out of KC. The exhibit was displayed as part of the Black History Showcase hosted by aSTEAM Village Wednesday.

The exhibit, which was set up in the American Jazz and Negro League Baseball Museum lobby just for the day, features more than 100 black inventors and their inventions. It showcases work by well-known black inventors like George Washington Carver, as well as work by lesser-known inventors like Frederick Jones, who invented the refrigerated truck.

“Well, when people see it, they’re very impressed to know that black people had done all the things that we’ve done,” Carroll Lamb said.

The Lambs pride themselves on having many of the actual inventions on display, not just pictures. They found many of the items in antique stores and on eBay, and their collection is constantly growing.

The Lambs have shown the exhibit on the east coast, as well as in Kansas City’s local libraries, public schools and several local businesses. Sandra Lamb’s background is in early childhood education, so one of her main goals is to tap into children’s natural curiosity about the world.

“We really are interested in getting more kids involved in STEM,” Sandra Lamb said, adding that she prefers to call it STREAM, adding research and art.

Both Sandra and Carroll Lamb have retired from their previous fields now, focusing entirely on the institute and its exhibits. For Carroll Lamb, seeing people learn about America’s many black inventors makes it well worth it.

“I remember one day when we were exhibiting at Mt. Holyoke College, this young lady had gone through the exhibit,” Carroll Lamb said. “And she sat down and began to cry and said, ‘I didn’t realize that black people had done so much.’ It was just overwhelming for her.”

curiousKC | Who was D.A. Holmes and Why Was a School Named After Him?

Powerful beyond the pulpit

Digging Up the Truth About History