On Sept. 16, 1969, a small group of Chicano students at Kansas City’s now-closed West High School marched off campus to advocate for civil liberties.

As the sounds of mariachi played, they marched toward the Chicano Cultural Center. Inspired by the nationwide Chicano walkouts in the late 1960s and early ‘70s, students as young as 14 years old demanded equity, support of the Mexican American culture and better quality education, among other things. They were supported by the Kansas City chapter of the Brown Berets, a Chicano youth activist group popular in the Southwest and West Coast.

The school’s principal, Arnold Davenport, was also on board and called the students “admirable.” The vice-principal Paul Gonzalez, who was a role model to the students, was integral to the demonstration.

“Like Hispanics in other areas of the United States, those in Kansas City struggled to end discrimination, promote equal opportunities, and strive for self-determination,” historian Leonard Ortiz wrote in his 1999 article, “La Voz de la Gente,” as a graduate student.

Ortiz is now a professor at Baker University, where he teaches little-known histories of social and cultural revolutions. He said that even though a smaller percentage of Mexican Americans resided in the Kansas City area at the time, the community was booming between the ‘60s and ‘80s. As the Chicano communities grew, so did racial tensions.

So, the community mobilized the Chicano Walkout using whatever they had at their disposal to get the word out.

“Nobody would have known about this if it wasn’t for these neighborhood newsletters that were being distributed,” Ortiz said. “(The Chicano Walkout) set the stage for other demonstrations and marches in Kansas.”

In the ‘60s and ‘70s, Kansas City lacked newspapers and newsletters that catered to the Spanish-speaking community, so they started their own. These, Ortiz said, were the catalyst for the movement.

The most influential publications, which ranged “from simple newsletters printed by neighborhood organizations to more sophisticated periodicals,” were published by Penn Valley Community College in Kansas City; the U.S. Penitentiary in Leavenworth; and the Kansas Advisory Committee on Hispanic Affairs in Topeka. Poems and articles critiqued unfair treatment and highlighted issues their community cared about.

And the five most important topics were education, culture, community, revolution and pride. They stood for reform, despite critics’ argument that it was an excuse to miss a day of school. One man, Charles Lona, who was the chairman of the La Raza Education Committee, responded in an article featured in “The People’s Voice” paper.

“This is more than missing a day of school,” Lona wrote. “It is a way of saying, ‘I am Chicano, and my place in this country is just as important as yours.’”

To better understand why high schoolers mobilized, it’s important to consider the deep roots Mexicans have in the Midwest, what they experienced and what initiated the walkout in the first place.

A History of Discrimination

As early as the late 1860s, Mexican laborers traveled through El Paso, Texas, to get to Kansas to herd cattle. This became more common in the years that followed.

In Mexico, work was hard to come by in the early 20th century. The Mexican Revolution and the advent of commercial agriculture caused job shortages, economic hardship and unstable living conditions. As a result, husbands and unmarried sons would make the trek north to find work. Once they found a stable job, their families would follow.

The majority of Mexican workers came to build the railroad, work in agriculture and, later, at meatpacking plants, which caused a large migration to the area.

This is how Valerie Mendoza’s family arrived in Kansas. Mendoza is a historian and grant director at Washburn University and a fourth-generation Mexican American in Kansas.

“I remember my grandmother having the button ‘Boycott Grapes,” she said, referring to the migrant farmworker movement spearheaded by Cesar Chavez in the ‘70s and ‘80s. Her family’s history and that of her community has influenced her work. Mendoza helped create a virtual tour of Latino History of Kansas and has authored many articles on Latinx communities in the Midwest.

She said that during World War I, Mexican laborers filled in wherever there were shortages. Although an increasing number of Latinos created permanent homes in the area, they continued to face discrimination and unequal treatment.

Others made their way as vaqueros – or cowboys – herding cattle to the area. This would inspire a famous old ballad entitled “Corridos de Kiansis.” That’s how Mexican workers pronounced the name of the state, which can be heard in an old recording obtained from the Library of Congress.

The song “Corridos de Kiansis” sung in cattle drives and on ranches –  similar to the newsletters and newspapers of the ‘70s – communicated a desire for equal treatment.

“Like Chicanos during the Chicano movement, vaqueros were a proud people who often protested oppression and injustice through music and literature,” Ortiz wrote.

According to the Kansas Historical Society, “upward mobility came slowly for the Mexican American population in Kansas. They suffered racial discrimination which prevented access to better housing, jobs, and education, in part because of their desire to preserve their own culture.”

He said Chicano activists were challenging the dominant society about how Latinos were treated and perceived.

“When we are we’re stereotyped and all that does is perpetuate this idea that we’re only half-human,” he added.

Despite a thriving community, families faced obstacle after obstacle, year after year.

One example is from 1925 when four Mexican students enrolled at all-White Argentine High School. White parents petitioned to remove the Latino students from the classroom, but the Latino students and their parents fought back. Students got along just fine, according to the Kansas Historical Society, but the White parents didn’t like the idea of integration. An excerpt from the historical society recounts the deeply-rooted racism and how it impacted four young student’s access to education:

Segregation was common at other middle schools. Latino and Black children either had to attend an entirely separate school or be in another room – at times the basement, according to an essay for Latinx KC.

After a one-year battle for equal education, Argentine High School became the first integrated school in Kansas City. But the four students faced another setback. They missed one full year of school in the time it took the Board of Education, the Wyandotte County Attorney and governor at the time to work it out.

Still, students who attended integrated schools experienced backlash. And these are the stories the high school students in the 1960s heard from their elders.

Even the Mexican Americans who fought in World War II faced racism upon their return.

“They’re not treated like Americans, they are still those Brown people, right? That other,” Mendoza said. “So it’s their children – that third-generation (who) see and grew up with those injustices that (said): ‘Hey, wait a minute, this isn’t working. We’re just as American as everybody else.’ The children of the immigrants, they’re Americans, you know, whether they were born here or not, you know, they came like today’s Dreamers.”

Nearly 50 years later, the impact of demonstrations like the walkouts, boycotts and strikes are evident. Even though Mendoza said the community continues to fight for some of the same issues, her family is proof of the change students pushed for in the 1960s and ‘70s.

“My parents… helped start an educational center here in Topeka, where the goal was to get high school students onto college,” she said.

Opportunities like that wouldn’t have been possible without that push, she said. She pointed to other changes such as integration, employing people of color in schools and school boards, which have helped create curriculums that consider authors from other national origins, ethnicities and races.

“I’m very heartened by the younger generation, you know, the high school students, the college students, the young adults who are just really out there protesting and marching and aren’t afraid to speak up,” Mendoza said. 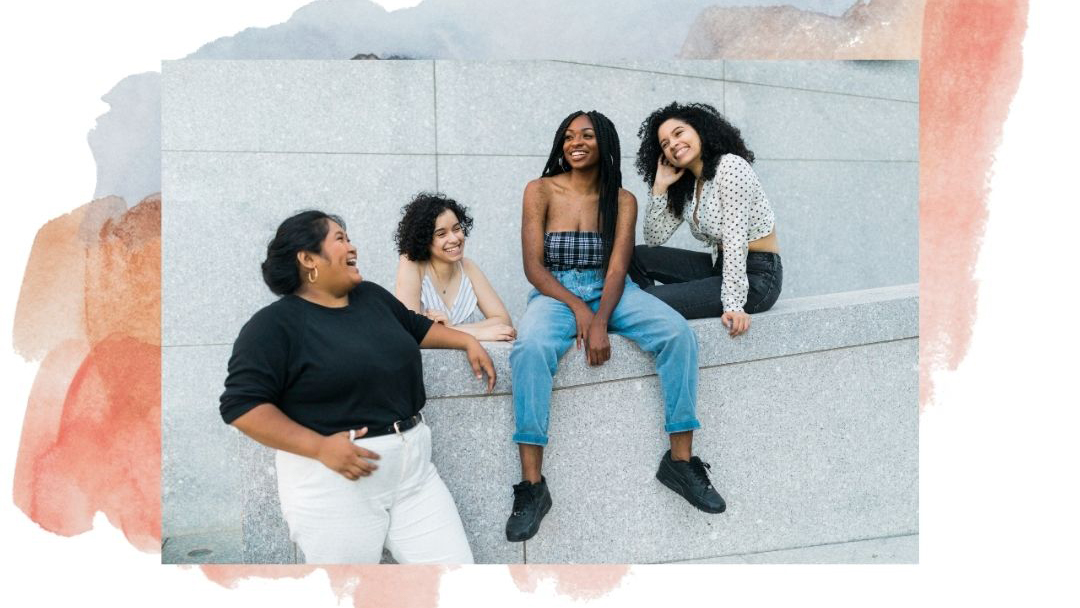 A Seat at the Table: Latino Educators on Mentorship and Education in KC Here’s what three Kansas Citians are doing to support the metro’s Latino students.