Kansas City hosts Mayors from Around the Nation for Entrepreneurship Conference 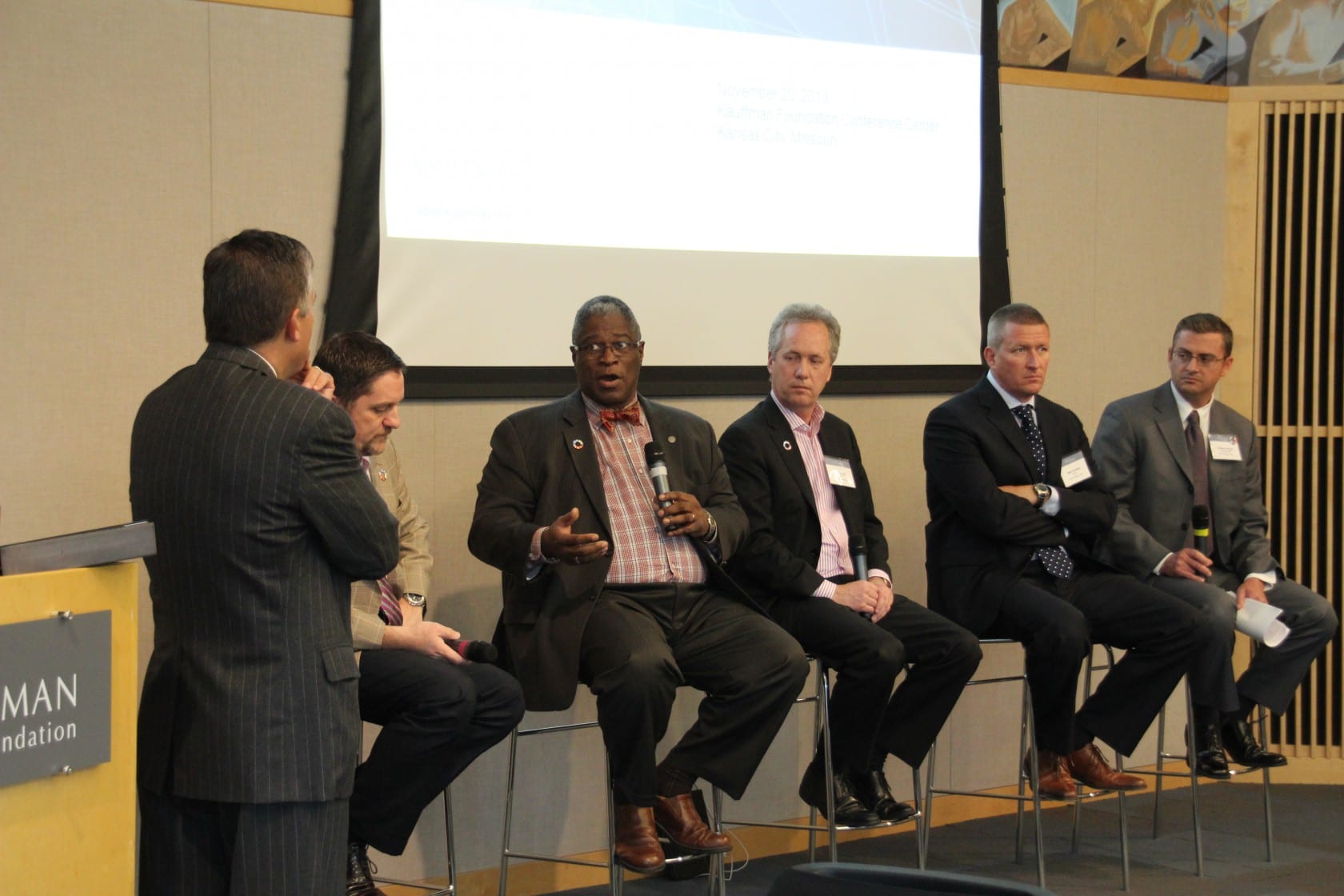 Kyle Geary | Kansas City, MO–Mayors from around the country gathered under one roof Wednesday to discuss the hot topic of entrepreneurship.

The Mayors Conference on Entrepreneurship, held at the Ewing Marion Kauffman Foundation, featured seven different speakers who covered everything from art to economics. It also hosted two roundtable discussions, where panels of mayors spoke candidly about issues facing their cities today.

The discussions were moderated by Peter deSilva, president and COO of UMB Bank – which is headquartered in Kansas City, Mo. He addressed the mayors at the beginning of the first panel by claiming that other entrepreneurial cities in the United States “Don’t hold a candle to Kansas City.”

Kansas City, Kan., Mayor Mark Holland, and Kansas City, Mo., Mayor Sly James were on the second panel and covered issues regarding the ongoing battle of bringing businesses back and forth across the state line.

“We are really part of a larger region,” Holland said concerning the division between the states. “By working together, we are seeing a boom on both sides of the state line,” James added.

John Dearie, co-author of “Where The Jobs Are,” spoke to the elected officials about the impact new businesses have on economic growth in the country.

Dearie emphasized the importance of startups and the need for government to alter economic policy for startups. Specifically, he named over-regulation to be a major obstacle for startups. He acknowledged the need for funding entrepreneurs but stated “they also need policy help.”

Ann Markusen, the director of the Arts Economy Initiative and the Project on Regional Industrial Economics in the Humphrey School of Public Affairs at the University of Minnesota, spoke about a different type of entrepreneur. Cultural entrepreneurs, such as artists, are typically much more likely to be self-employed, and, as a result, some solutions and policies for traditional employment would not cater to them. The message she advocated aimed to help cities nurture these cultural entrepreneurs.

Aside from the presentations, the mayors also attended “1 Million Cups,” the weekly meet-up for entrepreneurs to network and learn about different startups.

Nate Olson, a specialist in Entrepreneurship at the Kauffman Foundation, helped found the weekly event and explained the rapid, organic growth that resulted. “In our first six months,” Olson said, “we grew from twelve people a week to around 150 people a week.” Olson also took the opportunity to give a direct message to all of the mayors. “You guys should give free access to all chamber events to entrepreneurs,” Olson said.

The Mayors Conference was more than just lectures and discussions though: it was a chance to show off Kansas City. The mayors were able to see the epicenter of startups in the metro, Kansas City Startup Village. This optional tour showed off the entrepreneurs and business owners and their Google “fiberhood.” They were also taken to the Google Fiber Office Space, which serves as the showroom for Google’s first gigabit internet service in the country. Union Station was also on the tour.

At the end of the conference, the Mayors were treated to a Kansas City tradition – barbecue. The mayors were taken to Jack Stack BBQ before they went back to their respective communities.

Heed The Call of The Sandlot

Entrepreneurship, education meet in the form of a hot dog cart