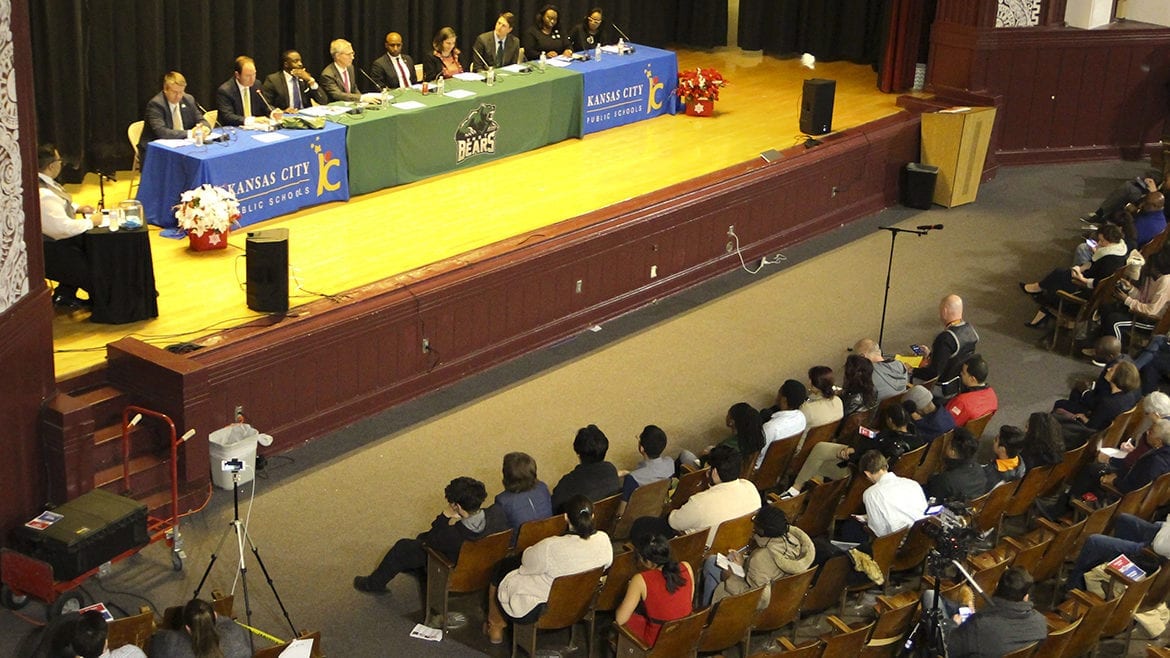 The idea seemed far-fetched when it was first suggested in October to East High School teacher Katharine Perna.

What if her multiculturalism and social justice class could persuade the nine leading mayoral candidates to answer questions, in person, crafted by the students themselves?

On Wednesday night, before an audience of about 150 people in the school auditorium, that idea became a reality with a nearly two-hour question-and-answer session.

Each candidate had a set amount of time to respond to questions covering economic development, teen homelessness, recreational opportunities, police training and accountability, and education funding.

“It was wonderful,” said class member Zamirah Felton, a 17-year-old senior. “The vibe I got from them was good. It was not like, ‘Oh, I have no choice but to be here.’ It was like, ‘I want to be here. I want to hear what the students have to say.’”

To get started with the project, the class identified issues by watching a local documentary about the city, “We Are Superman: The Transformation of 31st and Troost.”

Perna was disappointed that time constraints allowed for just five of the questions to be asked, but overall she was pleased.

“The candidates did a really good job answering the questions,” she said, “and the kids did an excellent job asking them.”

Besides the snow-removal question, students had also hoped to ask about the treatment of undocumented immigrants and housing assistance for low-income families.

The mayoral primary is April 2, and the general election is June 18.

Here are some of the topics the candidates did have a chance to address:

Junior Benoit Bilombele, 16, was one of the students who was barred by time from asking a planned question. He was happy with the outcome nonetheless.

“Tonight was a really meaningful debate, not just to this school,” he said, “but to all the people who live east of Troost.”

Felton and some of the other students were especially moved by responses to the question about reducing teen homelessness.

Here’s what the candidates had to say on that topic: