Get Behind The Ring: A Clash at the Kauffman Foundation 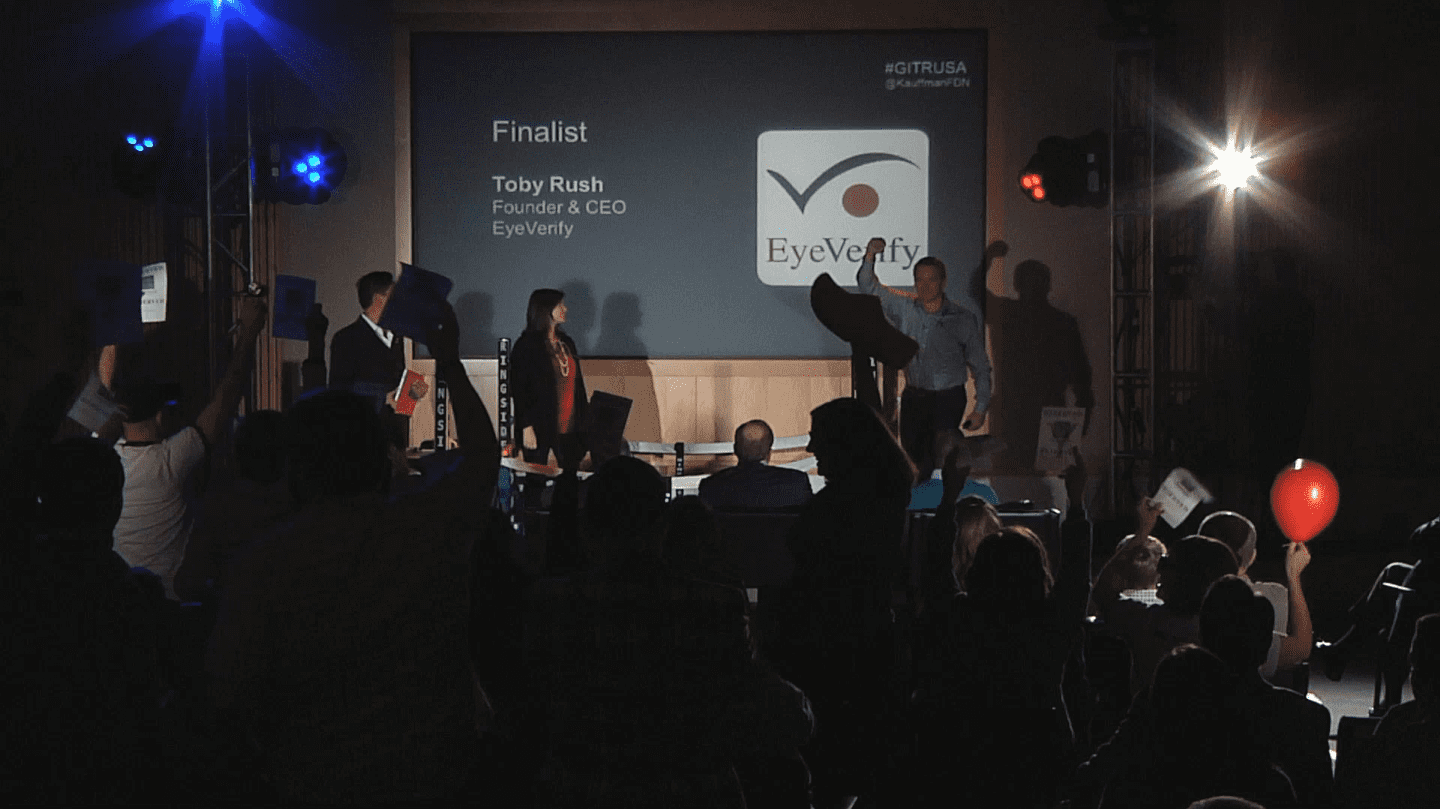 Kyle Geary | Kansas City, MO – If you stopped by the Kauffman Foundation Monday evening, you may have thought you were about to witness a championship boxing match – and you would be, at least partially, correct.

There was a “clash” at the Kauffman Foundation, but instead of punches being thrown, pitches were. The event was complete with a miniature boxing ring, an enthusiastic announcer and a riled up crowd.

The final round of “Get In The Ring: The American Startup Clash” featured eight entrepreneurs who fought it out – with their pitches – for the chance to be crowned national champion. The winner will represent the US at the international finals on November 22, in Rotterdam, Netherlands.

The format of the event consisted of four initial rounds, where two entrepreneurs would answer questions from the emcee of the event as well as the panel of judges. At the end of each round, the judges would discuss and decide who won the clash.  The final round put the winning entrepreneurs against each other in one last clash. The judges decided on a runner-up as well as the overall champion.

Aside from the actual competition there were multiple speeches about Global Entrepreneurship Week, and the entrepreneurial community as well.

“Kansas City is a very entrepreneurial city,” Tom McDonnell, president and CEO of the Ewing Marion Kauffman Foundation told the crowd before the clashes. “We’re setting that out as a goal, but it’s not something, in my opinion, that we have to prove. We just have to make it aware that we are.”

This idea of Kansas City being entrepreneurial was not just shared by local figures, as more people are becoming aware of the growing opportunities.

“Even though I live in Silicon Valley,” said Marci Harris, founder and CEO of POPVOX, one of the contestants in the event, “I’m really excited by the fact that startups don’t have to start in Silicon Valley anymore.”

Kansas City, Mo. mayor Sly James was also in attendance and told the audience, “This is one of the most fantastic events I have been at.”

“Get In The Ring: The American Startup Clash” will air on The Local Show Thursday, November 21, at 7:00 p.m. on KCPT.

Life Behind the Scenes at TEDxKC

Kansas City hosts Mayors from Around the Nation for Entrepreneurship Conference

Tags: Get In The Ring • Global Entrepreneurship Week • Kauffman Foundation