Why Kansas City fans are willing to pay big 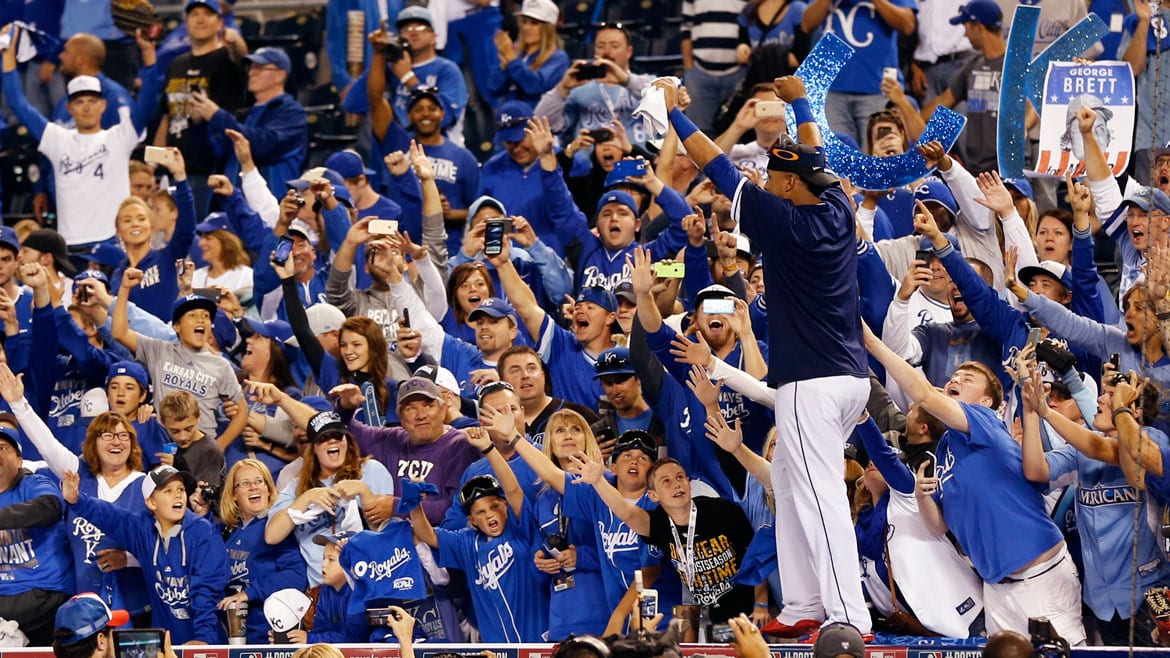 The Kansas City Royals will be playing the World Series for the first time since 1985. (Credit: AP Images)
Share this story

Tickets to watch the Kansas City Royals play the San Francisco Giants in this year’s World Series are being called the second most expensive World Series tickets in recent years. But how do you even get your hands on them?

The Royals ran a lottery for the general public to buy World Series tickets from Oct. 7–10. Season ticket holders were given the opportunity to purchase all post-season tickets earlier. Now, tickets are still being sold on secondary resale markets like Stubhub and TicketsNow.

Jon Greenberg is the executive editor at Team Marketing Report, a sports marketing publishing company based in Chicago. He says making it to the World Series presents a huge opportunity for Major League Baseball teams to sell more season tickets in the following year.

“Going to the World Series is more than just this one year for the Royals. This could really change the franchise as long as they follow this up with more good seasons,” he said.

Of course, the huge demand for World Series tickets this year is in part because the Royals are making history. The team hasn’t even made the playoffs since 1985. The San Francisco Giants, on the other hand, have played in two World Championships just since 2010. Greenberg said that’s the difference between Royals fans and Giants fans looking to buy tickets right now, and why Royals fans might be willing to pay more.

But it isn’t just post-season tickets that are more expensive. In March, this report from Team Marketing Report showed that Royals ticket prices have gone up almost 25 percent in the last year and have almost reached the MLB average.

“The Royals have been bumping up prices,” Greenberg said. “And they picked the right year.”

Prices for game 1 of the series in Kansas City have gone down since last Friday, Oct. 17. Standing-room-only tickets that were selling for more than $700 on Stubhub are now close to $540.

Hey, you guys, remember the parade?

That was a fun and crazy day wasn't it? Our view in photos...

Royals take it to the limit