Royals take it to the limit 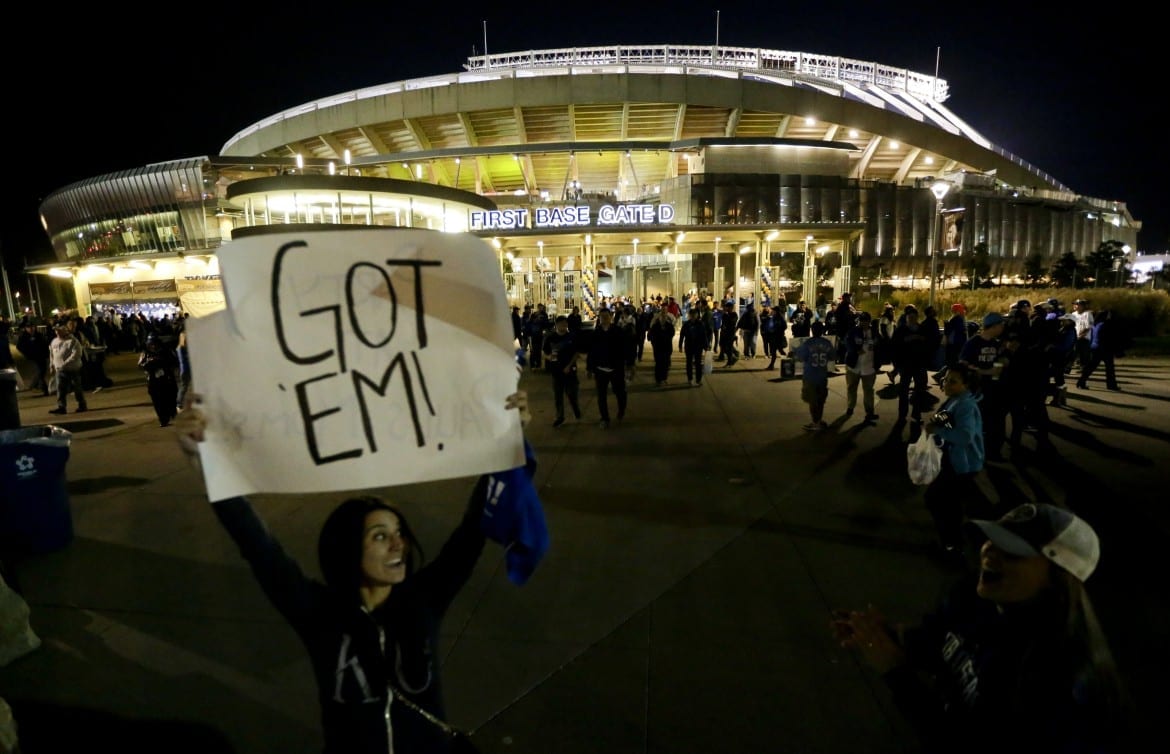 The Kansas City Royals have stretched the World Series to the limit.

Game 6 of the World Series ended with Kansas Citians celebrating, as 8 Royals scored a run or drove in a run — or did both — throughout Tuesday night. Highlights included Lorenzo Cain hitting a two-run single and Eric Hosmer adding a two-run double before Billy Butler capped the barrage with an RBI double. And  pitcher Yordano Ventura was outstanding over seven innings, giving up three hits and five walks with four strikeouts. Jason Frasor and Tim Collins each threw one inning of relief to complete the six-hitter.

Meanwhile, in a more somber moment, Game 6 began with a moment of silence  to honor Cardinals outfielder Oscar Taveras, who died in an automobile accident over the weekend in the Dominican Republic. The 22-year-old Taveras, who made his big league debut this season, was buried earlier Tuesday in a funeral attended by Cardinals manager Mike Matheny and general manager John Mozeliak. One of the game’s top prospects, Taveras hit .239 with three homes in 80 games for St. Louis. Officials are still investigating the cause of Sunday’s accident on a highway in the popular tourist region of Puerto Plata. Taveras’s 18-year-old girlfriend, Edilia Arvelo, was also killed.

Tonight, Jeremy Guthrie starts for Kansas City against Tim Hudson in a rematch of Game 3, won by Kansas City 3-2. The 39-year-old Hudson will become the oldest Game 7 starter in Series history.

Hey, you guys, remember the parade?

That was a fun and crazy day wasn't it? Our view in photos...

Why Kansas City fans are willing to pay big