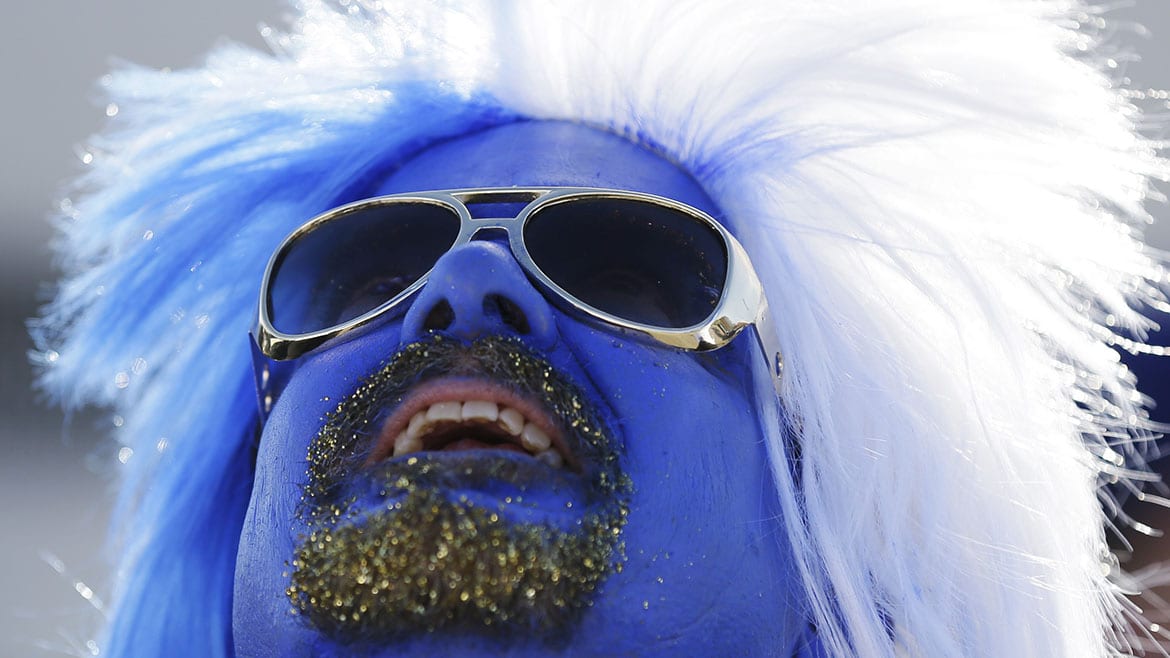 There is no spring training for eaters. You – the hot dog aficianados and ice cream helmet-scooping public – will have to go in and not know exactly whether your appetite (and intestinal fortitude) is going to show up for Opening Day at Kauffman Stadium.

The Kansas City Royals, the reigning American League Champions, will take the field for the beginning of the 2015 season next Monday afternoon. Those in the crowd may opt to check out Craft and Draft, a new concession option near the left field outfield with customizable pizzas and a roster of more than 75 beers. You may also inevitably succumb to the call of the Brisket-acho (brisket-topped nachos).

In an effort to help you prepare for Opening Day and this season, we talked to folks in the service industry via e-mail about their favorite stadium eats and what they would do if they had a chance to run the concessions at Kauffman Stadium for a day. Our panel of experts includes Jason Burton, The Lab and Caffeine Crawl founder; Bo Nelson, co-owner of Thou Mayest Coffee Roasters; Elizabeth Belden, Sensory Specialist with the Boulevard Brewing Company; and Brian Aaron, Executive Chef at Tannin Wine Bar & Kitchen.

Once you’re in game shape, you can travel to Wilmington, Delaware, to see the Wilmington Blue Rocks – the Class A affiliate of the Royals. The newest choice in their dining lineup is a doughnut dog – a hot dog bun made of doughnuts wrapped around a dog and smothered in bacon and jelly. The Blue Rocks’ season begins on Thursday, April 16. 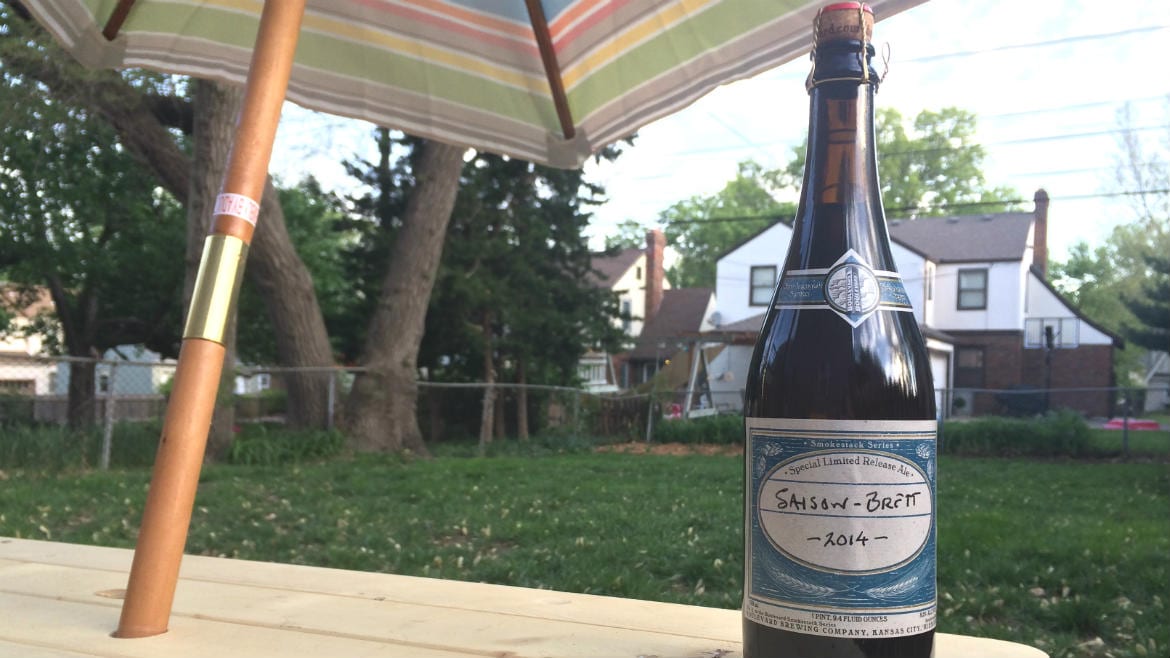 What’s your baseball stadium food of choice and why?

Jason Burton, The Lab and Caffeine Crawl: I’m real loyal to the hot dog, but have to load it up a bit. Mostly ketchup and relish. It’s easy to handle, not a huge financial obligation, and is perfect with a beer or soda. My son, who is my baseball sidekick, is all about the nachos. He’s not so worried about getting food on his shirt. –

Bo Nelson, Thou Mayest Coffee Roasters: Hot dogs. There is no way to beat the timeless, nostalgic glory of eating straight junk, getting nuked by the sun, and watching baseball. It’s just straight American.

Elizabeth Belden, Boulevard Brewing Company: It’s been years since I’ve eaten a corndog somewhere other than Kauffman, so that’s how I associate them now. I’ll definitely be visiting the concession stand in left field on Opening Day for a corn dog and a Pale Ale. –

Brian Aaron, Executive Chef at Tannin Wine Bar & Kitchen: Peanuts. Something to fiddle with and saltiness to soak up the beer. –

What’s the dish you would make in honor of a current or former Royal, i.e. Moose Tacos?

Burton: Since I’m more of a beverage guy I’d lean towards a flight of beers matching the lineup a bit. Thinking a low ABV saison (lean and fast drinking – Cain), a Nebraska IPA (fiesty and reppin’ – Gordon), and a heavier, more unique seasonal (meatier and powerful – Perez) all paired with burger sliders and an array of toppings to pick from.

Nelson: Roy-D’s (Royals Dog) – Beer brats simmering in Boulevard Pale Ale, chopped up onions and garlic, and a stick of butter for one hour. Put them on the grill and slather in Cattleman’s BBQ sauce and honey glaze. Top with the relish from the simmer and garnish with more BBQ sauce and mustard.

Belden: I’d grill some chicken breast, steam some broccoli, and call it the Alex Gordon. His dedication to healthy eating is well-documented and makes me think he’d appreciate being associated with a lean protein and vegetable dish. Plus, I’m trying to get in shape for the Hospital Hill half marathon, and it couldn’t hurt to take at least a minor cue from Gordon’s fitness regimen.

If you got to run the concessions for a day, what food or drink would you bring to The K?

Nelson: Pulled pork with fresh homemade pickles and stoneground mustard and Alpha Pale Ale from Torn Label Brewing Co. Actually, I would probably just call my friends at The Sundry and tell them to create magic. They’re usually good for some mind-bending food options.

Belden: Saison-Brett. The name refers to Brettanomyces (a wild yeast) and not George, but I still think it’s fitting. Plus the label is powder blue and it’s my favorite of all the beers we make.

Aaron: Like I do for all my tailgates, I’d theme the concessions to whatever city or team is in town to play us, but with a little Kansas City twist. For Monday’s opener, we are doing Italian beef sandwiches but with Kansas City strip and Italian sausage with potatoes, peppers and onions, but using Scimeca’s hot Italians.

Burton: Once my father told me a story of a guy whose hot dog flew out of the holder and stuck in some lady’s hair.

Nelson: My dad took me and my brothers to a game and my younger brother leaned over in his seat to pick something up and poured a monster Coke down a lady’s back. Her reaction was priceless, but the event was somewhat embarrassing.

Belden: Last year for Dressed to the Nines/Salute to the Negro Leagues, my friends and I set up an appropriately fancy meal in the parking lot. Steak and eggs, grilled asparagus, tossed salad, fresh fruit, champagne and Manhattans, all set up with a tablecloth and vase of flowers for effect. It seemed like the only way to tailgate in suits and dresses. We saw a couple of other groups with a similar idea, and hopefully the crowd grows again this year on May 17.

Aaron: Being out there at Game 2 [of the World Series]. The tailgate had so many of my friends and family, and it was dubbed #takethecrowntailgate. We had crown racks of beef, pork, lamb and shrimp and Crown Royal. It was about 100 pounds of meat, gone in like two hours. I got a selfie with Willie Wilson and Jason Sudeikis. And, of course, we got the win.