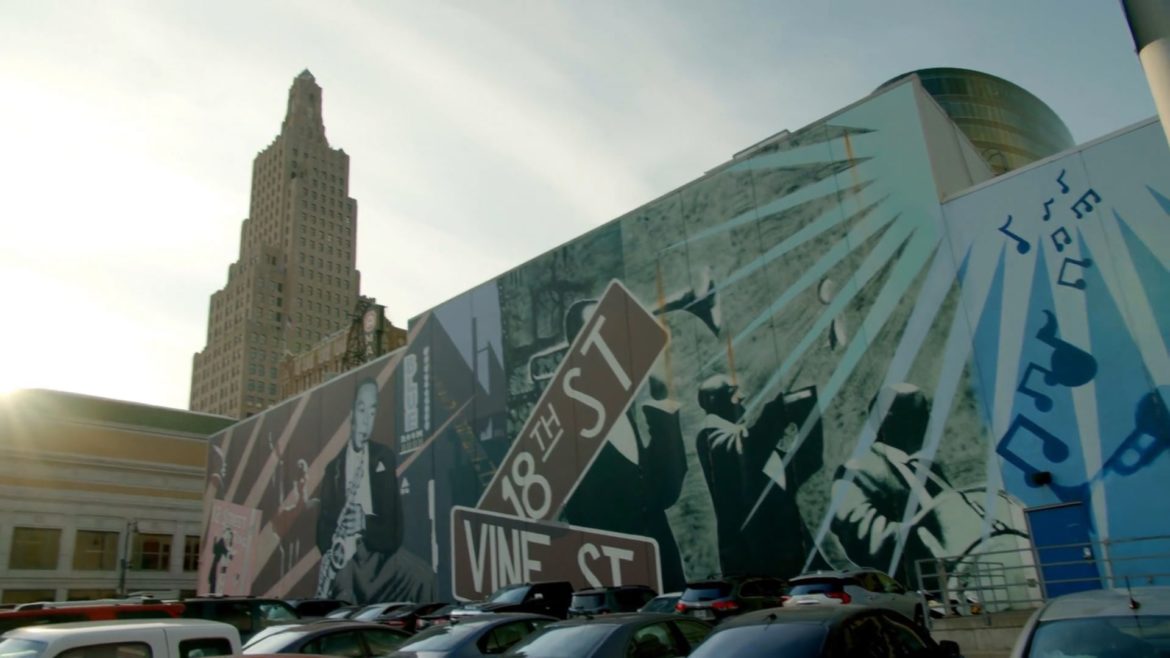 The Kansas City, Missouri, firm specializes in restoring historic buildings. And amidst its loft conversion of the old American Electric building in downtown St. Joseph, it turned out that they shared a banker with a perfect investor.

The man from the Springfield, Missouri, area had just sold his business, and he was looking to invest the profits so they would be left for his grandkids.

It was the federal Opportunity Zone program that cemented this redevelopment match made in heaven. The program is designed to draw patient capital into economically distressed areas, rather than inspiring deals designed simply to make a quick buck.

And it was just a twist of fate that the American Electric building happened to be in an Opportunity Zone, said Mark Moberly, Sunflower’s director of development.

If all goes as planned, downtown St. Joseph will have 137 new high-end apartments by the spring. A first-floor coffee shop is among the planned amenities in the $35 million project.

Initially authorized in the federal tax reform legislation of 2017, Opportunity Zone excitement rippled through community development circles. Perhaps this was finally the answer to solving problems in some of America’s most distressed neighborhoods.

Luxury lofts were not exactly what the most ardent supporters had in mind.

The result, as a month-long Flatland series has revealed, is a tale of confusion, ambivalence, bitterness — and yes, still hope — as the program continues amidst the COVID-19 pandemic, an economic shock and street protests following the police killing of George Floyd in Minneapolis.

The St. Joseph Opportunity Zone is one of more than 8,700 such census tracts throughout the country. The Kansas City area has dozens of these tracts on both sides of the state line.

Conceived during the stock market boom that followed the Great Recession, the Opportunity Zone program aimed to lure investment gains from the sidelines into areas left behind by the economic rebound. Trillions of dollars in capital gains theoretically could be tapped.

City officials in Kansas City, Missouri, were not alone among their peers here and elsewhere as they scrambled shortly after enactment of the law to recommend proposed tracts to the state. Governors, in turn, sent their recommendations to the U.S. Treasury Department and the Internal Revenue Service.

Kansas City-based mySidewalk, a tech firm that helps cities and other organizations use data to make informed decisions, created an interactive dashboard on the area’s Opportunity Zones. For more information, follow this link.

In March 2018, the city submitted a detailed proposal to the Missouri Department of Economic Development outlining the 54 census tracts it would like to see included among the state’s recommendations.

The city categorized them into five clusters that combined had lost nearly half their population over the past several decades. In those clusters, approximately a third of the remaining population was living in poverty and one fifth lacked a high school degree.

The proposal bristled with potential Opportunity Zone projects, ranging from entrepreneurial efforts along Prospect Avenue to improvements in the 18th and Vine Jazz District. For the Northland, it cited a “multitude of redevelopment opportunities for commercial, retail and residential properties.

“We look forward to continued partnership between the city of Kansas City, Missouri and the state of Missouri as we collectively work toward an economically prosperous future,” Sly James, then Kansas City’s mayor, wrote in the cover letter.

Local officials could only scratch their heads, then, when Treasury and the IRS announced the designated zones in the spring of 2018.

Kansas City’s urban core ended up with a patchwork of zones, including one section in the Historic Northeast left out of the program while surrounded on all sides by Opportunity Zone tracts.

Of late, critics in Congress have demanded answers from Treasury Secretary Steven Mnuchin following media accounts of the Trump administration alleged interference in the Opportunity Zone process to help friends.

Opportunity Zones were a bipartisan initiative pushed by U.S. Sens. Cory Booker, a Democrat from New Jersey, and Tim Scott, a Republican from South Carolina.

The Economic Innovation Group (EIG), a bipartisan think tank in Washington, D.C., championed the idea. EIG reported in 2018 that about 50 million Americans, roughly one in six residents, lived in what it determined to be a distressed ZIP code.

In its 2015 outline of the program, EIG specified job growth as a key aim of the idea.

“In the aftermath of the Great Recession,” the authors wrote, “long-term unemployment, slow growth, and a lack of quality employment opportunities remain an acute problem, and are especially intense in many specific locales around the U.S.”

For many proponents, that call to action meant luring Opportunity Zone money into existing small businesses in low-income communities.

Perhaps there was a small manufacturer that needed financing to expand its operations. Or maybe it was a barber shop looking to add chairs for its burgeoning clientele.

The follow-on effect of this money, the thinking went, would be enough demand to support new commercial businesses in these distressed communities. In theory, the resulting creation of a critical mass of workers would make it reasonable for a developer to build affordable housing near the job sites.

As CEO of Community Builders of Kansas City, Emmet Pierson Jr., is among those who are disenchanted with the evolution of the program. His organization specializes in projects on Kansas City’s East Side, ranging from single-family housing to Class A office space.

“Everybody typically focuses on the real estate side of Opportunity Zones,” Pierson said, “But just as important, and probably more so, is the business creation… or business expansion of those businesses that exist on the East Side.”

To some observers, the Opportunity Zone program simply reflects the nature of free enterprise, no matter what the intended goals of its framers. Opportunity Zone investments, they say, are flowing mostly to tracts on the fringe of the already burgeoning areas. Those are the safest bets.

So, that’s what locals are seeing happen in Martin City. That’s also happening in downtown Shawnee, Kansas, where Kevin Tubbesing is building a 67-unit apartment complex with luxury units.

Like Sunflower’s development in St. Joseph, Tubbesing’s project included all the perfect variables to make sense for an Opportunity Zone investment.

Part of the appeal is that the city had plowed millions of dollars into infrastructure improvements along Nieman Road. Another factor was that he had a local investor group of friends and family who were willing to take a 10-year bet on the project.

But even Tubbesing knows his type of project is not what proponents envisioned for Opportunity Zones. His understanding is that Congress did mean for the program to benefit operating businesses.

“Real estate is just kind of taking it for a ride,” he said.

As it stands now, the Opportunity Zone program now seems less of a transformational tool, and more of a targeted incentive that only works on a case-by-case basis.

Sunflower’s Moberly has seen both sides of the coin, experiencing the downside with an apartment project in North Kansas City.

That site is in an Opportunity Zone as well. Moberly thought it might be the perfect project for one of these national Opportunity Zone funds he had heard about that were forming to inject all this capital into deals.

Come to find out, the websites of these big funds didn’t work, or no one answered the phone, or the principals said they wanted to invest closer to home.

“We started to realize that Opportunity Zones didn’t quite have the bang that everybody thought,” Moberly said. “Sure, there are great funds out there. It just wasn’t what we thought it would be. It wasn’t the bag of goods we got sold early on.”

So, where do we go from here?

Word out of Washington, D.C. is mixed.

The Trump administration is making noises about extending the Opportunity Zone program as part of an effort to boost the economy following the COVID-19 outbreak. The president, too, continues to tout Opportunity Zones as one of his chief accomplishments for the minority community, tweeting about it again June 2 as part of his reaction to the protests following Floyd’s death.

Meanwhile, congressional critics are talking about reining in the program, even to the extent of excluding the sort of luxury apartments that appear to be the most frequent outcome in Kansas City.

Many local advocates said, if nothing else, the Opportunity Zone conversations have brought together parties that might otherwise have never met. These discussions, local proponents said, will no doubt lead to fresh thinking about ways to revitalize long-struggling parts of the community.

And efforts to create a locally focused Opportunity Zone fund continue in Kansas City through Equity2,, an affiliate of AltCap, a nonprofit that specializes in helping small businesses and entrepreneurs find financing.

Emily Lecuyer is managing director of the fund, and she said the timing could be ripe for Opportunity Zone projects to take off.

She said the economic downturn has made for some potentially good deals on cheap assets. She also noted the time-sensitive nature of the Opportunity Zone program means investors need to get in relatively quickly to maximize their returns.

Additionally, Lecuyer is hearing about potential deals involving small businesses that have pivoted well during the COVID-19 downturn and are poised for growth.

And maybe, just maybe, she said, the shared sacrifice of fighting the pandemic might translate into the socially conscious investor Opportunity Zones seek — someone who is willing to give up a little return on their investment in order to help revitalize a downtrodden area.

Pierson, too, is staying positive.

“I’m always optimistic. I have to be in the line of work that I do,” he said.

“But we didn’t think on the front side that (Opportunity Zones) would be the silver bullet,” he added. “We made sure that we were engaged in the conversations, but we already knew that this was going to be an uphill battle — no matter what the implementation strategy would be.”

Flatland is exploring the implementation of Opportunity Zones in the Kansas City area, on both sides of the state line, and tracing their impact. Tune in to KCPT at 7 p.m. on Thursday, June 18, to watch “The O-Zones,” a town hall hosted by Nick Haines.