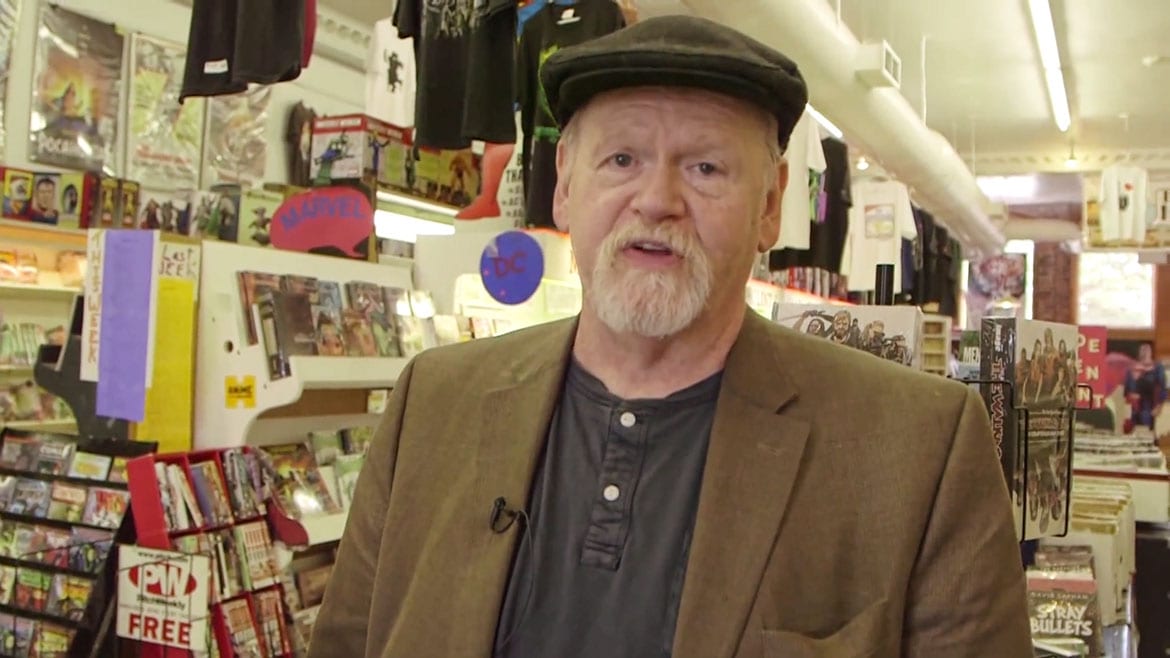 Jim Cavanaugh has owned Clint’s Comics in midtown Kansas City for 39 years. He has seen the stores around his Main Street storefront come and go, and said that his store is the only one that remains in the area from the 1960s. While other media businesses like book and movie rental stores have gone out of business in droves in the past 10 or 15 years, Clint’s Comics, which opened in 1967, will celebrate its 50th anniversary in three years.

A couple dozen comic book stores are still in business around the metro — B-Bop Comics and Elite Comics, for example — but Cavanaugh recognizes that the comic book industry has drastically changed in the past 50 years.

According to Comichron.com, in 1967 — the year Clint’s opened — each issue of “Batman” sold around 805,600 copies. In January of 2014, an issue of “Batman” sold approximately 115,492 copies. These numbers do not include digital copies. Comichron is an online database for comic book statistics. According to a Publisher’s Weekly article, it is speculated that 40 million digital comic books are downloaded each year, but exact numbers are closely guarded.

It’s apparent that digital sales make up a large part of the comic book market, but Cavanaugh hasn’t changed his business plan to accommodate consumers who read digital copies and never plans to do so.

“We’re a comic book store,” he said. “Most people that come in here come in because they still want to pick up something and read it.”

“I really like holding something in my hand and having that smell of ink and glue associated with all those happy memories when I was a kid running into the comic book store,” he said.

Hoffmeier writes and illustrates the “Mayflower” series, which he offers for physical and digital purchase. Offering both media is important, he said, because each consumer has their own preference.

The cover of the upcoming issue 2 of “Mayflower.”

Some consumers, like Kansas Citian Carlos Gomez, purchase both digital and physical copies of every book: the physical copy is put in protective plastic for safekeeping and the digital copy is for reading.

“It’s a really big thing to keep your books in exquisite condition,” he said, “so you either buy a couple books or you get a digital copy. You don’t touch that book after you put it in plastic.”

While Hoffmeier and Cavanaugh prefer reading the physical comic book, Hoffmeier said that he has heard several friends say they are “going digital.” He said they may prefer the crisp images with no folds, wrinkles or discolorations or the small storage footprint a digital file requires.

Offering a digital copy also helps Hoffmeier reach a wider audience geographically: while his physical comics are only sold in the Kansas City and St. Louis markets now, consumers from all over can purchase the digital copy from his website. He can also sell the digital copy before the physical copy has even come back from the printer.

He doesn’t mind if a customer shares the digital files with a friend.

“Even if they’re just giving it to other people, that’s just free publicity for me,” he said.

Publicity and visibility is crucial for a self-publisher like Hoffmeier. He sold “Mayflower” Issue 1 at Kansas City’s Planet Comicon in March, and his sales were markedly improved because of his location in the convention hall. He was close to booths featuring Batman and The Walking Dead, which meant that he benefited from the traffic of these super-popular exhibitors.

Gomez is a “Mayflower” fan, and he was greatly impressed by Hoffmeier’s table at Planet Comicon. Gomez called Hoffmeier’s art “outstandingly beautiful” and “crisp.”

“The quality is just way up there compared to people who are making hundreds of thousands of dollars being artists for professional comic books,” Gomez said.

This is a huge compliment, especially when considering that Hoffmeier does all the work for each issue himself, work that is typically distributed among many artists. Hoffmeier is the writer, inker, colorist, letterer, layout artist and editor for “Mayflower.” The incredible amount of work that goes into each issue is apparent, Gomez said.

Hoffmeier views the intense nature of self-publishing as a challenge.

“If you’re going to self-publish… you have to be okay with failing for a long time and not view that as an inhibitor,” he said. “You have to find a story you like so much that you’re going to keep working on it no matter how many comics you don’t sell.”

Self-publishing is a challenging responsibility, but Hoffmeier has had some sales success: “Mayflower” Issue 1 sold out at both B-Bop Comic locations in the metro, and Hoffmeier is currently revising the issue for a second printing. Issue 2 will be released soon.

The intersection of the web and comic books has proved to be a double-edged sword for self-publishers like Hoffmeier.

“The Internet is great and bad: it gives you all these opportunities, but then also everyone has all those opportunities,” he said. “The idea that everyone is putting their stuff out there make it very easy for your comic… to just blend in, fade into the noise. It’s a lot harder to stand out.”

The competition doesn’t intimidate him, Hoffmeier said, but rather is a motivating force.

“When you’re in a row of comic book makers (at a convention), nothing is more motivational,” he said.

Gomez plans to buy “Mayflower” Issue 2 once it becomes available. Beyond enjoying the story and the art of the book, he also likes supporting a self-made artist.

“It’s nice to see, from an entrepreneurial point of view, that people can make some sort of success: he got to tell his story and share it with as many people as he can, even if it’s just local for now,” he said.