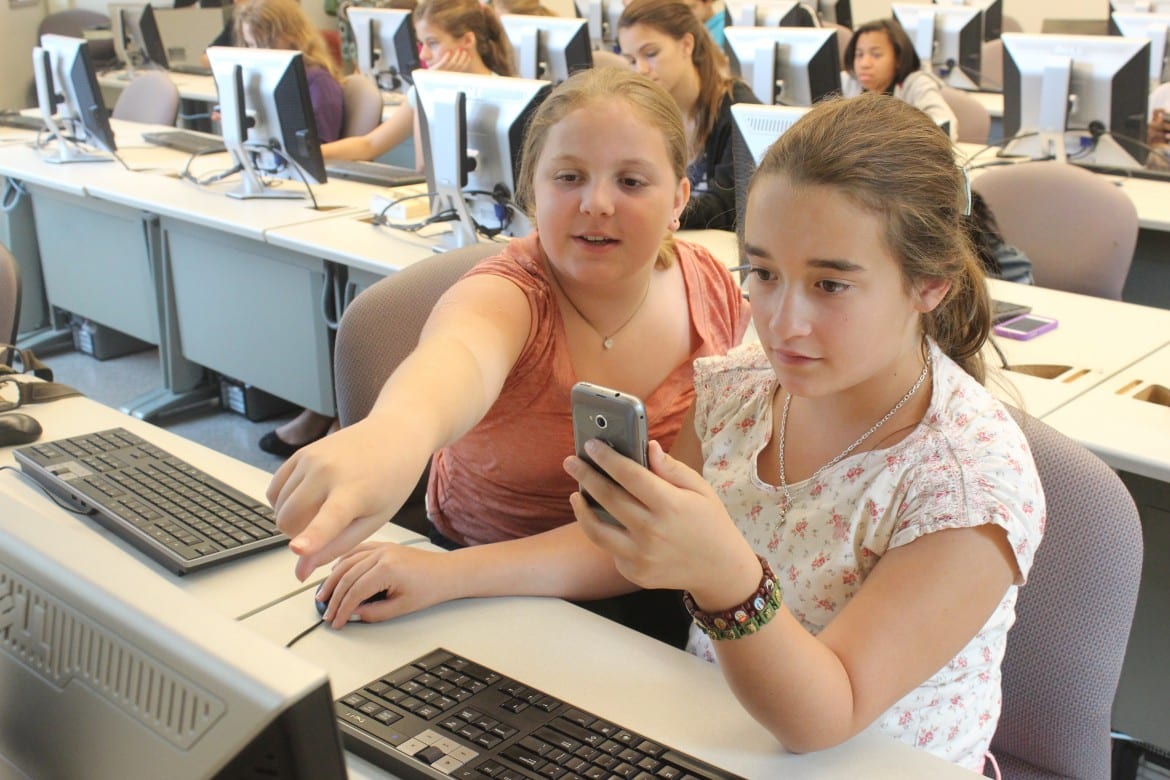 When you think about a typical summer camp, the great outdoors, swimming, campfire songs and s’mores come to mind. But, at this camp, girls sit quietly clicking away at computers in a classroom. They’re all developing their own apps for Android phones. And this camp is strictly no-boys-allowed.

This is the second year that an all-girls app camp has been held in Kansas City, but the first year that it’s been sponsored by KC STEM Alliance.

Martha McCabe, manager of STEM initiatives for KC STEM Alliance, said one of the program’s goals is to introduce girls to fields related to science, technology, engineering and math. “As you look at all of the STEM majors … women aren’t well represented,” she said. “They don’t persist in those degrees, nor do they gain leadership in those fields.”

Ruby Rios is going into her freshman year at Bishop Miege High School. She was a counselor at this camp and has attended several other app development camps.

“For one of them, I was the only girl there with 24 guys, and, for the other one, there was one other girl there,” she said. “And so, it’s kind of sad because it’s not like we can’t think as well as guys or we can’t do as well as guys in a STEM career. It’s just that no one has gotten girls into it.”

Although the campers have mixed feelings about the all-girls environment (after all, they are in middle school and high school), they all agreed that the atmosphere was different than it would be if there were boys.

“These girls work at a much faster pace than the boys’ camps,” she said. “They’re more on-task, I think, than their counterparts. They focus, then they get it done.”

Throughout the week, the campers made different apps using a program called MIT App Inventor, a web application that, through a graphical interface, makes creating an app relatively easy. After learning how to use the tool, the girls split into teams and designed their own apps. At the end of the camp, they presented their apps to judges from different STEM-related companies. Here’s a slideshow of a few of the apps they came up with and designed:

Paving the launch pad for female astronauts: KC woman shares her experience in the Mercury 13

Ninjas of the Drill: STEM Outreach Stokes Girls' Interest in Engineering and Orthopedics