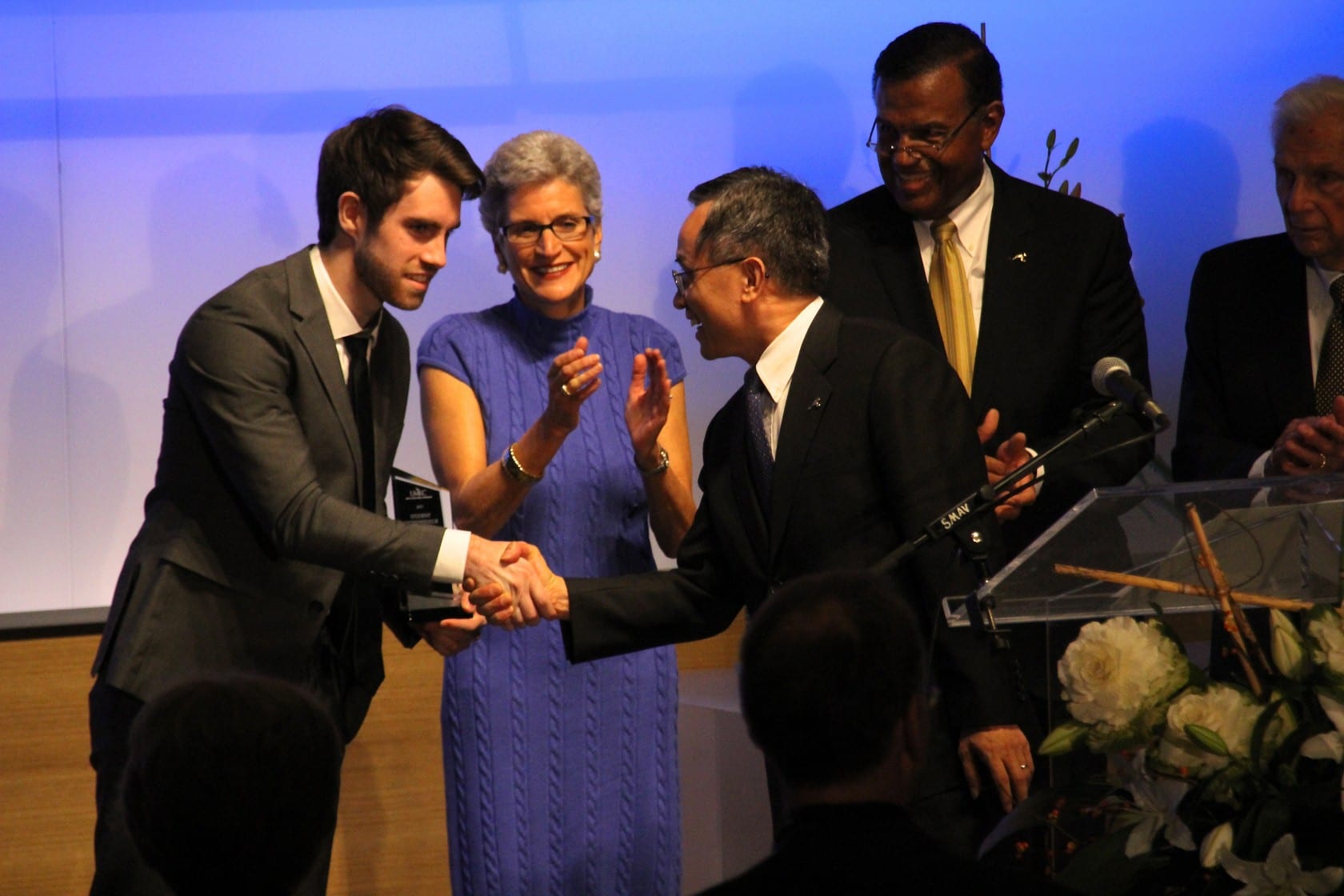 Kyle Geary | Kansas City, MO –The 28th annual Entrepreneur of the Year award ceremony was held Monday, October 21, at the Bloch executive hall for Entrepreneurship and Innovation on the University of Missouri–Kansas City campus.

The ceremony serves as a fundraiser for UMKC and the Bloch school. There were four honorees this year.

Alec Matlock–creator of Envy Gaming LLC, was awarded the Student Entrepreneur of the Year award and received a $2,000 scholarship.

David Brain–President, Chief Executive Officer, and Trustee for EPR Properties, was awarded the Regional Entrepreneur of the Year.

Jim and Virginia Stowers–who donated funds to create the Stowers Institute for Medical Research, were awarded the Marion and John Kreamer Award for Social Entrepreneurship.

Jim Sinegal–co-founder and former CEO of Costco, was awarded International Entrepreneur of the Year

The award ceremony was held on the first floor of the newly opened Bloch Executive Hall for Entrepreneurship and Innovation and more than 500 guests attended the event.

Does a New Apartment Project Mean New Life in Argentine?

WyCo's 'Day of the Dead' Brings Tradition to Life