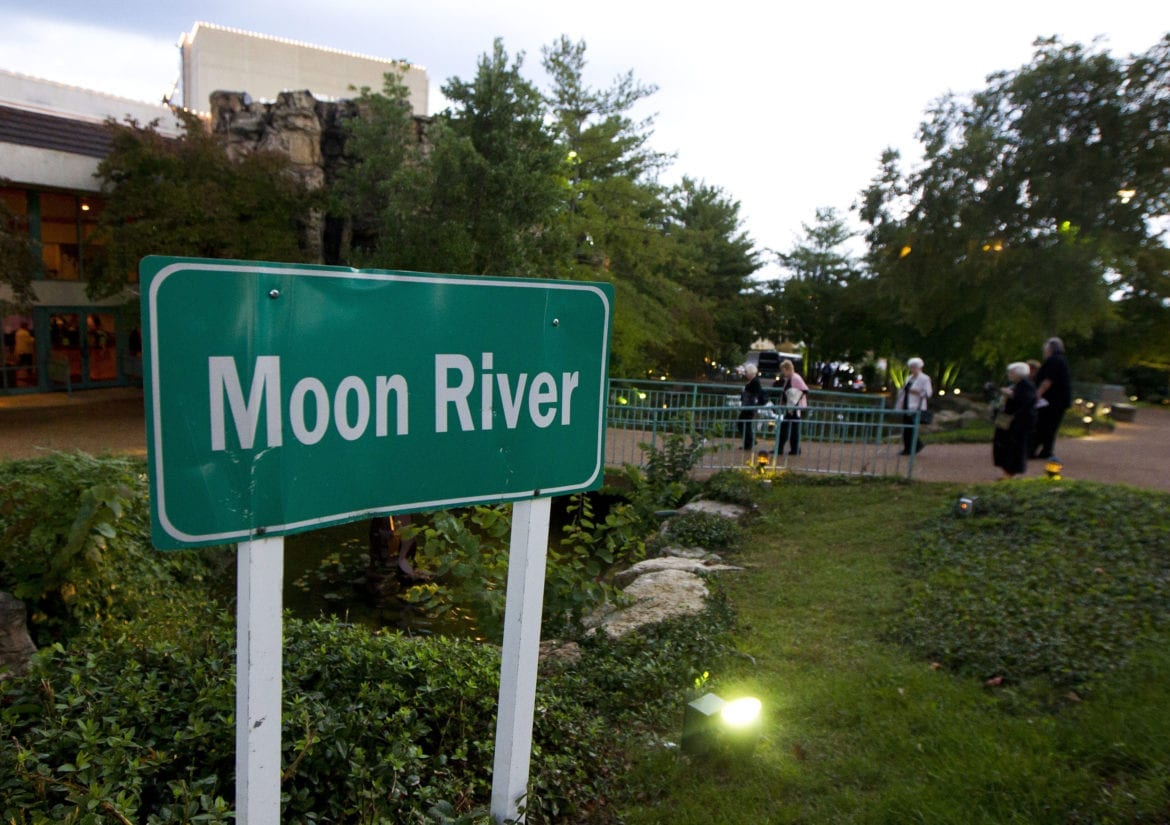 Could the Kansas City area produce a breakthrough drug to treat bladder cancer, which killed Branson, Missouri, music icon and "Moon River" crooner Andy Williams in 2012? It's a possibility, and you might be surprised at where some of the financing is coming from. (Photo: David Welker | AP)
Share this story

Doctors, nurses, scientists—just some of the usual suspects that come to mind when you think of medicine. Real estate experts? Not so much. Yet, economic development pros are helping catalyze some promising developments within the Kansas City-area’s life sciences industry.

One of the latest examples is a potential game-changer for the treatment of bladder cancer. Researchers at the Institute for Advancing Medical Innovation (IAMI) at University of Kansas Medical Center are working on developing the new agent, which was modified from a previously approved anti-fungal topical drug for jock itch.

After modifying the old drug into a new compound, scientists first pursued it as an oral treatment for leukemia. But after clinical trials were completed, the new drug – called Ciclopirox Prodrug – proved to be more effective as a treatment for non-muscle-invasive bladder cancer, a type of cancer with one of the highest rates of recurrence.

Yet, the team at IAMI knew the road from the lab to the pharmacy was a long one—and an expensive one. The team found a potential solution in BioNOVUS Innovations.

“They came together to help us solve this challenge of finding partners,” said IAMI Director Scott Weir. “Their motivations are to help us advance existing and future promising medical innovations to patients and to market.”

“All of our investors are part of the Kansas City community, and we have a special interest in advancing the life sciences here.” — Tammy Ham, BioNOVUS president

A group of mostly anonymous investors, BioNOVUS was formed by David Frantze, a real estate attorney and partner at Stinson Leonard Street, LLP. After losing a nephew and godson to leukemia, he became a volunteer for the Leukemia & Lymphoma Society—eventually serving as chairman of the national board.

“As part of that service, I set about to become knowledgeable about the ways in which the life sciences were impacting greater Kansas City,” he said.

Frantze was instrumental in introducing Weir and the team from IAMI to the Leukemia & Lymphoma Society, which helped in the initial study of the drug. Early last year, as the pair worked more closely together and realized the potential effectiveness of the drug against bladder cancer, he and Weir began exploring a partnership. And after mouse models and test tube studies showed the drug’s effectiveness, IAMI licensed the data package to BioNOVUS on Nov. 23, 2015.

The bladder cancer drug was the first project for the newly created venture capital company, which established CicloMed, LLC as a subsidiary to take the drug through the next steps.

“CicloMed’s developmental-stage product has potential to become the first KU-invented cancer drug that could span the entire process, from discovery through drug development with clinical trials and, if it’s successful, ultimately helping patients deal with a very difficult and life-threatening disease,” said Tammy Ham, BioNOVUS president. “All of our investors are part of the Kansas City community, and we have a special interest in advancing the life sciences here.”

While Ham wouldn’t reveal the identities of the group’s investors – saying they prefer to “remain in the background” – she said several have investment experience in other pharmaceutical enterprises.

The IAMI collaboration is the first for the group, but Ham said they continue to explore other technologies and drugs that could be helpful for both providers and patients. And while there’s no set number of projects they’ll invest in, the group tries to be strategic with their dollars to better support Kansas City health care.

“The Kansas City region has made strides toward becoming a major hub in the life sciences industry,” she said. “To keep growing we believe it’s important to invest in scientific discoveries and entrepreneurs within the region.”

Venture capital involvement in medicine is widespread for good reason: Drug development can take years and millions – even billions – of dollars.

Academia just doesn’t have the kind of money to throw at a potential drug that may never make it to market. Wayne Carter, president and CEO of the Kansas City Area Life Sciences Institute, said funding from outside entities is not only common, but necessary.

“We view them as an absolutely critical element to the ecosystem, which is developing here in the area,” he said.

Carter said that while large numbers of potential new drug compounds come from academic settings, scientists are only equipped to take these agents so far. To obtain that additional expertise, they look to license that technology to someone else.

“Sometimes, depending on the university, they may have funding to get that drug started to some degree, but they’ll rarely, if ever, develop that drug entirely themselves,” he said. “Pretty much anytime you take a chemical entity out of the university, at some point it’s going to form a company that’s going to need significant funding to then take it to a point where it can be ultimately commercialized.”

About two years ago, the institute began a concerted effort to encourage investors to keep their money here in the region, instead of sending it to the coasts. And working in concert with KCSourceLink, the organization is beginning to see a shift in the trend. Carter said his group connects scientists and investors, as they seek to ensure adequate capital funding is available for startups.

“Do we have enough money? No. We need a lot more. But certainly, we’re moving in the right direction,” he said. “We’re really pleased with the progress that’s been made.”

Other players have also joined the scene in recent years. In 2013, R. Lee Harris, CEO of real-estate firm Cohen-Esrey, started iiM, LLC, an angel investment group that invests in entrepreneurs in the fields of human health, animal health and agriculture. Also dedicated to helping Midwestern entrepreneurs, the group’s board of 12 investors includes a handful of professionals with experience in the three core areas and others with more general business expertise.

The group hasn’t yet funded any human health projects but is currently in the process of due diligence with a few. Lydia Kinkade, managing director of iiM, said the group’s goal is to build a portfolio of 30 companies over the next three to five years.

“Investing in startups is a great diversification tool for investors,” she said, especially if they are not getting great returns from other investments.

And while the majority of iiM’s investors don’t come from a life sciences background, Kinkade said they see a lot of opportunity in the industries they’ve identified.

“For these people, who don’t see these innovations and these types of startups every day in their day jobs, it’s something different, it’s something fun, and something they can make a real impact in.”

The American Cancer Society reports that an estimated 76,960 U.S. residents will be diagnosed with bladder cancer in 2016, and an estimated 16,390 people will die from the disease.

While incidence rates have dropped slightly over the years, the treatment for this cancer type largely hasn’t changed much in 50 years. IAMI and CicloMed are hoping to change that as they prepare to submit their Investigational New Drug application to the FDA in early 2017. From there, they hope to begin clinical trials both at KU and possibly other locations as well.

And while the focus remains squarely on advancing Ciclopirox, the IAMI team knows their new collaboration may just be the start to many more possibilities to come.

“Everything we do focuses on partnering,” Weir said. “The goal is to build a pipeline and be able to identify promising projects, and then as quickly as we can, partner that innovation with BioNOVUS and move it forward.”