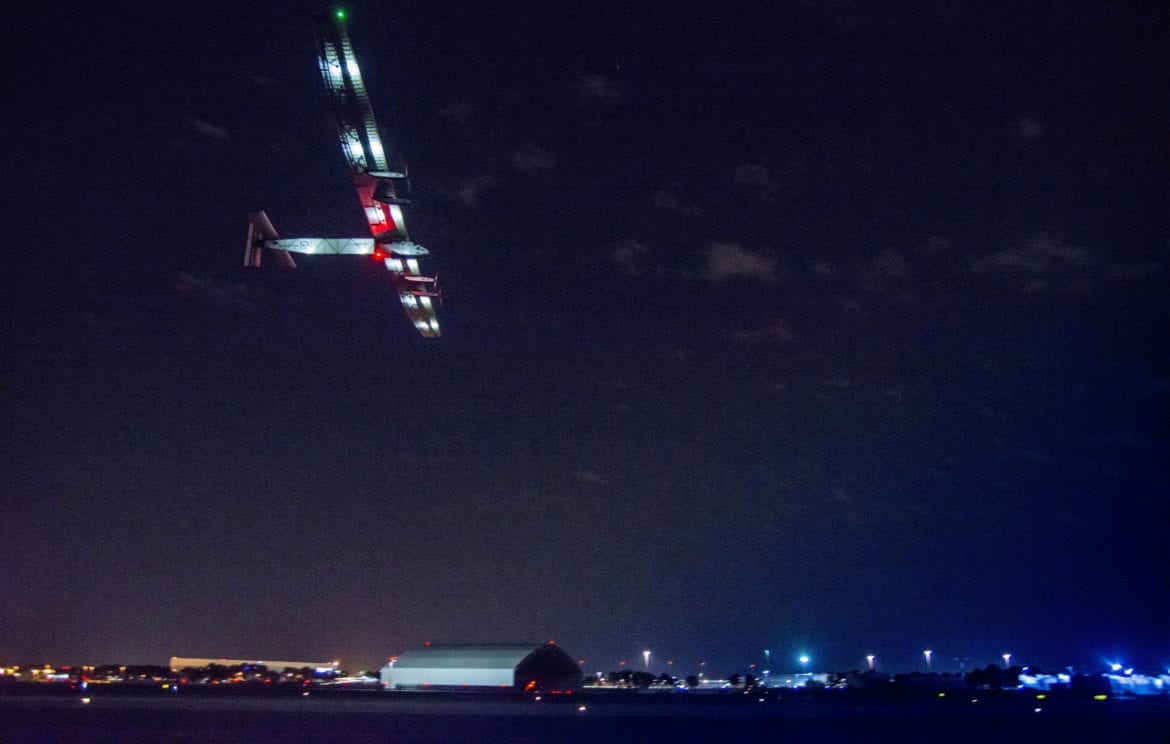 A solar-powered airplane took off from New York’s John F. Kennedy International Airport early Monday, in a bid to have the Solar Impulse 2 craft cross the Atlantic Ocean and land in Spain on Thursday.

The schedule means that the single-seater Solar Impulse, which had been in New York since June 11, would remain airborne for four days and four nights. The plane took off at 2:30 a.m. ET; as of around 9 a.m. ET, it had traveled 260 miles and was over the water off the coast of Massachusetts.

The Solar Impulse began its circumnavigation attempt in March of 2015, when it took off from Abu Dhabi. Since then, it has visited India, China and Japan, before heading east on a record-setting five-day trip to Hawaii. But technical problems forced a nine-month delay before the plane could fly to California.

You can follow the journey, the 15th stage of the plane’s trek, live via YouTube and Twitter; you can also trace NPR’s coverage of the solar plane.

Solar Impulse 2 has the wingspan of a jetliner and the weight of a minivan. It uses 17,000 solar cells to generate power — some of which is stored in lithium-ion batteries that help the plane stay aloft overnight.