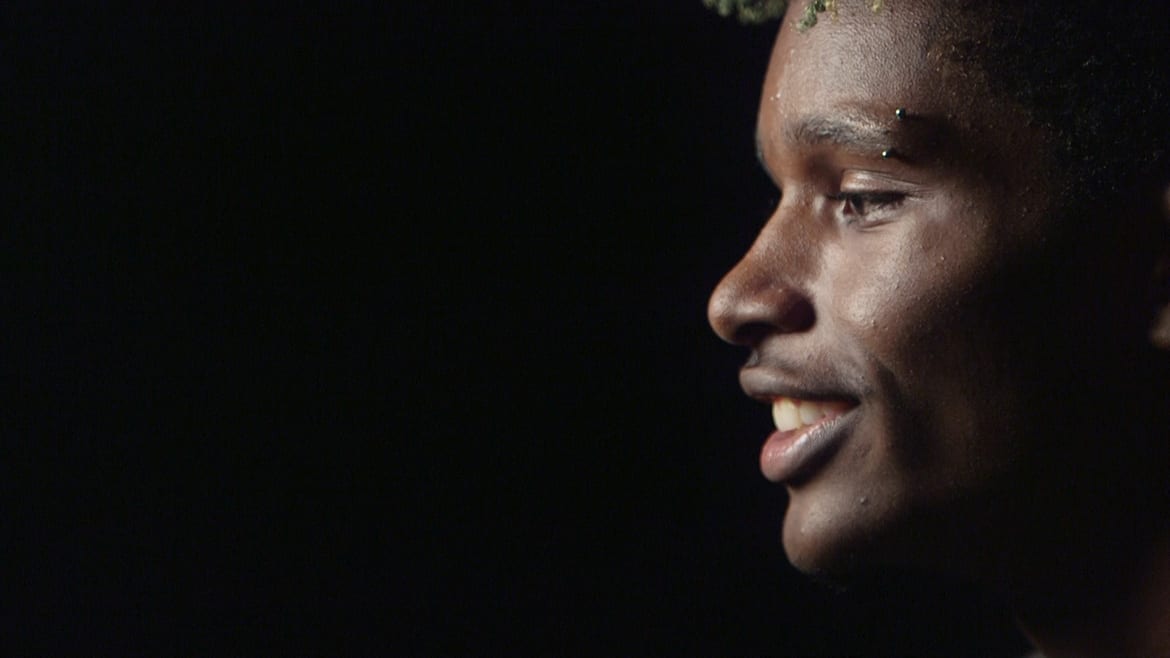 Unique Hughley likes to compose poetry by the glow of his iPhone while he walks around at night through the urban core of Kansas City, Missouri, where he grew up.

“I grew up in a bad place. I grew up right on Prospect and that’s like a horrible place where I come from,” Hughley said. “At night time I just walk and I write.”

Hughley is one of over 750 young poets across the country that submitted videos of original poetry pieces on the topic of America’s high school dropout crisis for a new spoken word contest called The Raise Up Project.

Nearly one million young people drop out of high school every year in the United States. But while the dropout rate gets a lot of attention, the conversation seldom involves the voices of the young people like Hughley, who graduated from Paseo Academy of Fine and Performing Arts in May.

“A lot of people talk about the dropout crisis, but they talk about it from up high. It’s all in theory, and they’re so far removed from the daily experience of kids in the public school system,” said James Kass, who is the founder and executive director of the non-profit Youth Speaks, which created The Raise Up Project.

“A lot of people talk about the dropout crisis, but they talk about it from up high. It’s all in theory, and they’re so far removed from the daily experience of kids in the public school system,” said James Kass, founder and executive director of the non-profit Youth Speaks.

“We wanted to give kids an opportunity to be at the center of the conversation, to be part of the solution and to not blame the kids,” he said. “We’re moving away from the individualized conversation, where it’s not about the kids or about the parents or about the school, but looking at some of the systemic things that are going on and advocate for some potential changes that could really support kids better.”

Youth Speak’s Raise Up Project is made possible by a grant from the Corporation for Public Broadcasting and its American Graduate initiative.

Through a series of voting and judging rounds, five poets will be selected to receive a $5,000 scholarship and perform their piece at the John F. Kennedy Performing Arts Center in Washington, D.C. The performances will also air on NPR.

Kass said that, while Youth Speaks has worked with public media in the past, this partnership resulted in part because of Youth Speaks international youth empowerment and spoken word competition, Brave New Voices, which is taking place this week in Philadelphia.

Hughley and several of his classmates from Paseo are attending because they won Louder Than A Bomb Kansas City, which started this year after several high school English teachers from Kansas City, Kansas, created a local version of a Chicago-based youth poetry slam competition.

Louder Than a Bomb Kansas City was Hughley and others student’s first introduction to competitive spoken word.

Will Adams graduated from Raytown Senior High School this May, but said that if it hadn’t been for discovering poetry slamming and being part of LTABKC he probably would not have finished high school.

“In high school, I was the average student. I didn’t really participate in a lot of academic stuff until my senior year,” said Adams.

Adams also submitted a piece to The Raise Up Project, which includes the stories of a family member, a friend and himself.

“The third is a general story about kids who are overlooked and don’t really get that praise or that chance that I ended up getting my senior year through the English department,” Adams said. “Also in that third story, I kind of hit on the fact that I have a son, and when people found out that I got a girl pregnant my junior year, I was counted out. Nobody thought I would graduate. People thought that I would drop out of school eventually.”

This fall, Adams will be attending the University of Missouri – Kansas City, where he plans to study English and continue writing and performing spoken word.

“Slam poetry is a revolution that isn’t going anywhere, and Kansas City needs to jump on and support it, because there are cities all over the country that were on the way, way before us and they have so many opportunities,” said Adams.

When Hughley came to Paseo, he was convinced that he wanted to be a rapper. Then a teacher gave him a copy of poet Saul Williams’ “Said the Shotgun to the Head.”

“I read it and I was just like ‘dang this is what I want to do,’” Hughley said. “Ever since then I’ve been writing…. since I started doing spoken word there isn’t a week I haven’t performed.”

Hughley said that if he is one of the five finalists for The Raise Up Project, he will use the money to attend Tisch School of the Arts at NYU, where he hopes to follow in Saul Williams’ footsteps.

Public voting for both the Raise Up pieces including Adams’ and Hughley’s will continue through July 19. The top vote earners will be judged by a panel of poets and educators, and a group of celebrities and youth leaders, including actor Rosario Dawson and Russell Simmons, the co-creator of Def Jam Record, will help select the winners.