Above image credit: The University of California Berkley team included a new ballpark for the Royals as part of their redevelopment proposal for the East Village. (Courtesy | UC Berkley presentation)
Sponsor Message Become a Flatland sponsor

Kansas City Royals owner John Sherman reaffirmed his interest in a potential downtown ballpark at a much-anticipated press conference Tuesday, but balked at providing details when a decision might occur and possible sites.

In fact, Sherman joked about the social media hype that preceded what was mostly an announcement about key management changes at the ball club.

“There’s a buzz around something?” Sherman quipped to reporters on a Zoom call, adding “I get asked this question all the time about where we’re going to play.

“Since the day we acquired the franchise, we’ve had a revolving door with people bringing us lots of ideas. Some that have been on the shelf for a long time. We’ve spent our time listening.”

He then went on to say, “We’re a little bit beyond just listening to others ideas.

“We’re conducting an internal process to help us evaluate our options for where we play and one of those options is to play downtown baseball.”

It wasn’t his first trip to the downtown ballpark plate.

Sherman previously told CityScene KC shortly after he bought the team two years ago that he was interested in downtown.

He already was familiar with downtown baseball through his previous ownership stake in the Cleveland Indians. Its downtown ballpark, Progressive Field, opened in 1994.

“If you can put together the right package, downtown would be an interesting opportunity,” he said at the time.

He went on to say in that interview the East Village redevelopment area, which has frequently been mentioned as a potential location because of its size, location and availability, was “certainly a spot that could be of interest.

“I think there’s a top architectural firm or two who think this is a good spot,” he added.

The Royals already have retained one of Kansas City’s premier sports architecture firms, Populous, to research ballpark ideas, according to sources.

Sports architects have estimated it would take about four years to design and build a new ballpark. That timeline doesn’t include how long it would require to assemble the land, a complicated task given its urban location.

One clue by Sherman that indicated how far his thinking has advanced was acknowledging any decision by the Royals about its home at the Truman Sports Complex must take into account its neighbor, the Chiefs.

The Truman Sports Complex opened in 1973 as a unique, dual sports stadium approach to housing professional baseball and football teams. As a consequence, however, both teams have the same lease terms and their facility demands must be handled jointly.

“We’re also working together on this issue with the Chiefs and Jackson County.”

In a hint the county may play a large role in whatever happens, Jackson County Executive Frank White, Jr., said he was open to discussions with the Royals about a downtown facility in a statement released after Sherman’s remarks.

“As I have said from day one, we have a responsibility to ensure the County is using the tax dollars … as effectively and efficiently as possible,” White said.

“Part of that responsibility is being open to opportunities to improve the impact our investments are making in the community, including a potential downtown stadium.”

“Finally, I have been truly impressed by the thoughtful approach that John Sherman and other members of the Royals’ ownership group are taking.

“During our discussions, Mr. Sherman has made it clear that any decisions the team makes will be driven by the impact they will have on our community, in particular areas that have been historically underserved.”

During his remarks at the press conference, Sherman emphasized wherever a ballpark is located, it would result in a “meaningful community impact that’s real and measurable.

“It will result in economic growth and economic activity that benefits this region in a real and measurable way.”

“These sports franchises are here for a reason,” he said. “They are community assets. We need to have a positive impact in the quality of life for our citizens in Kansas City with a particular focus on underrepresented parts of community.”

Sherman also said any stadium plan will likely be a public-private partnership, citing the current financial arrangement at the Truman Sports Complex.

“Taxpayers are involved today, the way this stadium and renovation was financed in 2006 was with a Jackson County sales tax through 2031,” he said.

“I’d anticipate that again it would be a public-private partnership, how that’s structured is part of what we’ll find out in our process.”

The Downtown Council, which has been advocating for a downtown ballpark since at least 2005, was enthusiastic about Sherman’s latest comments about the idea.

“Kansas City has the opportunity to build a state-of-the-art urban ballpark in Downtown with enthusiastic owners who value the urban experience,” said Mike Hurd, spokesman for the organization of business and property owners.

“The Downtown community looks forward  to working with team ownership and other partners to develop an innovative, premier baseball facility that will be a source of pride for Kansas City and establish a thriving partnership with the neighborhood and community.”

In January 2020, the Downtown Council hosted Paul Goldberger, a Pulitzer Prize-winning architectural critic who had just written a new book about the history and evolution of major league ballparks called “Ballpark: Baseball in the American City.”

Golberger told the audience at the organization’s annual luncheon that Kansas City was “lucky” 15 years ago not to build a downtown ballpark when the Royals lease was last up because it had only begun its current revitalization effort.

“Kansas City was hoping the ballpark would jumpstart a whole downtown renewal which probably was too much to expect,” Goldberger said.

“Baseball can contribute an enormous amount to downtown, but it can rarely do the job of initiating an entire downtown renewal by itself.

“Now however, it is a different time. 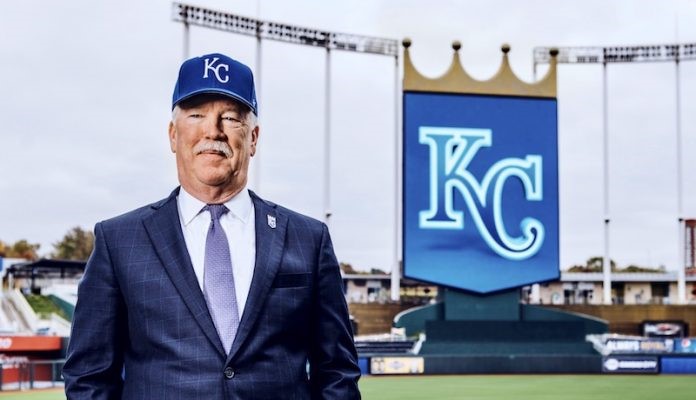 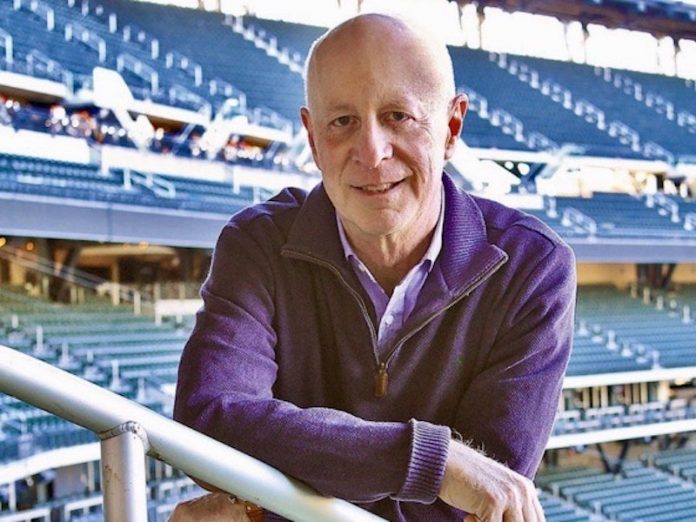