A new civic effort to shepherd the Country Club Plaza and environs into its second 100 years has formally organized as a nonprofit, and plans to hire staff and begin pursuing its goals by the end of the year.

The Plaza Area Council intends to be an umbrella organization looking out for the interests of not only the historic, privately owned shopping district, but adjoining neighborhoods, businesses, universities and cultural institutions.

“We effectively have a city within a city that’s an important piece of what makes Kansas City work,” architect Dennis Strait said.

“Part of the thinking that we’re all trying to hold onto moving forward is, ‘How do we make sure this important city within a city continues to thrive?'”

Strait is a member of the Plaza Area Council steering committee and was speaking to about 90 people who gathered at a Country Club Bank meeting room Tuesday to learn more about the endeavor.

The group was briefed on a larger vision for the Plaza district, given a progress report on the how the Plaza Area Council initiative will be organized and funded, and asked to list their ideas for moving the Plaza into its next century.

The shopping center designed by developer J.C. Nichols is celebrating its 100th anniversary this year.

Strait said the Plaza district, however, is much larger.

It includes the office and residential towers surrounding the historic core as well as the adjoining neighborhoods and nearby institutions including the University of Missouri-Kansas City, the Nelson-Atkins Museum of Art and Saint Luke’s Hospital.

Strait also touched on Nichol’s legacy of racial discrimination in his developments, both commercial and residential.

“We can continue to build it even more economically strong as well as more socially diverse part of our city and inclusive part of our city, but we’re going to have to be intentional about that,” he said.

“We were intentional, unfortunately, about that going on in the last 100 years so let’s be intentional going forward about how we can build a really strong and wonderful center for our city as we go forward.”

Among the more than 50 ideas suggested by the audience were increasing residential density; creating a safe, secure environment; adding regular events such as a farmers market; improving the pedestrian environment; and creating seamless, walkable connections to nearby areas including Brush Creek;

The Plaza Area Council organization calls for a board of directors with members from various constituencies, hiring an executive director and staff, and establishing sub-committees to pursue goals.

The initial budget was estimated at $255,000 to ramp up the organization with funding provided by members.  Ultimately, foundations and other institutions will be asked to underwrite the cost of bigger objectives.

In his presentation, Strait, a principal at Multistudio, used a graphic that displayed a map of Kansas City based on property values. It showed big spikes in the downtown and Plaza areas as well as significant value along the Main Street corridor.

“In Kansas City, we have effectively two downtowns which is unique,” he said.

“We need to really take care of those areas like the Plaza that are generating good back to the city. And we need to find ways to build more valuable areas like that. That’s part of why this effort is important.”

The Country Club Plaza shopping center is owned by a consortium comprised of Simon Property Group of Indianapolis, Macerich of Santa Monica and Taubman Centers of suburban Detroit.

Breana Grosz, general manager of the Plaza, was among those at the meeting.

“I was interested in attending my first Plaza Area Council meeting to learn more about the organization as it is continues to develop,” she said.

“I am eager to see how all stakeholders can come together to identify common goals to serve the greater Plaza area community. It is an exciting time for the Plaza area overall and there was a lot of great energy in the room tonight.”

Her observation was shared by David Westbrook, a respected communications professional involved with the endeavor.

“This room is empowering talent and empowering people with resources and empowering a commitment to our community,” he said.  “I’m impressed… We have launched something and it’s launched, you can’t take it back.” 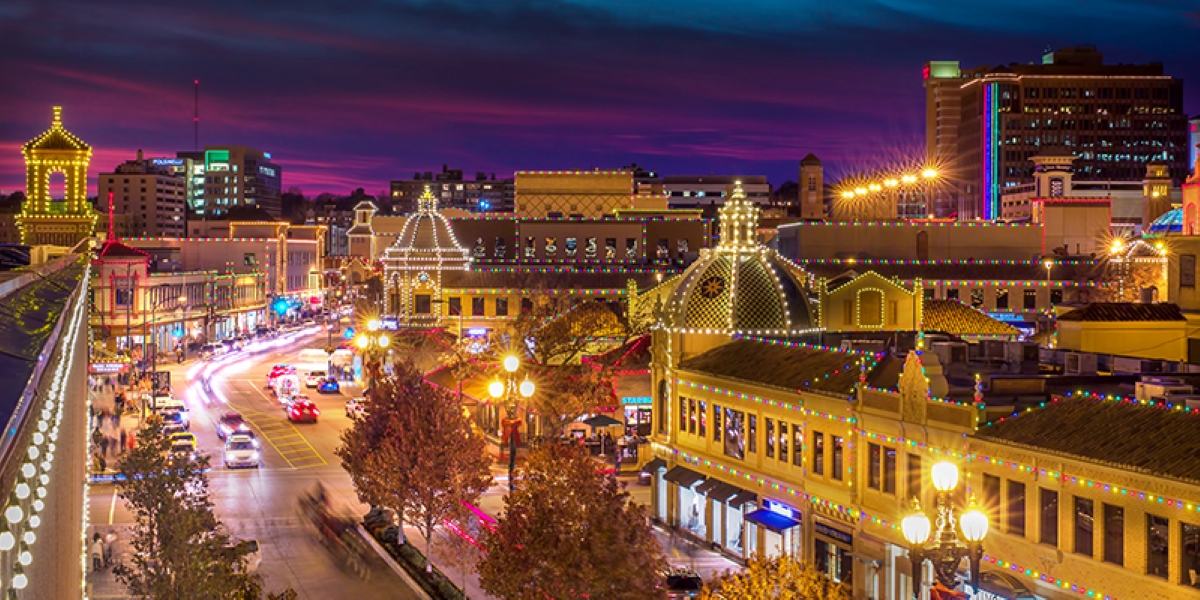