Why are minorities diagnosed with autism at lower rates than whites? 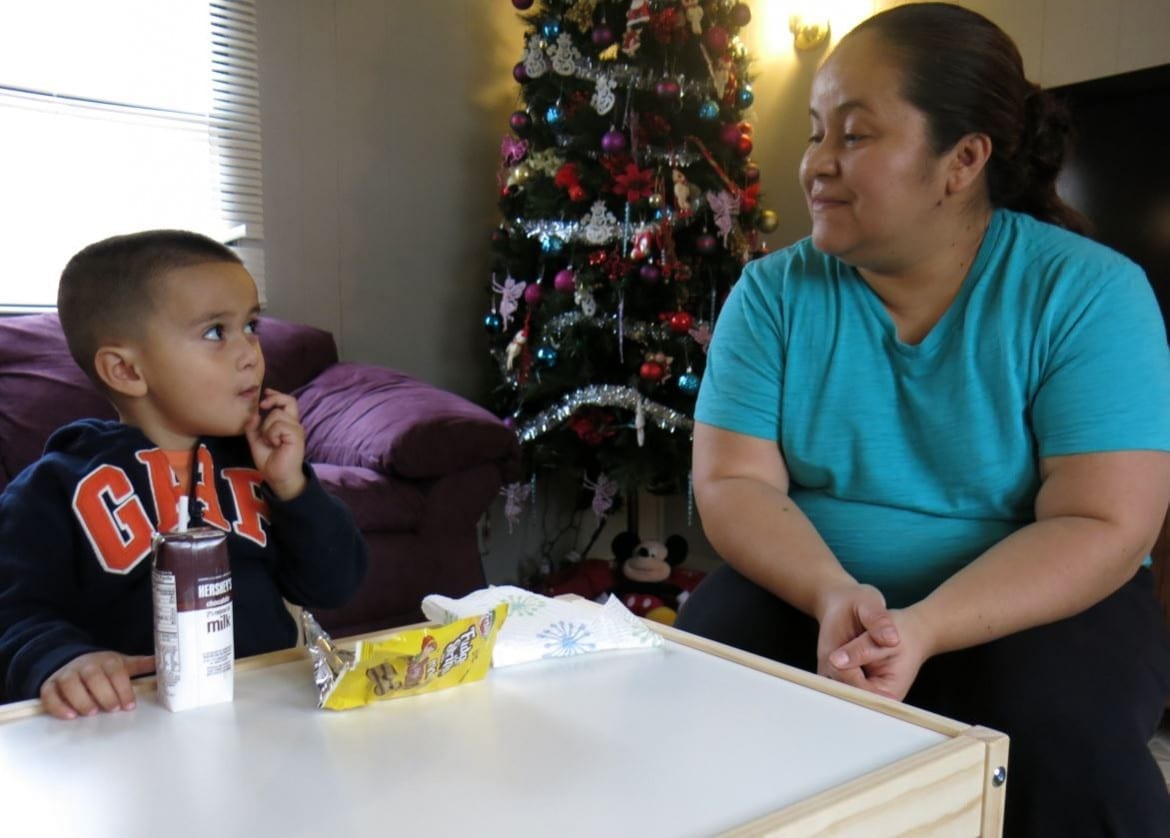 Wendy Santillan's 3-year-old son Raoul, who was diagnosed with autism, has found help for him through a training program geared toward families living in rural or remote areas.
Share this story

Just after picking him up from day care, Wendy Santillan serves her son, Raoul, milk and cookies.

Raoul, a 3-year-old with a crew cut and big brown eyes, happily devours his snack. But Wendy says she noticed early on some unusual behavior in her son.

“When he was 18 months, he starts to play with the toys in a different way,” she says. “He used to pass the toy (along) the corner of his eye, and that wasn’t normal at all to me.”

As Raoul grew older, he showed limited use of language. He wouldn’t point to objects. He became increasingly isolated. And in what doctors call self-stimulatory behavior, he still rubbed toys across his face.

In February, Raoul was diagnosed with autism spectrum disorder – among the one in 68 children in the United States with the syndrome, according to the Centers for Disease Control and Prevention.

“I was very worried because you, as a parent, never want your kid to be different,” Santillan says.

Wendy came to the United States from Mexico about eight years ago. She now works as a babysitter and lives in a mobile home in Kansas City, Kan. She says that when Raoul was diagnosed, she tried to do all she could to help him, but had trouble knowing where to begin.

“I speak English, but it’s not my first language,” she says, “and it’s hard for me to understand especially clinical words. And I was trying to find some information in Spanish, and you cannot find it.”

For many Hispanic parents, getting help for their autistic children is a challenge. And that often starts with the failure to identify the disorder in the first place, says Jason Travers, an assistant professor in the special education department at the University of Kansas.

In an article in the Journal of Special Education, Travers demonstrates that Hispanic and African-American children are diagnosed with autism at lower rates than white children. That, he says, doesn’t make sense.

“We shouldn’t have this disparity because autism is a disability that, according to most of our evidence, affects people regardless of race or ethnicity and socioeconomic status,” Travers says.

Travers and his fellow researchers examined how many students across the country were diagnosed with autism from 2000 to 2007 – whether the diagnosis was made by a doctor or by the schools themselves.

This was a time when autism diagnoses were soaring – for white students. But in just about every state for which data were available, that wasn’t the case for Latino or African American students. Travers believes those children were misdiagnosed.

Under the Individuals with Disabilities Education Act, schools are required to provide special services for children with autism. But when they’re not identified as being autistic, they miss out on crucial early help. And without that help, their long-term prospects diminish.

Travers says the reason for these disparities is unclear. It may be lack of access to doctors. It may be a cultural phenomenon. Some parents may not have the knowledge, confidence or time to advocate for their children. And school themselves may be an issue. Travers says there seem to be significant differences in how schools recognize the disorder.

This is not the first time disparities in identifying autism have been discovered. David Mandell, an associate professor of psychiatry and pediatrics at the University of Pennsylvania, published an article exploring the problem in 2002, and he’s been involved with several influential studies since then. But he says Travers’ work is big step forward in understanding what’s happening.

“It is truly a measure of the extent to which we are serving our most vulnerable children,” Mandell says. “And it suggests that we are underperforming and that we have a long way to go to improve care.”

Most of what’s known about autism disparities comes from health data or projections based on sample groups. By looking at individual numbers from individual schools, Travers’ study underscores how Hispanic and African-American students are missing out on services to which they are legally entitled.

Mandell hopes the new findings will serve as a call to arms.

“For a long time, advocacy around autism has really been led by very well-meaning, very effective, relatively wealthy or privileged individuals. And I think that this suggests an urgent need to engage other families in this battle to obtain appropriate care for children with autism,” he says.

After finishing his snack, Wendy Santillan’s son grabs his mother’s smart phone. Wendy was lucky; she found help for Raoul through Oasis, a University of Kansas training program for parents of autistic children geared toward families living in rural or remote areas.

Raoul is doing well. Defying stereotypical autism behavior, he smiles and seems to enjoy playing with his mother. But Wendy says she gets nervous thinking about his future and what will happen when he starts grade school.

“I don’t know what’s coming next, you know?” she says. “I don’t know if there’s public resources or if I’m going to have to put him in private. I don’t know. I have no idea what’s next. And it’s a worry. Of course it’s a worry, as a parent.”

Wendy still encounters hostility from some Hispanic parents when she suggests their children may have symptoms of autism. So she’s not only doing all she can to educate herself about the disorder; she’s working to educate other families in her community as well.

Food Serves as 'Language of Love'