NEXT STEP IS CONSIDERATION BY THE STATE SCHOOL BOARD 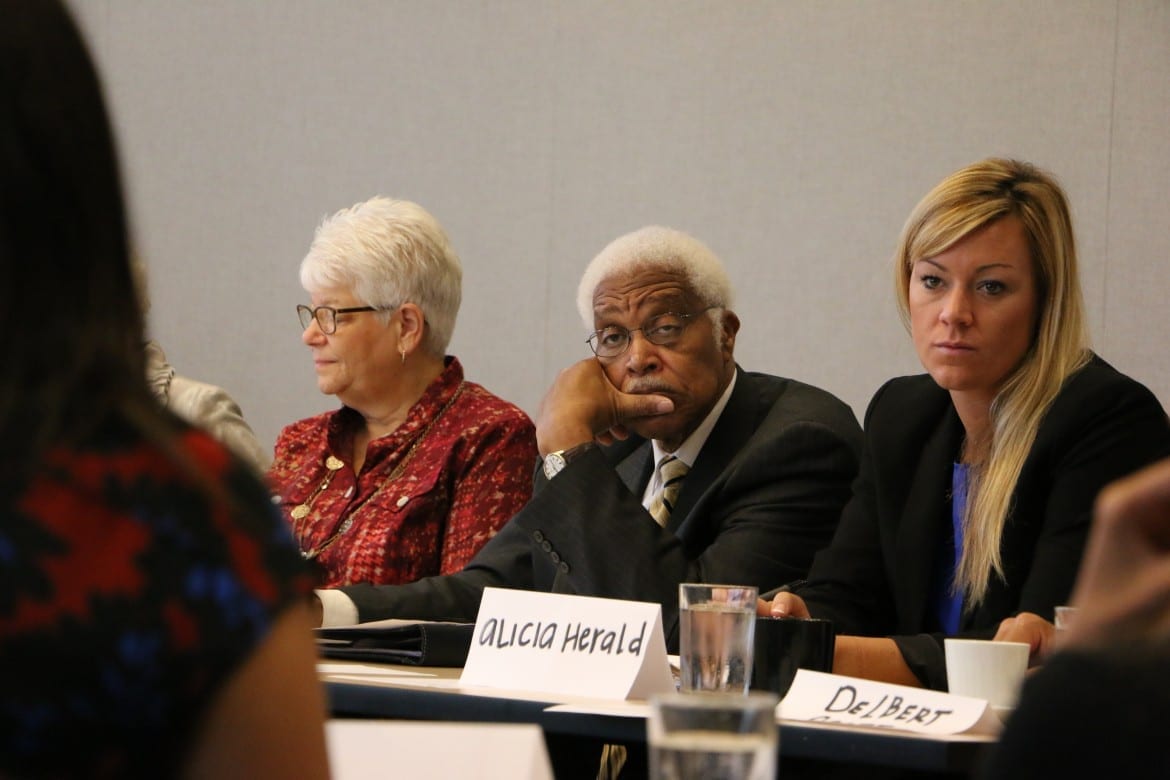 Members of the Missouri Charter Public School Commission listened last week as applicants outlined their plan for a new set of schools in Kansas City. The commission approved the plan this morning. (Photo by Mike Sherry/Hale Center for Journalism)
Share this story

A band of Midtown Kansas City parents is close to realizing their dream of creating a diverse, high-performing school district aimed at serving young families that might otherwise leave the city for better education options in the suburbs.

The Missouri Charter Public School Commission this morning approved a plan put forth by the nonprofit Citizens of the World Charter Schools (CWC) in partnership with a school board that includes members of the parent group, which organized two years ago as the Midtown Community School Initiative (MCSI).

The plan is to begin operation in the fall of 2016 with two kindergarten-through-first-grade schools, and then to add grades each year until it has established a K-12 district serving nearly 1,800 students. CWC’s target service area is bounded by Union Station to the north, Brush Creek to the south, State Line Road to the west, and Prospect Avenue to the east.

The CWC plan is the first to be considered by the commission (see sidebar).

“The pipeline is getting filled up,” Friedrichs said, “and the missing link is the schools.”

Comments came from a racially diverse set of speakers, and CWC’s application included letters of support from organizations that serve minorities and low-income families.

The next day, however, as the commission queried the applicants about their plan, they focused a lot on diversity – starting with the fact that the initial six-person school board only has one person of color.

“We acknowledge gaps in our racial diversity,” said board chair Luke Norris.

Board members said adding more minorities to the board is a top priority as they look to expand its membership.

Commissioner John Wright also questioned how the new district would recruit and retain a racially diverse teaching staff, given the limited pool that is available. He said it seemed almost inevitable that they would have to poach from other surrounding schools to hire minority teachers.

But, the applicants said that is one of the benefits of working with CWC, which can recruit from a larger talent pool that reaches beyond Kansas City.

Given that diversity is a key tenet of CWC’s educational model, board members said they couldn’t achieve their goals without a broad mix of students and staff.

That’s good, said Commissioner Deborah Curtis, who added that the commission is looking for more than just lip service when it comes to diversity. “It’s more than, ‘Let’s hope we get there,’” she said. 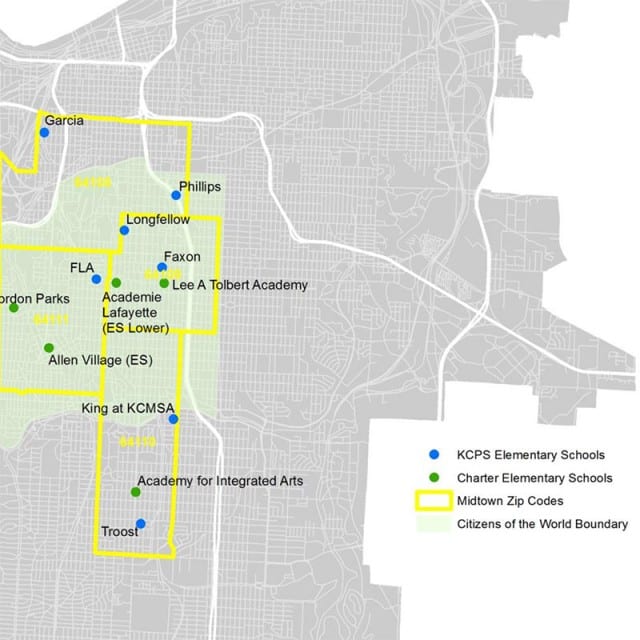 Commissioner Kent Farnsworth also noted some worries in the community that successful charters seem to become whiter and wealthier as the years go by.

The CWC Kansas City’s executive director, Kristin Droege, said she welcomed that healthy skepticism and pledged to be very visible in the community to ensure an ongoing pipeline of students and staff.

Establishing a charter district is no guarantee of success.

The Missouri Department of Elementary and Secondary Education lists 19 charters that have closed through the years in the state. Closures include Kansas City’s Derrick Thomas Academy, which left a slew of legal battles in its wake after shutting down in 2013.

As for the example of the Renaissance Academy, Kansas City Public Schools raised concerns about the model where local organizers enter into an operating agreement with an outside charter management organization.

Renaissance Academy had a management agreement with Virginia-based Imagine Schools, and late last year a federal judge ordered the company to pay nearly $1 million to the former board for what the judge described as a “double dealing” lease arrangement.

Meeting via conference call Tuesday morning, commission members said they were comfortable with the response their executive director, Robbyn Wahby, sent to the district about its concerns– noting that a nonprofit group like CWC is different from a for-profit like Imagine Schools.

Plus, she added, “Both (types) have had successful and failing enterprises.”

Local leaders of the CWC effort said the idea began to emerge in 2013 when a group of Midtown parents began brainstorming ways they could remain in the culturally rich area while still giving their children an educational option other than the academically struggling Kansas City Public Schools.

They eventually came together as the MCSI, and after issuing a request for proposals from potential partners, the initiative joined forces with CWC in February 2014. Leaders of the initiative have spent much of the past year meeting with parents and community organizations to outline their plan.

The effort received a boost early this year when three philanthropic organizationspledged $2.7 million to help launch the district in the 2016-17 school year.

According to the district’s application, its service area has about 6,000 residents up to age 17.

The application says there are seven KCPS schools and four charter schools within its boundaries, but that only one of the schools – Academie Lafayette – has at least 50 percent of its students in grades three through five meeting state proficiency standards in math and English.

Droege said she was confident that the group could partner with Kansas City Public Schools, despite the district’s objections.

“We will continue to work to make it a partnership and a collaboration to serve all of the children in the city,” she said.