Mental Health Crisis Center Set to Open Ahead Of Schedule 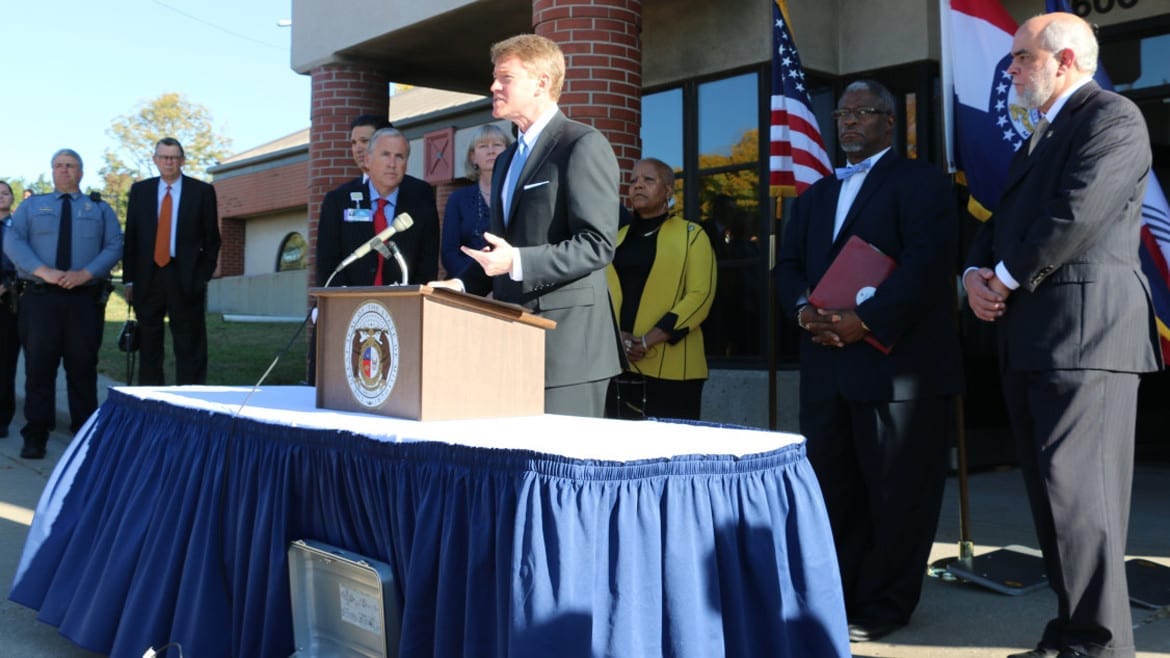 A new 16-bed mental health crisis center on Kansas City’s East Side could open as much as two months ahead of early projections. The target date is now July 1.

Details approved this month by the City Council call for a $1 million contribution from Missouri-side hospitals toward annual operating costs of the Kansas City Assessment and Triage Center and the establishment of ReDiscover, a Lee’s Summit-based community health center, as the service provider.

“The whole operation is very exciting,” said Kansas City Municipal Judge Joseph Locascio, who has spearheaded efforts over the past few years to create the crisis center. “We can’t wait to start and make it work.”

The center, to be located in a Missouri Department of Mental Health (DMH) building at 12th Street and Prospect Avenue, is designed as an emergency-room alternative for first-responders who encounter people suffering the effects of substance abuse or mental illness.

Stays will be no longer than 23 hours, allowing for stabilization and identification of those in need of longer-term services, such as housing or counseling.

Progress on the center follows the October announcement by Missouri Attorney General Chris Koster that approximately $20 million from the sale of two area hospitals will provide operating funds for the crisis center for 10 years. The set-aside resulted from the sale of St. Joseph Medical Center in south Kansas City and St. Mary’s Medical Center in Blue Springs by their non-profit owner to a for-profit company, Prime Healthcare Services of Ontario, Calif.

Kansas City is a partner in the center, pledging $2.5 million to rehab the 14,000-square foot building and then lease it from DMH, which plans to offer outreach and social services from the northwest wing of the building.

Meanwhile, officials are working to secure $2.5 million in state funding for the community-based, post-discharge service for patients. The hope is to have the appropriation included in next year’s state budget, now under consideration in Jefferson City.

Funding by the hospitals is projected to cover a third of the center’s operating budget. The largest of the five contributors is HCA Midwest Health, based on the volume of its patients that could be diverted to the crisis center. Centerpoint Medical Center in Independence and Research Psychiatric Center (RPC), at 63rd Street and Prospect, are among HCA’s area facilities.

The psychiatric center and nearby Research Medical Center are used heavily by police, and St. Aubyn said she welcomed the opportunity to be part of a project that provides a better alternative to law enforcement.

She said the center will likely make only a small dent in the problem of untreated mental illness and substance abuse, “but it’s a step in the right direction to work together as a community.”

Supporters, however, say that beyond the center itself, beefed up safety-net services are also needed. Merely stabilizing people and then sending them on their way won’t be sufficient.

“We’ve got to address these underlying issues or they will continue to cycle through our criminal justice and medical system,” Locascio said.

— Mike Sherry is a reporter for KCPT television in Kansas City, Mo., a partner in the Heartland Health Monitor team.