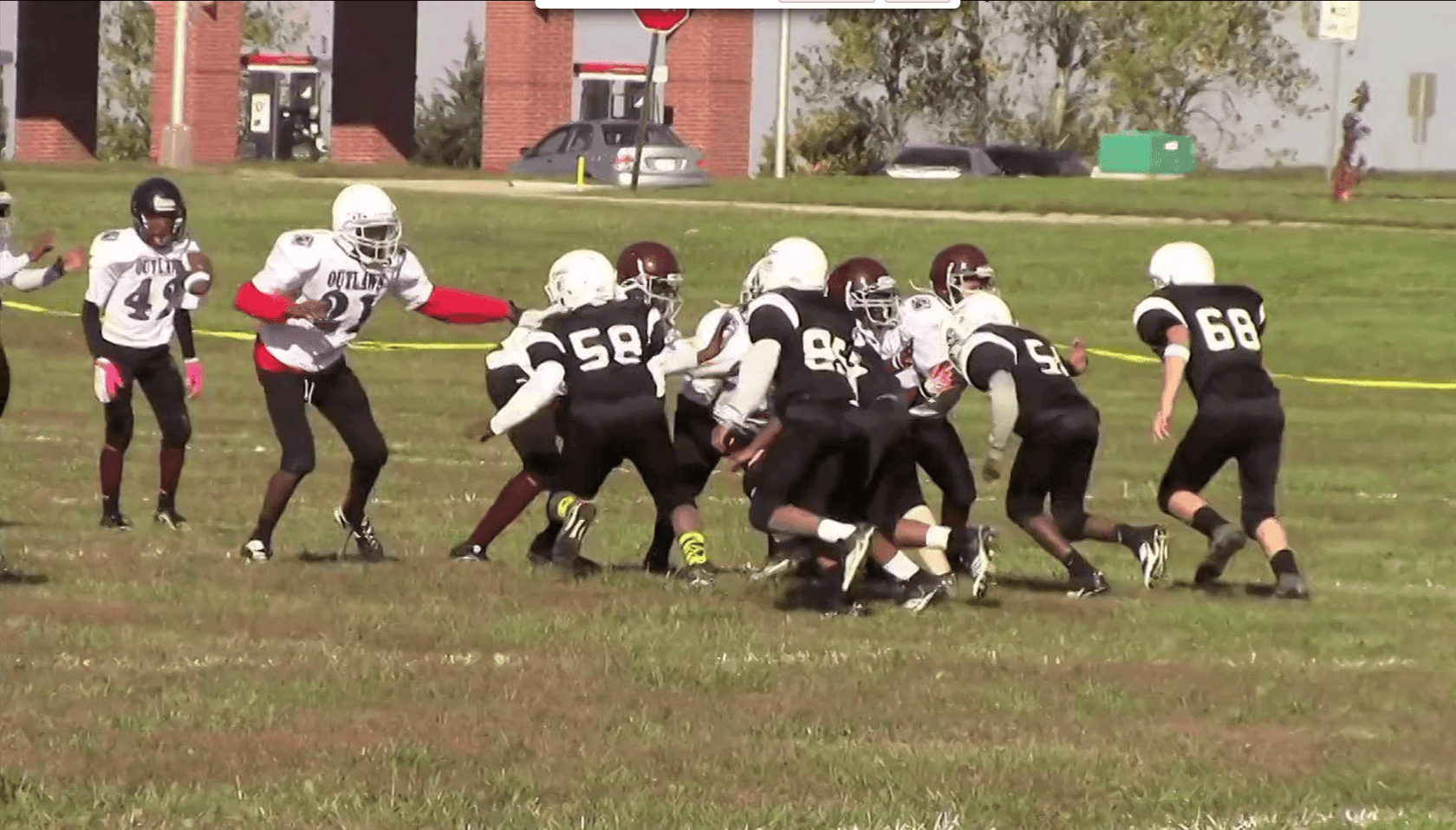 Part of Kimberly Chexnayder’s interest in reporting on the topic of concussions is the fact that she suffered one herself while playing basketball.

“I had had a concussion before, so the topic of concussions and the NFL and these recent lawsuits kind of peaked my interest,” said Chexnayder, who is a senior at Paseo Academy of Fine and Performing Arts. “So when I heard that the Kansas City Chiefs were going to host an event with Roger Goodell and the Heads Up clinic, I was really interested and thought that that could be something pretty worth while.”

Chexnayder’s reporting resulted in one of six student-produced video packages investigating the impact of concussions for the PBS NewsHour’s Student Reporting Labs.

Paseo is one of 50 schools working directly with the PBS NewsHour to contribute original reporting for both broadcast and the Web. This is Paseo’s first year working with the Student Reporting Labs, which is in its third year.

“We asked students to go out into their communities and find stories that were concussion-related,” said PBS NewsHour producer and program coordinator Thaisi Da Silva. “(The series) has shown how important it is to have youth reporters out there on the field.”

Students in Missoula, Mont., produced a story about the death of a local football player that resulted in legislation aimed at preventing concussions.

“I am not sure we would have been able to find that story had it not been for our youth reporters on the ground,” Da Silva said.

Da Silva said that was also true in Austin, Tx., where students shared the story of an anonymous student that said he has suffered over 20 concussions, but only reported four.

“Even though he is anonymous, I don’t think a young person would have been comfortable telling that to an adult,” Da Silva said.

PBS NewsHour published “Tough Calls: Youth reporters investigate the impact of concussions on football programs” last week, which features a range of stories, from Paseo’s coverage of Heads Up training to a Wisconsin high school’s report on how players cheat on baseline concussion tests.

Da Silva says that “Tough Calls” is not only producing powerful, youth-created content, but it’s also being used in classrooms around the country. “We have a Listserv where all of our teachers are signed up, and so I sent out an email (about the project),” Da Silva said.

Susan Johnson, a teacher from Richwood, W. Va., commented about the Paseo piece in an email to Da Silva: “I am using this to teach my class how the ‘prominence’ angle can give a story great news value.” In reporting, the prominence angle is one which uses a celebrity or an authority in the field to inform the story.

“It’s a really cool experience,” Chexnayder said. “I think it definitely got us exposure to real world journalism and something broader than just our high school or our area.”