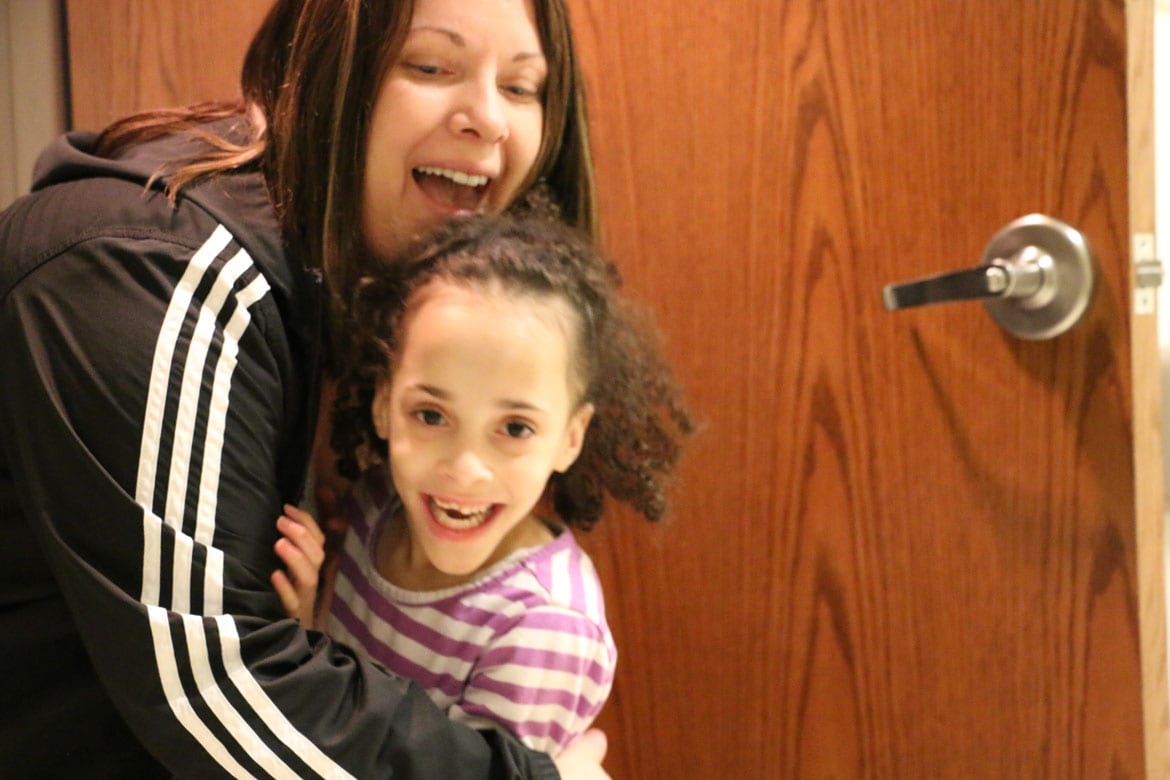 Chloe Robinson was about the size of a bag of frozen spinach at birth.

Born 15 weeks early and weighing only 1 pound, she spent her first eight months in the neonatal intensive care unit at the University of Kansas Hospital.

That was five years ago, and, one day last week, Chloe ran around a hallway at the hospital like any kid her age.

“She is one of our long-term, good-story patients,” said Debbie Pennington, clinical program coordinator of the hospital’s Neonatal Medical Home, which provides basic pediatric services and specialty care to high-risk babies born at the hospital.

This spring marks a little more than a year since the Neonatal Medical Home moved into its own, dedicated space within the hospital.

But while medical staff within that unit have seen signs that their work is making a difference, other child advocates are experiencing problems in their efforts to reduce deaths among kids of all ages in the state.

In Topeka, Kansas Action for Children is waging a legislative battle to allow more research into the hundreds of deaths among children that occur each year in the state. Closer to home, in Wyandotte County, data issues are stymying health officials’ efforts to analyze circumstances surrounding fetal and infant deaths in the county.

A variety of sources provide Information on the health and well-being of Kansas children, including reports from the Kansas Department of Health and Environment, the State Child Death Review Board, a body within the Kansas Attorney General’s office, along with the annual County Health Rankings.

Some of the statewide statistics are that:

According to data for Wyandotte County:

Advocates who are trying to attack the issue of childhood deaths in Kansas are expressing frustration at their progress.

In Wyandotte County, a 12-person case review team has been waiting since the first of the year to begin analyzing data about infant deaths in the county, said Terrie Garrison, program manager for clinical services at the health department within the Unified Government of Wyandotte County and Kansas City, Kan.

But, Garrison said, a computer glitch has prevented state birth and death records from flowing correctly to a state contractor, which makes the de-identified data available to the team.

“We keep looking every week to see if we have anything yet,” she said.

She was unsure when the system would be working properly.

The review team, which includes Dr. Prabhu Parimi, who is medical director of the Neonatal Medical Home at KU Hospital, will take that data and investigate the circumstances surrounding the death. Garrison said the review would also include an interview with the family, if they consent.

The reviews do not include cases involving potential criminal activity. But, Garrison said, systematically reviewing infant deaths might uncover consistent themes that local policy makers could then address.

For instance, she said, the reviews might find that many of the mothers lacked transportation to get to doctor’s appointments. That, in turn, might prompt placement of a new bus stop in an area of need.

In Topeka, Shannon Cotsoradis is having her own issues with mortality data for children.

She is the CEO of Kansas Action for Children, an organization that is pressing the Legislature to make information from the State Child Death Review Board available to public health researchers.

This is the third year the organization has pressed for legislative authorization, Cotsoradis said. After passing the House unanimously, she said, fears that it might provide a vehicle for unrelated amendments hung it up in the Senate.

She said supporters are hoping the legislation can make it through when lawmakers return later this month for a short veto session.

Right now, Cotsoradis said, there’s only so much analysis that the board’s small staff and its board members can do. The Legislature established the board in 1992.

Even with those limited resources, Cotsoradis said, information gleaned from the dataset helped convince state lawmakers to establish graduated driving privileges for teens as they get older and have more experience behind the wheel. The rules took effect four years ago.

Cotsoradis also said a broader review of the data might produce more targeted interventions to reduce deaths among children on all-terrain vehicles.

Otherwise, in terms of policymaking, she said, “You are throwing spaghetti at the wall, pretty much. … The data is just sitting there waiting to be utilized.”

At KU Hospital, leaders of the Neonatal Medical Home are crunching their own data. They are finalizing figures for a presentation they are making at a medical meeting next month.

The unit has a caseload of about 700 patients.

By at least one measure, Parimi said, it appears the medical home is succeeding.

Typically, he said, about a quarter of all pre-term babies require re-hospitalization within their first two years. That rate is about 5 percent at the medical home, Parimi said.

Part of the unit’s comprehensive care, he said, is making staff available over the phone — so that parents can get answers when things seem to be going wrong. That is reassuring for the parents, Parimi said, and it can save what might be a costly trip to the emergency room.

Chloe’s mother, Vicky Wayman, remembered the help she received when her daughter swelled up from kidney failure.

Overall, she said, the medical home staff have “made it so easy for such a hard and difficult thing to deal with.”