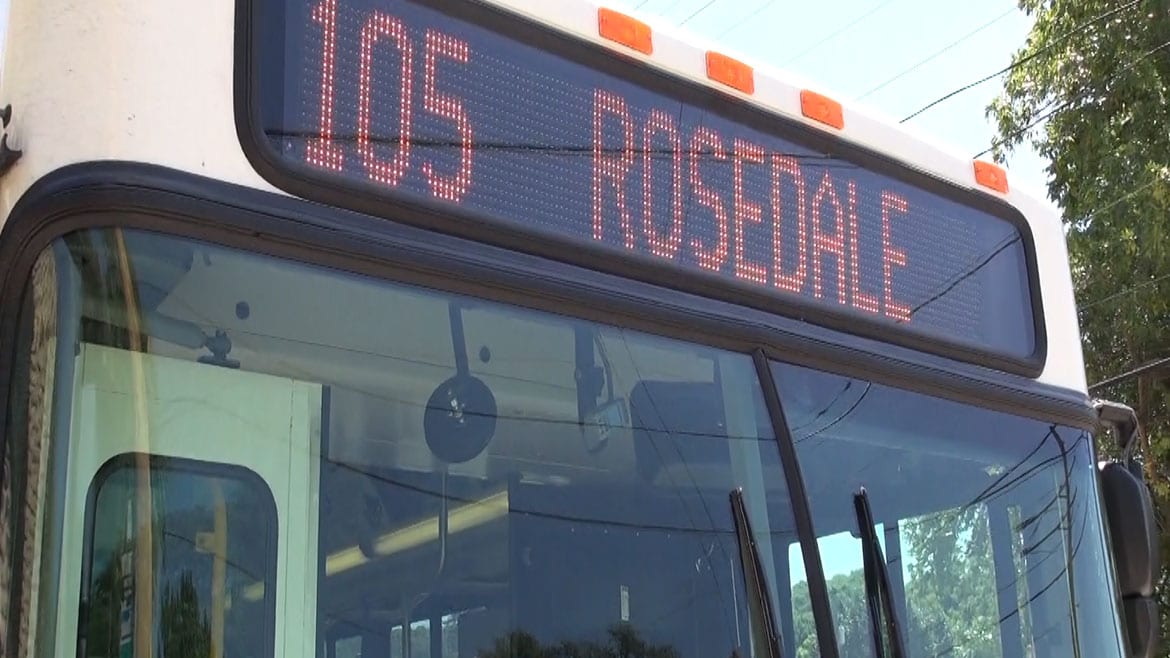 It was nearly a decade ago that the Rosedale Development Association, a nonprofit community improvement corporation, identified lack of transportation as a significant barrier for neighborhood residents who wanted better access to medical care, grocery stores and other basic services.

The feedback came via a community-needs survey conducted by a volunteer working with the organization, said Erin Stryka, program manager of the association’s Rosedale Healthy Kids program.

After a less-than-positive response from area transit authorities back then, she said, the push for a bus route serving the area languished until a coalition of neighborhood organizations and church leaders revived the idea a couple years ago. Stryka has served as the association’s point person on the project.

“It just kind of became a mission for some of us,” she said.

The board of commissioners agreed to allocate $250,000 to run the health-focused route, which began operation in late June as the 105-Rosedale run. The route runs between the Rosedale and Argentine neighborhoods.

Ridership is about 40 percent above the break-even point, Stryka said. The 105 is the first new route in KCK in about a decade, according to officials with the Kansas City Area Transportation Authority (KCATA).

Public transportation addresses a social-equity issue by giving low-income residents the same mobility enjoyed by more well-heeled populations, said Daniel Serda, a city planning consultant and a Wyandotte County representative on the KCATA board of commissioners.

On a more practical level, Serda cited the example of a diabetic who is relying on a friend for a trip to the doctor and has to cancel because the friend gets sick or has car problems.

“You could end up in a week or two in a health crisis that lands you in the emergency room out of something that really boiled down to the fact that your friend’s car broke down,” he said. “There is almost a level of absurdity with it, but that is the reality that a lot of folks in our community are facing.”

Explore some of the key stops along the route: