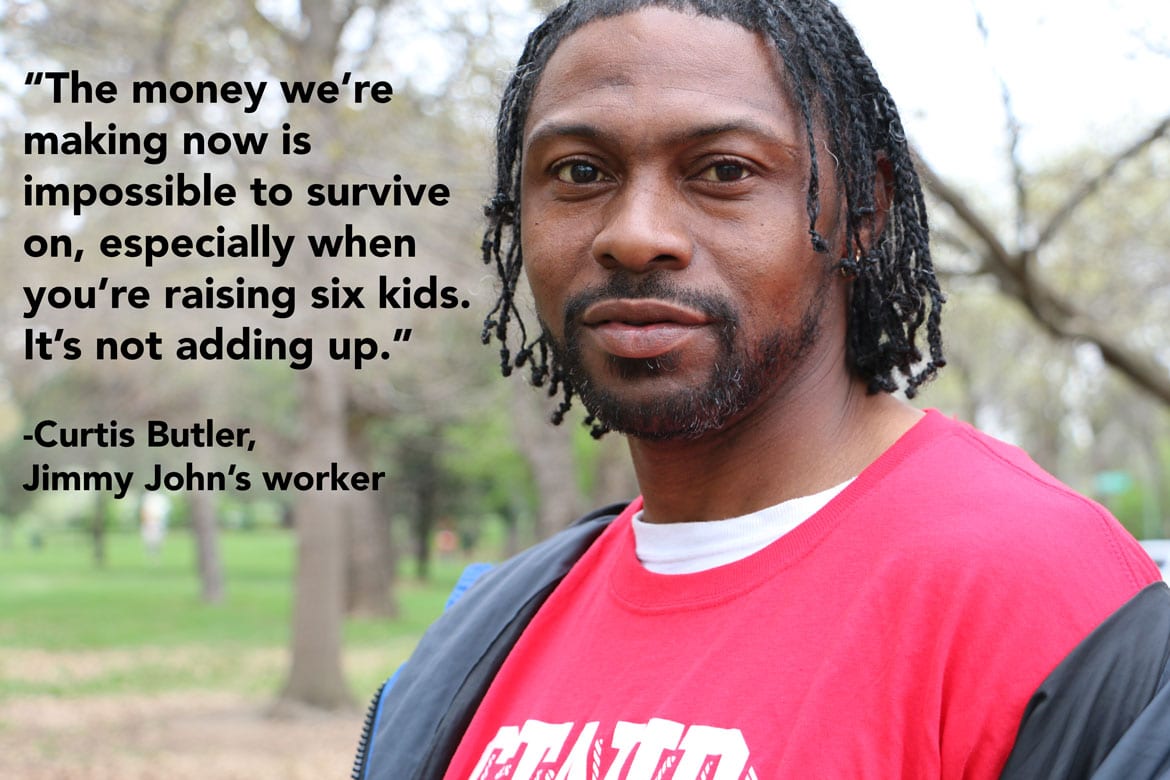 Chants of “Hey, hey! Ho, ho! These poverty wages have got to go!” could be heard across several blocks as hundreds of people marched from Theis Park near the Plaza to the UMKC campus Wednesday afternoon.

Many of Kansas City’s fast food workers, home health care workers and university adjunct professors joined together to fight for higher wages and the right to unionize at the “Good Jobs and $15 for all” rally organized by Stand Up KC. The event was part of the national Fight for 15 movement, which held demonstrations in cities nationwide Wednesday.

According to Stand Up KC, the goal isn’t to raise the federal or state minimum wage (although the organization would support that), but instead, for large employers like fast food restaurants and universities to raise their employees wages to at least $15 an hour.

“It’s about these companies willingly giving us the ability to negotiate better wages when we know they’re profitable companies,” said Terrence Wise, a Stand Up KC organizer who works at McDonald’s and Burger King.

Before the march, KCMO Mayor Sly James spoke to the large crowd at Theis Park.

“It is immoral, it is unjust, it is unreasonable, it is unforgivable, it is unexplainable that we all live in the richest, most powerful country in the world, and people work 40 hours a week and cannot feed their families,” he said.

James said low-wage workers are often women and minorities. He encouraged all rally attendees to take action by voting. 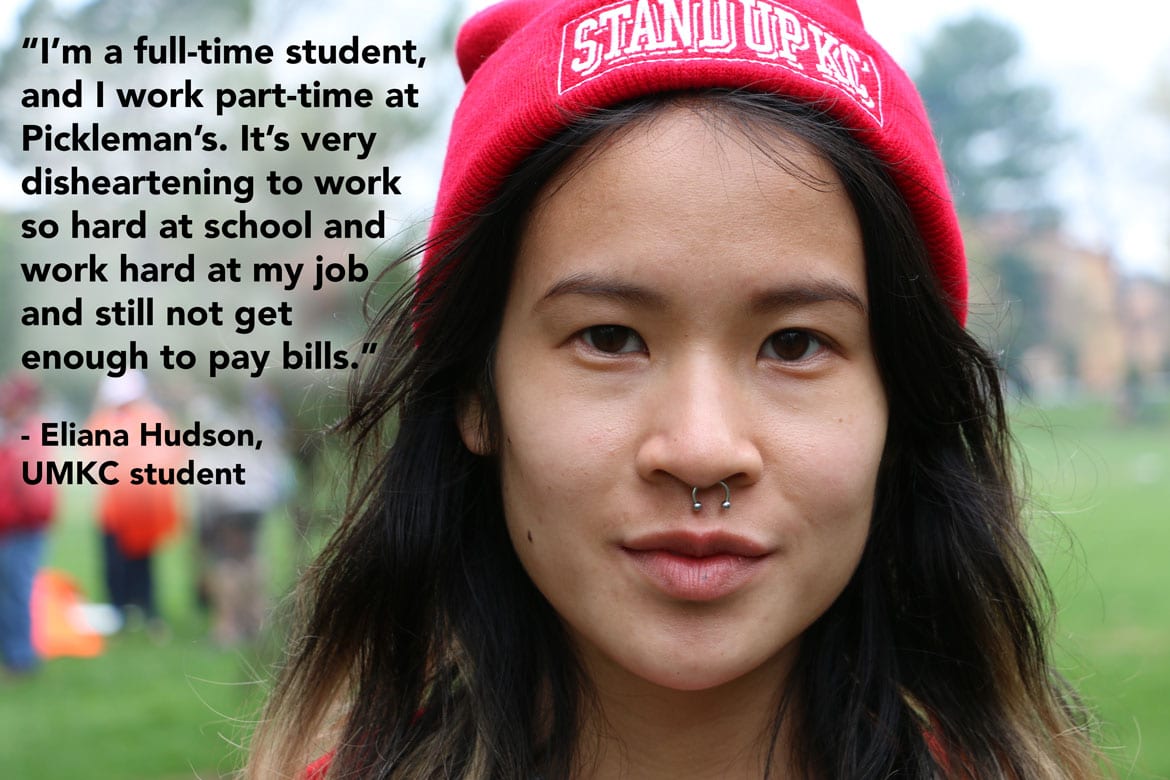 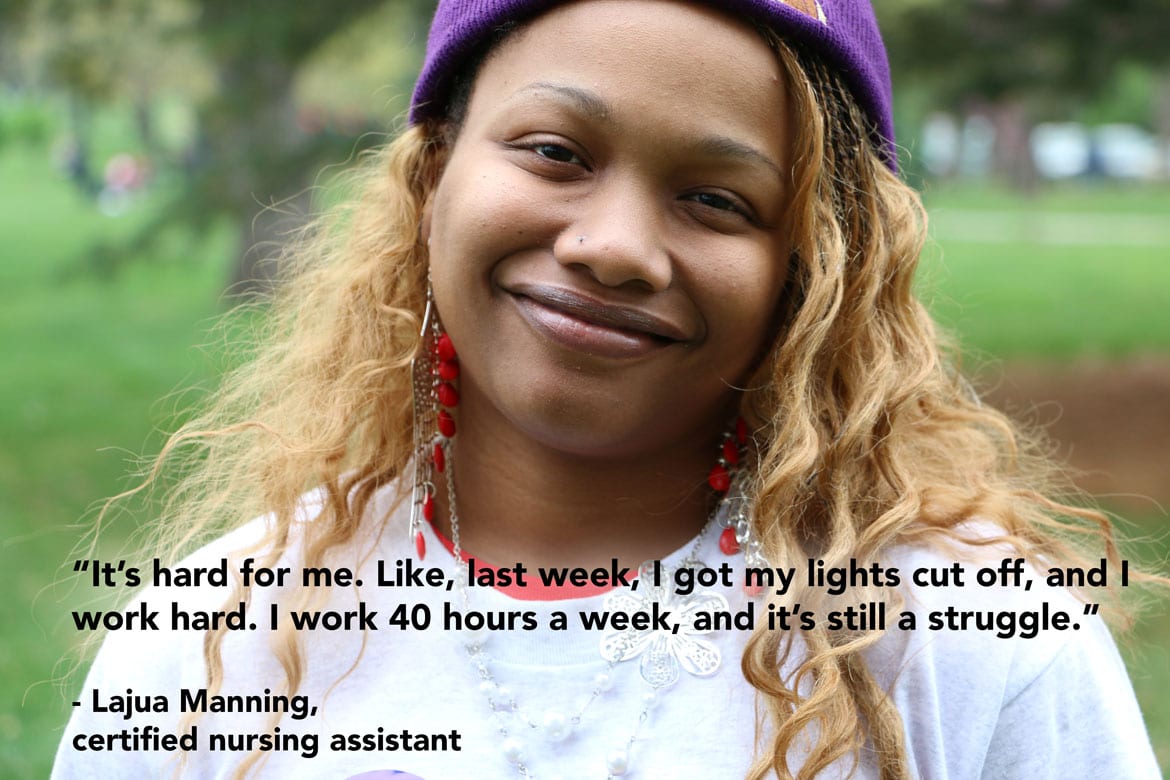 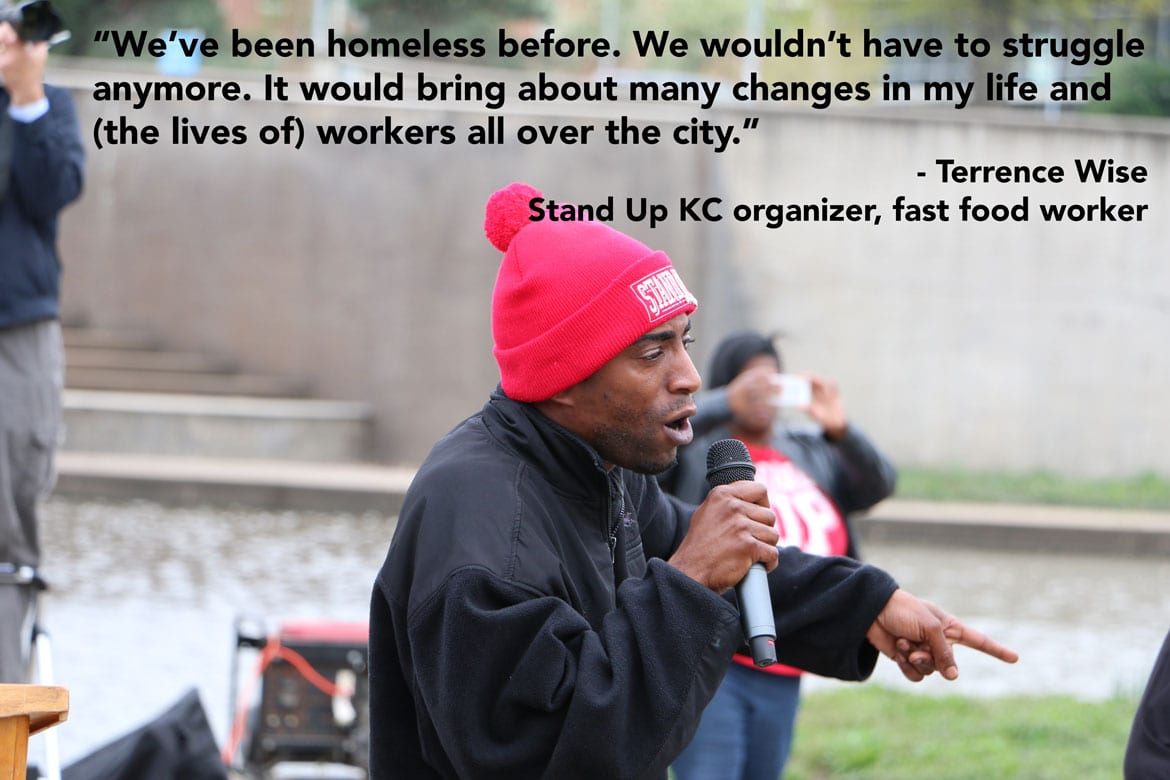 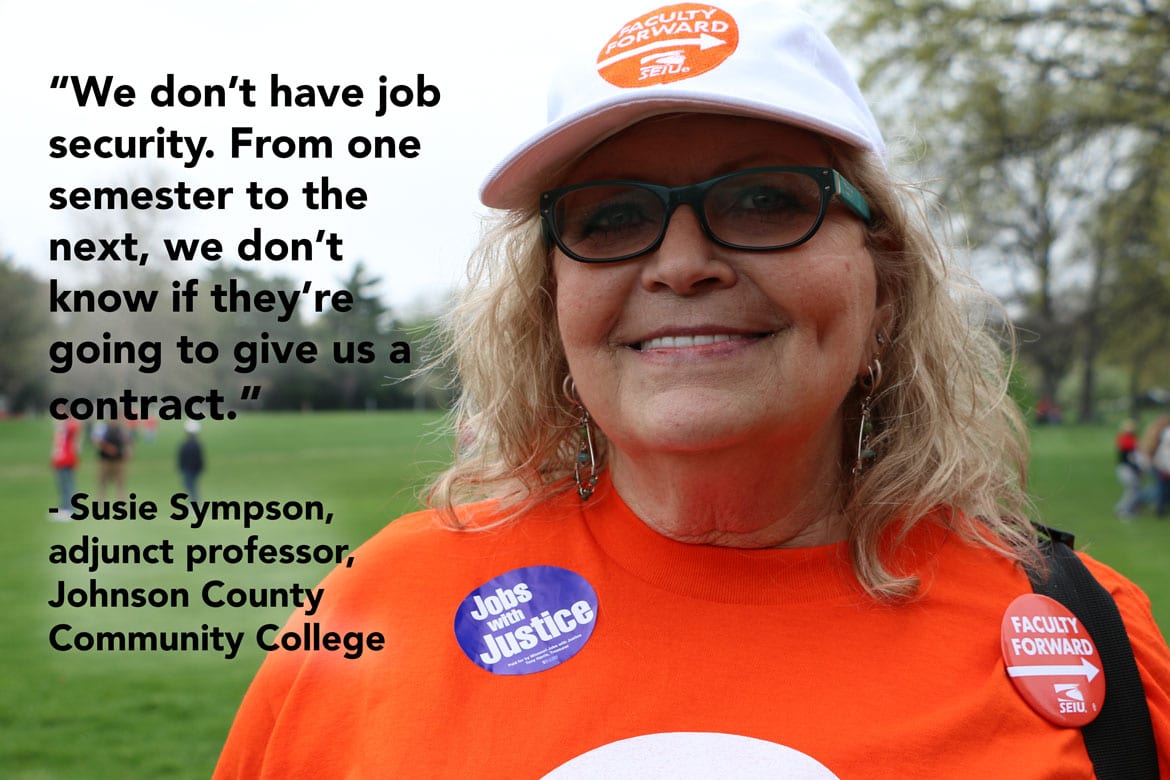 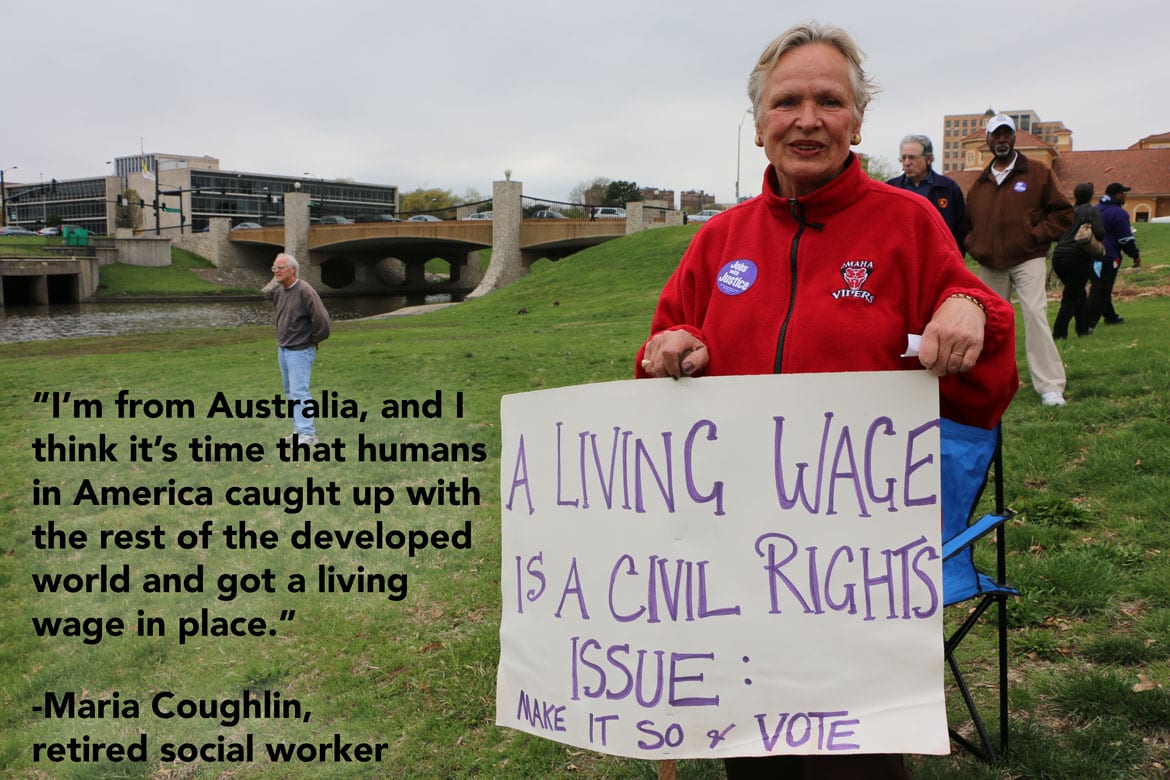 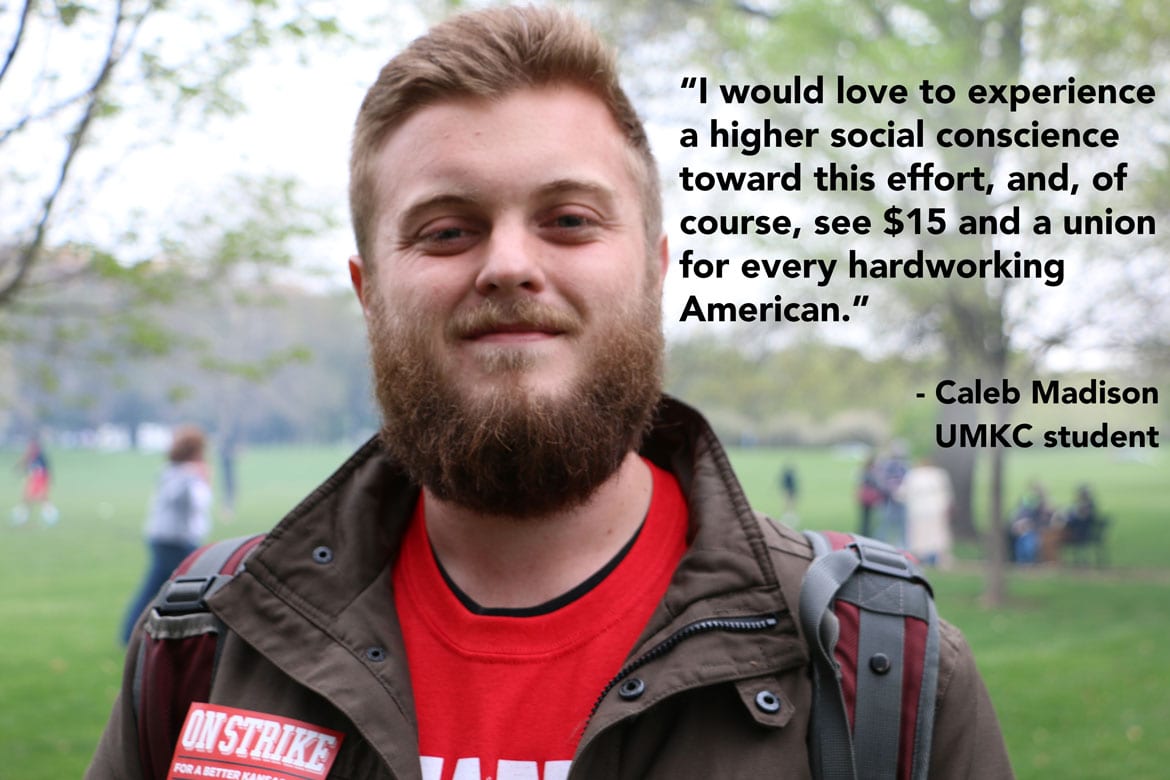 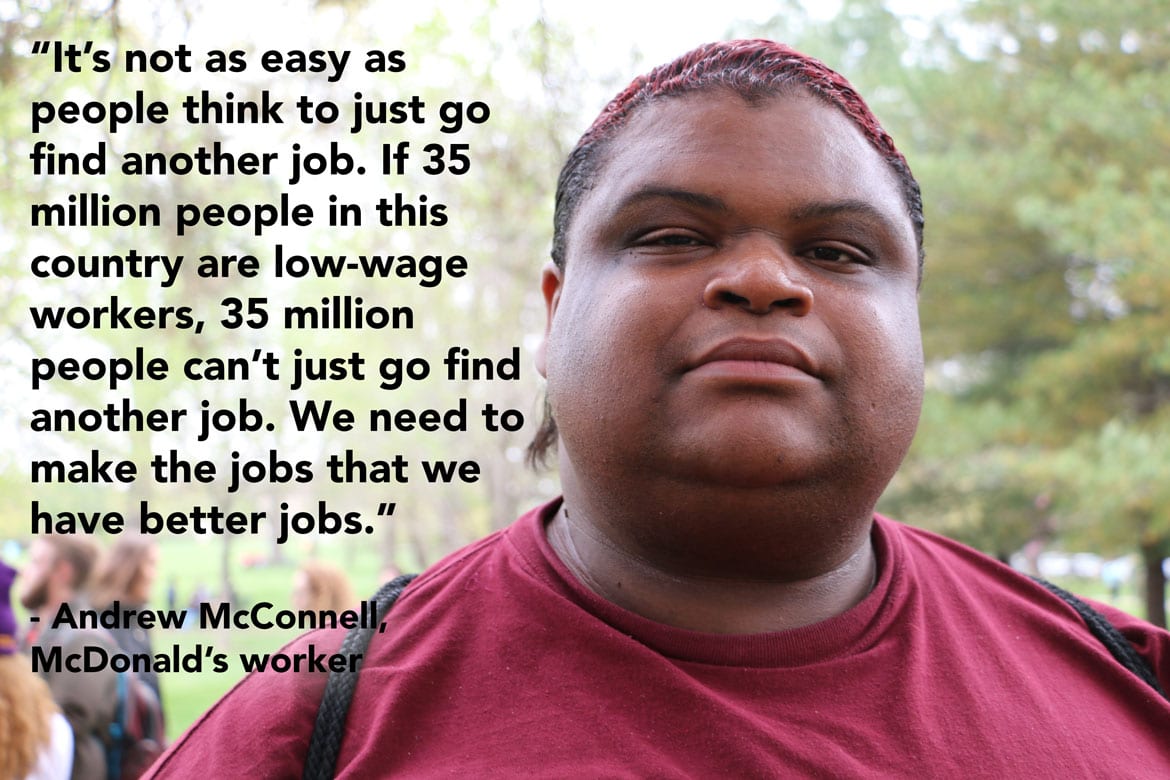 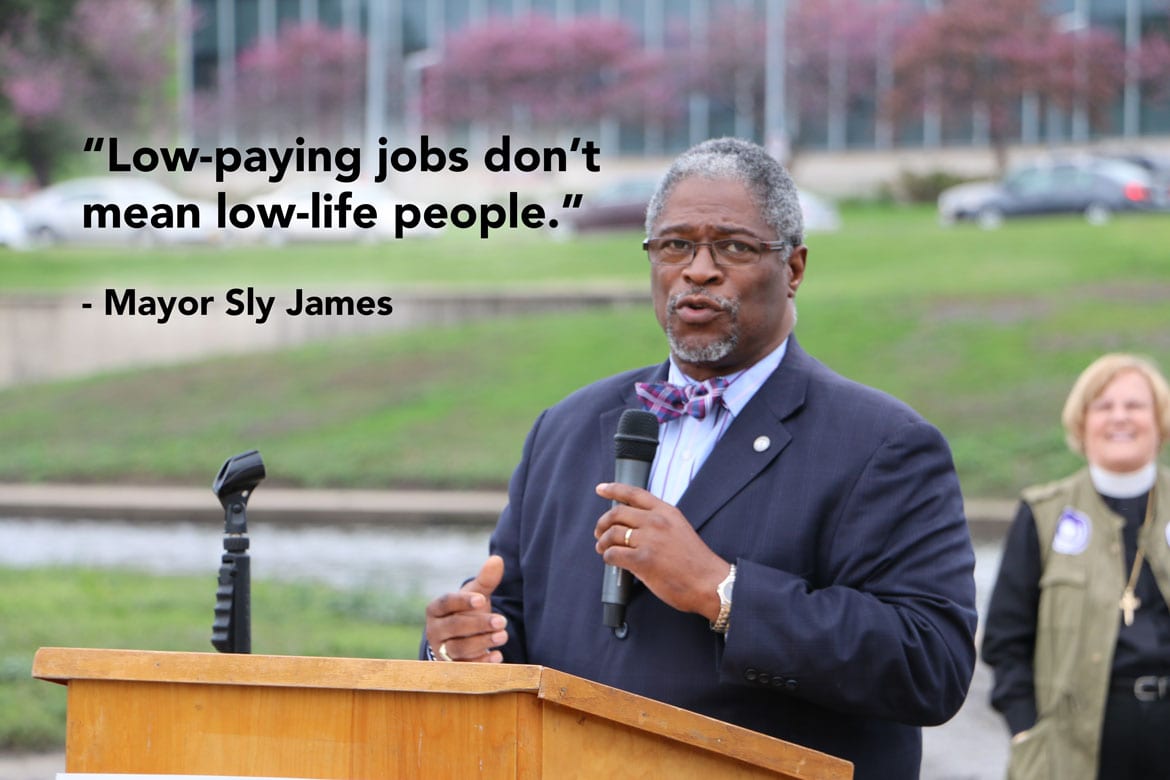 Tags: disparity • Getting By in KC

One thought on “KC rallies for low-wage workers”