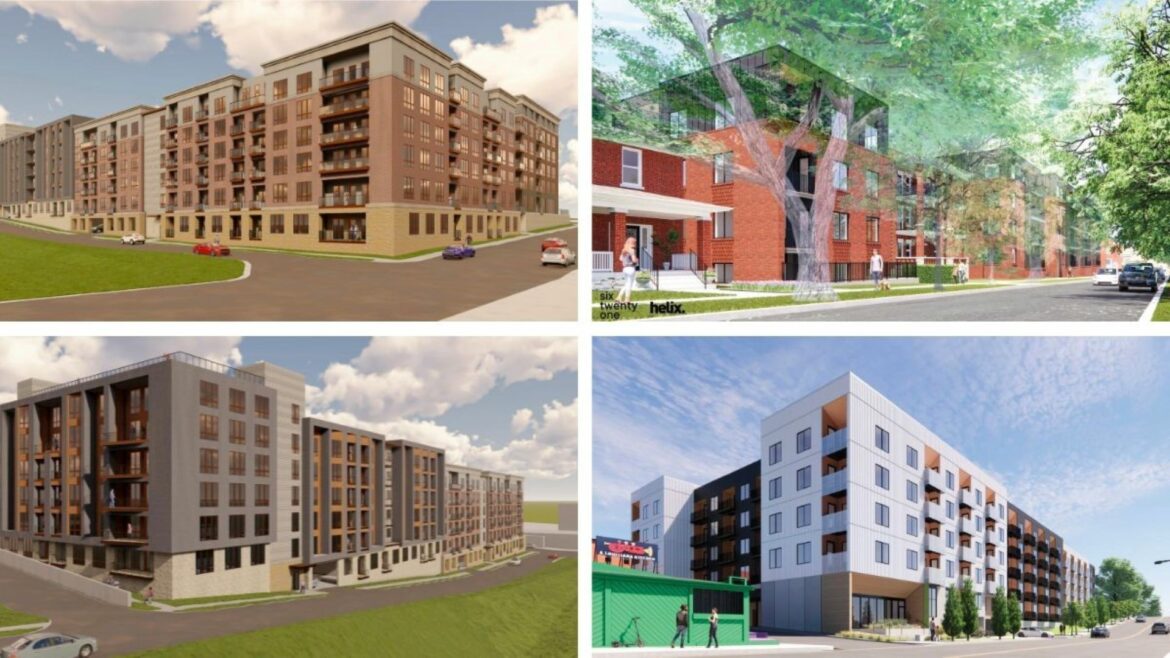 During his last weeks with Kansas City Public Schools, then-Superintendent Mark Bedell pushed for the district to have more input into development projects from the Kansas City Area Transportation Authority (KCATA).

KCATA’s development arm, called RideKC Development Corp. (RKCDC), was founded in 2018 to bring “transit-oriented development” to Kansas City. Its mission is to develop transit and surrounding neighborhoods at the same time.

But Bedell, in public testimony to his school board and to KCATA commissioners, said the transit agency doesn’t keep the district informed about tax incentives that cut into its revenue and doesn’t focus on the neighborhoods that need the most attention.

During his time as superintendent, Bedell repeatedly emphasized that if Kansas Citians want to see continued progress in area schools, they must address systemic issues outside the control of KCPS that affect students’ success.

Bedell, who recently resigned to take a superintendent job with a district in Maryland, led KCPS for about six years, longer than any superintendent in decades. The district regained full state accreditation under his leadership after losing it in 2012.

Kansas City has many tax exemptions that can incentivize development by reducing the tax bill for property developers. These tax breaks can make a project more profitable for businesses, but they come at the expense of property tax revenue, which would otherwise support public services such as the school district and library.

KCPS expects to receive more than two-thirds of its income from local sources during the next school year, despite an unusual influx of federal pandemic relief funds.

District leaders have been vocal about how development can affect the overall well-being of the city and its children, in positive and negative ways.

Despite the district’s strong interest in development, KCATA hasn’t briefed it on projects or given opportunities for input, Bedell said during a school board meeting July 20.

During the same meeting, Kathleen Pointer, the senior policy strategist for KCPS, said that the transit agency’s decision to exclude the school district from development conversations is a “sharp deviation from how any of the other economic development agencies in town operate.”

“Despite asking for meetings to understand their policy, they have started to move projects forward without briefing us on them,” she said. “Even (agencies) where we don’t always agree with them do brief us on projects before they move them forward to their boards.”

Frustrated by a lack of response to emails, KCPS officials resorted to using the chat feature during publicly accessible KCATA Zoom board meetings to get answers. The transit agency then disabled the function, Bedell said during in-person public testimony at a meeting of the KCATA Board of Commissioners on July 27.

“There’s two (development projects) going through today,” Bedell said during his testimony. “We have not been briefed on them. We have no understanding of what is the process to be able to be briefed so that we can have opportunities to engage and perhaps be able to offer some level of support.”

KCATA approved two projects later the same day, with a combined budget of $182 million and the potential for property tax exemptions of up to 75% for 15 years. Both projects include multifamily housing. One is at 31st Street and Baltimore Avenue and the other is at 39th Street and State Line Road.

The transit agency and school district have tentative plans to meet in mid-September, after the school year begins.

KCATA declined an interview with The Kansas City Beacon until after this meeting occurs.

“Both organizations have new top executives and both are looking forwards, not backwards,” a representative from KCATA said. “Any article that inflames issues could be counter productive and create unnecessary friction.”

RKCDC is a relatively new agency, founded as a nonprofit and governed by the KCATA, that seeks to develop public transportation in tandem with surrounding housing developments.

Its primary focus at this time is the “Main Street corridor,” which will connect downtown with Midtown, Westport, the Country Club Plaza and the University of Missouri-Kansas City. Along this corridor, bus lines that run east-to-west will connect neighborhoods to the central streetcar.

RKCDC has at least four projects under consideration: the two it approved on July 27, as well as one development at 10th and Main streets and one near River Market.

Bedell had pushed for more development east of Troost Avenue — a historic economic and racial dividing line in Kansas City created by racist housing practices. Instead, he said, KCATA has focused on areas that already see plenty of development.

“We’ve been fighting for trying to get the (tax incentives) to be utilized to enhance east of Troost, which has been redlined out,” Bedell said during the July 20 school board meeting. “We keep saying that over and over and over again, and we still get limited economic development on that side of town.”

The transit agency also declined an interview about how it makes development decisions, so it is unclear why RKCDC has planned all four of its approved housing developments west of Troost Avenue.

Instead, a representative of RKCDC sent a link to the agency’s 34-page development guide from its website. This document details a “transit-readiness” evaluation that RKCDC makes when planning its developments, based on measures like job density, intersection density and “concentrated investment.”

Why KCPS is Concerned About KCATA

KCPS declined an interview with The Kansas City Beacon, saying the district had already made its position clear in multiple public forums.

In a June 29 letter to KCATA and other local government officials, Bedell raised concerns with the agency’s practices and called on it to treat the school district as a “partner” and operate with greater transparency and public input.

He said the transit agency hadn’t been responsive since two initial meetings and that the district hasn’t been briefed on any projects.

Bedell followed up the letter with an update at the July 20 school board meeting, during which school board members chimed in with concerns about how KCATA and other development agencies affect the district.

A week later, Bedell gave a three-minute public comment — the maximum time allowed —- at the KCATA board of commissioners meeting, the same day the board accepted Robbie Makinen’s resignation as CEO and approved two more projects.

KCPS has long been concerned with the ways developers use property tax incentives.

In 2021, public schools within KCPS boundaries — including charter schools — lost $37 million because of tax incentives. That amounts to 23% of the property tax revenue the schools collect.

Pointer, the senior policy strategist for the district, said the $37 million figure comes from the Governmental Accounting Standards Board report that the city creates to disclose information on tax abatement each year.

The KCPS website also cites statistics comparing its lost revenue to that of other local districts, information Pointer said came from another city presentation.

The website says suburban districts to the north lose less money per student to tax incentives, receive larger payments from developers and have a greater say in tax incentives.

For example, while KCPS experienced $1,069 of tax abatement per student in the 2018-19 school year, the Park Hill School District experienced only $97 per student.

In Kansas City, several agencies can offer tax exemptions, including Port KC, which focuses on the Berkley Riverfront, and the Economic Development Corp., which can issue seven types of tax breaks to developers for a variety of reasons. Some, like Port KC, have restricted opportunities for public comment in recent months.

In a tax incentive web page detailing the district’s thoughts on needed reforms, KCPS notes that a number of other cities and states put stricter limits on incentives or allow school districts and other taxing incentives power over whether they are approved.

That doesn’t happen in Kansas City, but most development agencies at minimum brief KCPS on projects.

Jennifer Wolfsie, a KCPS school board member, said the district has worked hard to develop better relationships with those agencies before KCATA’s lack of communication created a setback.

“It seemed a bit like whack-a-mole, you know, with incentives and people incentive shopping, and that kind of settled down — not completely, but it was better,” Wolfsie said. “And now we have another opportunity, another hole, essentially.”

The school district also objects to KCATA and Port KC relying on internal analysis of projects without getting an independent opinion.

In an email statement to The Beacon, Frank White III, interim president and CEO of the transit agency, said it will be collaborating more openly with KCPS in the future.

“We’ve had several conversations with KCPS in recent weeks and they have agreed to meet once school has started,” White said. “We share their desire to attract more residents, families and students to the city and look forward to seeing how we can achieve our goals together.”