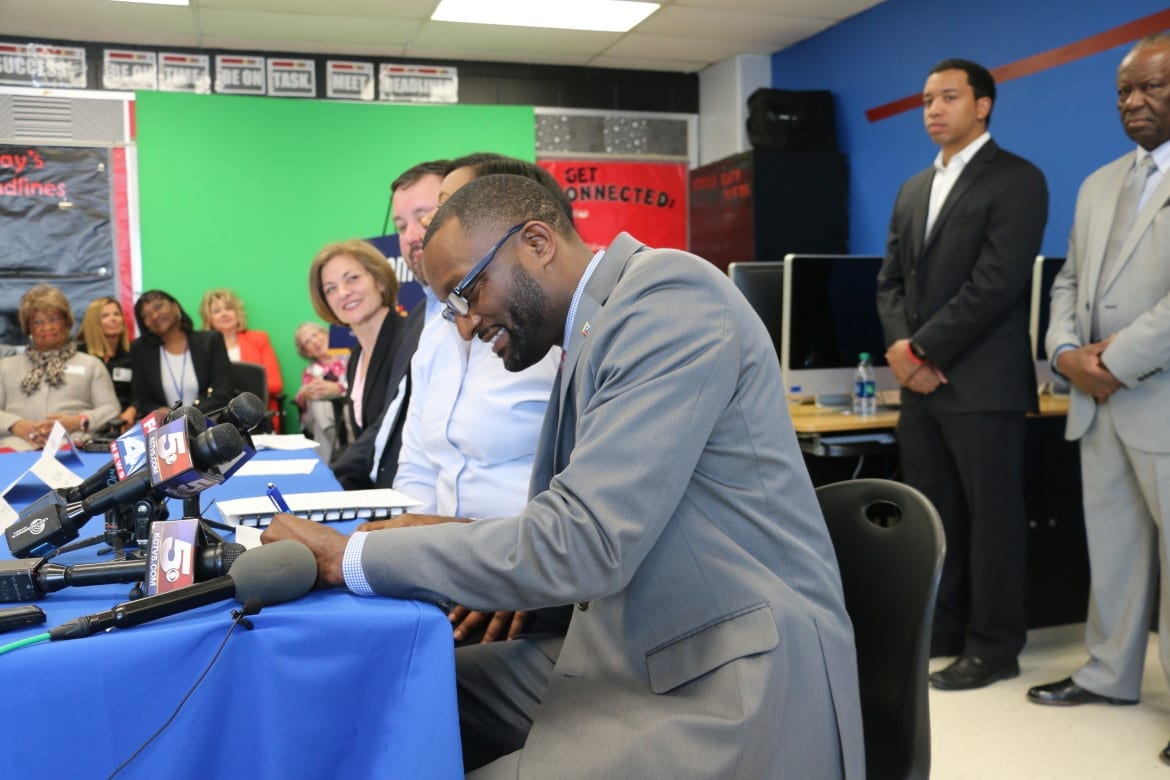 Educators from around Missouri were brutally honest when they met as a panel at Missouri Gov. Mike Parson’s Conference on Economic Development. Many of the state’s schools, including the ones they lead, are not doing enough to prepare students to succeed beyond graduation.

When he came to Kansas City two years ago to lead the Kansas City Public Schools, some of the high schools lacked a coherent sequence of courses to prepare students for either college or jobs, Superintendent Mark Bedell said. The district is working with educational partners and businesses to build those academic pathways and enable every student to graduate on a college or career track.

“Our vision is simple,” Bedell said. “We want to prepare kids for jobs that don’t even exist.” The biggest challenge, he said, “is just consistency.” Today’s rapidly changing world requires school districts to be forward-thinking and fast on their feet. That is difficult in a district like Bedell’s, where students and educators move frequently in and out of classrooms and jobs.

On the plus side, Kansas City Public Schools benefits from partnerships with PREP-KC, Metropolitan Community College and others. John Link, superintendent of Jackson School District in rural southeast Missouri, longs for those kinds of relationships.

“We’re behind in southeast Missouri,” he said. “We don’t have any opportunity for vocational and skills training.” His district has few internship programs for students, and the nearest technical school is more than 100 miles away in St. Louis, Link said. He is trying to forge partnerships with local businesses.

Lori VanLeer, superintendent of the School District of Washington, about 50 miles west of St. Louis, spoke to a challenge familiar to rural and urban educators. “Some of our students come to school hungry and with a lack of interest in education,” she said. Mental health issues, social and emotional difficulties, and a lack of exposure to opportunities are all barriers.

All of the school leaders said they were working to break down the silos between classrooms and the working world. Springfield Public Schools sends teachers to local businesses for summer “externships,” so they can bring new knowledge about products, technology and skills to their students. Liberty Public Schools pushes project-based learning, where teachers and students use math, science and communications concepts to tackle real-world issues.

“The thing I’m most proud of is, we’ve killed a culture of isolation in our system,” said John Jungmann, superintendent of Springfield Public Schools. “The biggest challenge is, change is tough.”

While other superintendents nodded, Jungmann faulted Missouri’s accreditation system, which still works on a strictly academic model. If schools are expected to foster partnerships with businesses and teach students the “soft skills” they’ll need in the working world, they should be rewarded on state assessments, he said.

“We are not agile,” Jungmann said. “The districts that are moving are ones that have heard from their communities that we’ve got to change.”

Next week, Flatland will conclude its look at workplace development issues covered in Parson’s conference by focusing on work in cities.