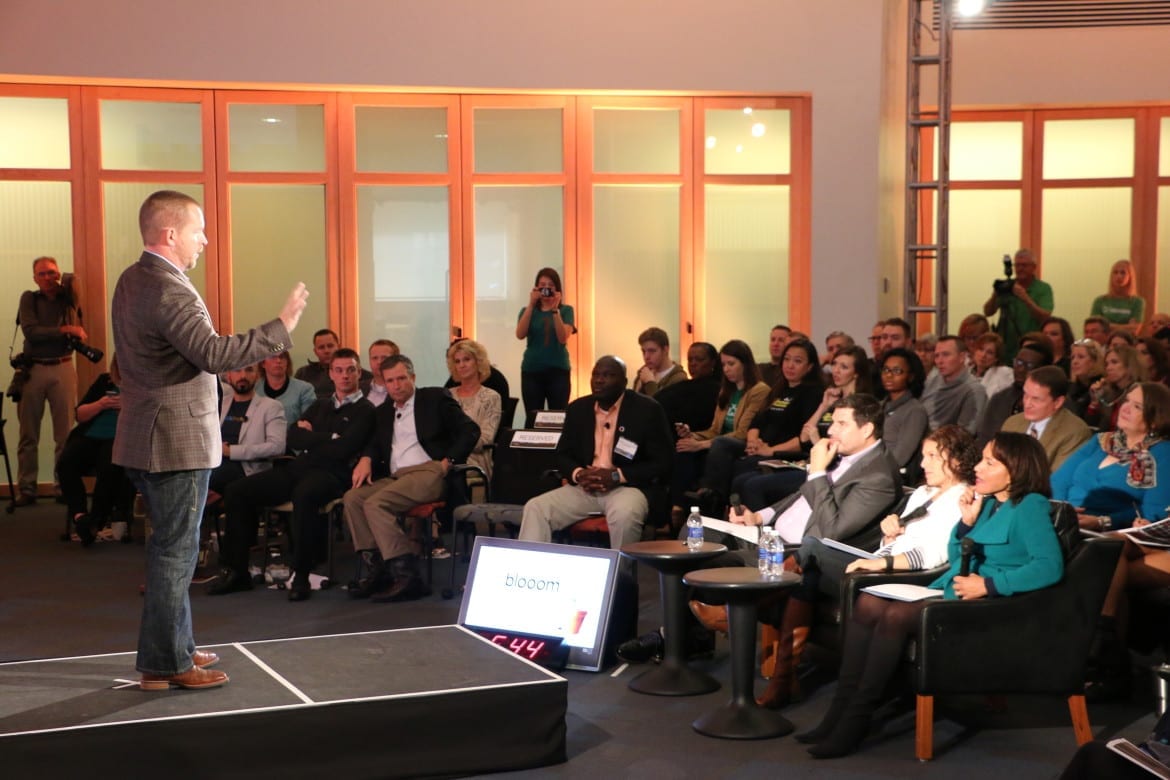 And then there was one.

Global Entrepreneurship Week (GEW) and the Ewing Marion Kauffman Foundation hosted the first One in a Million Business and Pitch Competition Wednesday morning at the Kauffman Foundation Conference Center on Rockhill Road, as five hopeful entrepreneurs from the 1 Million Cups community presented their start-up companies to a panel of judges in the hopes of gaining notoriety and $10,000.

The five companies chosen for the final round had been whittled down from 377 original applicants, through three rounds of evaluations that judged the businesses’ marketability, long term potential, management team, and the entrepreneurs ability to persuasively present their businesses in just a few minutes, according to the Kauffman Foundation.

At the final round the founder of each company had six minutes to “pitch” followed by six minutes of questions from judges and audience members. Around 300 spectators, including Kansas City Mayor Sly James, were on hand to view the event.

After deliberating for 20 minutes, the judging panel  which included Sprint CEO Marcelo Claure, handed its decision to James. The Mayor announced that Blooom, an investment firm based in the Kansas City area, won the competition and $10,000 in prize money. Blooom was the only Kansas City-based company in the finals.

The company’s employees erupted in cheers as the announcement was read.

“I am very honored, we were not expecting it,” Chris Costello, co-founder and presenter for Blooom, told Flatland immediately after winning the grand prize. “I am very proud to represent Kansas City, given that this is the inaugural event, this is where 1 Million Cups was born, this is obviously where the Kauffman Foundation is, so the fact that they chose a Kansas City company, this award is pretty special,” Costello said, holding the ceremonial large check. 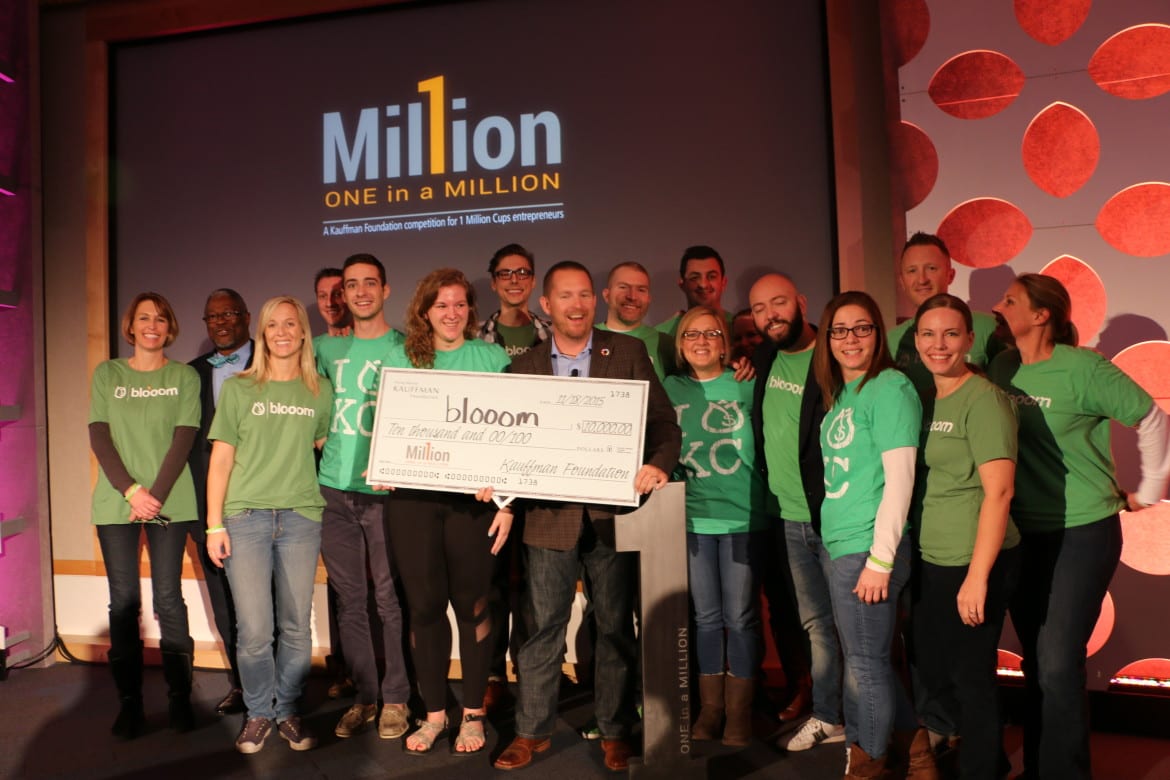 1 Million Cups is an entrepreneurial community that started in Kansas City in 2012, and has since grown to 77 cities in 37 states across the country. The name is based on the idea that it will take 1 million cups of coffee to unite a community of entrepreneurs, said Jordan Marsillo, program director for the Kauffman Foundation.

“When we started in 2012, Kansas City entrepreneurs had a lot of great things going on, but they were really fragmented at the time, they just weren’t connecting,” Marsillo said after the event Wednesday. “The program was designed just to get people in the same room and to ask, ‘What as a community can we do to help you?’” she said.

Second prize at the event went to DryBox, a company out of San Antonio, Texas that creates kiosks that dry out wet cell phones in 30 minutes. Third prize went to SwineTech, from New Sharon, Iowa, that has developed an electric hog harness that keeps mother pigs from squashing their newborns on hog farms. Each took home $5000 and $1000 respectively.

Blooom, (there are 3 O’s on purpose) is an online investment firm that tracks the health of an investor’s 401k through the visualization of a flower’s health. The company is designed for the middle class, a subset that, according to Costello, can not afford or are afraid of financial planning advice.

“We built Blooom for those people,” Costello said. “It is a huge untapped market, and they need this so bad,” he said.

During Blooom’s pitch, Costello, perhaps playing to his audience, drew applause from the local crowd for suggesting a tech/investment firm could succeed in Kansas City and not be forced to operate out of Silicon Valley.

After the event, Costello said it was a source of pride to operate locally. He and Blooom co-founders Randy AufDerHeide and Kevin Conrad were all born and raised in the Greater Kansas City area.

“There might be a little chip on my shoulder that says, ‘Hey, we can do it good, too,’” Costello said. “I think the big difference about building a company here in Kansas City is being committed to staying,” he said. “If you look at what Mr. (Ewing) Kauffman did, H&R Block, Cerner, and Sprint, these were companies that were not built with an exit strategy in mind. We are trying to do the same thing; we are trying to build a company that will be here in Kansas City when my grandkids are my age,” Costello said.