Above image credit: A monarch butterfly sits on a plant outdoors for the first time at Powell Gardens. It just left its cocoon within the past day. (Annie Jennemann | Flatland)
Sponsor Message Become a Flatland sponsor

Kansas City residents can play an important role in supporting increasingly endangered monarch butterflies as they migrate across North America each year.

The growing threat was highlighted when the International Union for Conservation of Nature (IUCN) announced the addition of the monarch to its Red List of Threatened Species as endangered on July 21.

Monarchs migrating across North America are expected to pass through the Kansas City area around Sept. 10, according to Chip Taylor, director of Monarch Watch, an organization based at the University of Kansas in Lawrence. It takes around a month for them to completely pass through the area.

Overwintering involves the monarchs collecting in dense clusters in trees in a semi-dormant state, according to the Monarch Watch website.

Although the IUCN changed the migratory monarch’s risk status, it doesn’t change the species’ status in the United States.

In December 2020, the U.S. Fish and Wildlife Service released a statement saying that adding monarchs to the threatened and endangered list was “warranted but precluded by work on higher-priority listing actions.” The agency said the status of monarchs will be reviewed each year.

“Now, there’s still a lot of monarchs, but the population is vulnerable. The numbers are not as good as they were in the past,” Taylor said.

Monarch butterflies play a significant role in sustainability. As pollinators, the monarch butterfly migration contributes to ecosystems that support flowers and food products.

But monarchs have been at risk for some time now, with several weather-related events occurring in the past two decades that Taylor called “disturbing.”

There were events in 2002, 2004, 2010 and 2016 at sites in Mexico where the monarchs migrate for the winter where up to 80% were killed, Taylor said. The reason for those events has to do with the changing climate.

“The Pacific Ocean is heating up, absorbing a lot of the excess energy from other greenhouse gasses that are reflecting, keeping the air from getting back into space,” Taylor said.

Then, periodically, the moisture increases during the winter months. Sometimes it comes into Peru, Colombia or Central America, Taylor said. Other years, it hits central Mexico, where the monarchs are located.

The moist air rises, cools and then it rains as the monarchs sleep. Then temperatures drop below freezing, killing the butterflies in large numbers.

“So we haven’t had an event like that since 2016,” Taylor said. “And hopefully, we won’t have another one, but it’s likely that we will. The population is really vulnerable.”

The 2012 drought’s impact included “catastrophic economic losses” in the agricultural sector, according to the National Weather Service. Warm temperatures in March caused an earlier start date for the growing season, which was followed by dry weather from April to June and record heat.

Monarch populations have rebounded from the record lows, Taylor said, but the question remains whether those are sustainable trends.

When monarchs leave their cocoons for the first time, their wings are small and their abdomens are big. The newly born monarch will sit and pump fluid from its abdomen to its wings to grow.

Perrette raises both monarchs and swallowtail butterflies at Powell Gardens. After the monarch finishes drying off in the mesh cube, they will be placed outside.

The best way to support monarchs is to plant milkweed and nectar plants and create butterfly gardens, Taylor said.

If raising milkweed plants, be cautious about oleander aphids — a pest attracted to milkweed. Aphids are known for large populations and weakening milkweed plants. They can be killed by mixing 1½ tablespoons of dish soap per gallon of water and spraying the plants, according to the Missouri Department of Conservation.

Perrette cautions about using this method if there are monarch eggs and caterpillars on the milkweed. Another way to get rid of aphids is to squeeze them off with your fingers, Perrette said, if there are no caterpillars or eggs that could be harmed.

To plant a butterfly garden, Perrette suggests keeping plants and flowers together in a contained space. This way, butterflies may be more likely to notice the garden.

“And then if it's filled up, you shouldn't have to pull weeds very often because your area’s taken over,” Perrette said.

Additionally, blooms are necessary for every growing season in a butterfly garden. For spring, Perrette said geum is one to plant that is also a perennial, so it will bloom again each year. In summer, purple coneflowers and blazing stars are some examples of perennials to plant.

Joe-pye weed plants are another perennial that’s good for filling up space, Perrette said. They come in a few different sizes as well. Other annual plants to include in a butterfly garden may be lantanas, pentas, zinnias or tithonia.

Perrette also noted a yard or house isn’t necessary to support monarchs and other pollinators. You can set a potted milkweed and a potted nectar source outside your home.

“Whether you raise one butterfly or 10 … you're still helping in some way,” Perrette said.

Annie Jennemann is a Dow Jones data journalism reporting intern. She is a graduate student at the University of Missouri. 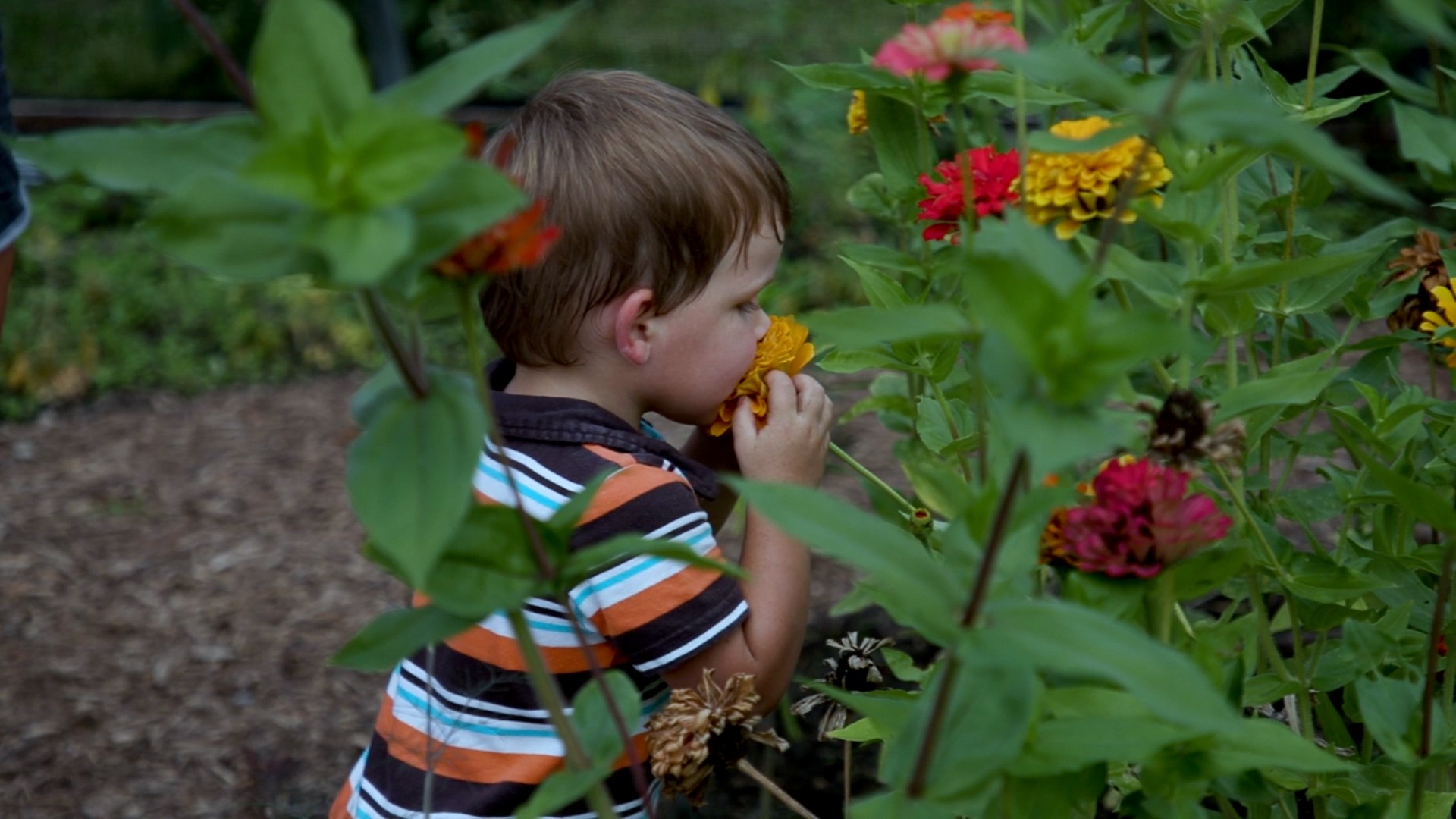