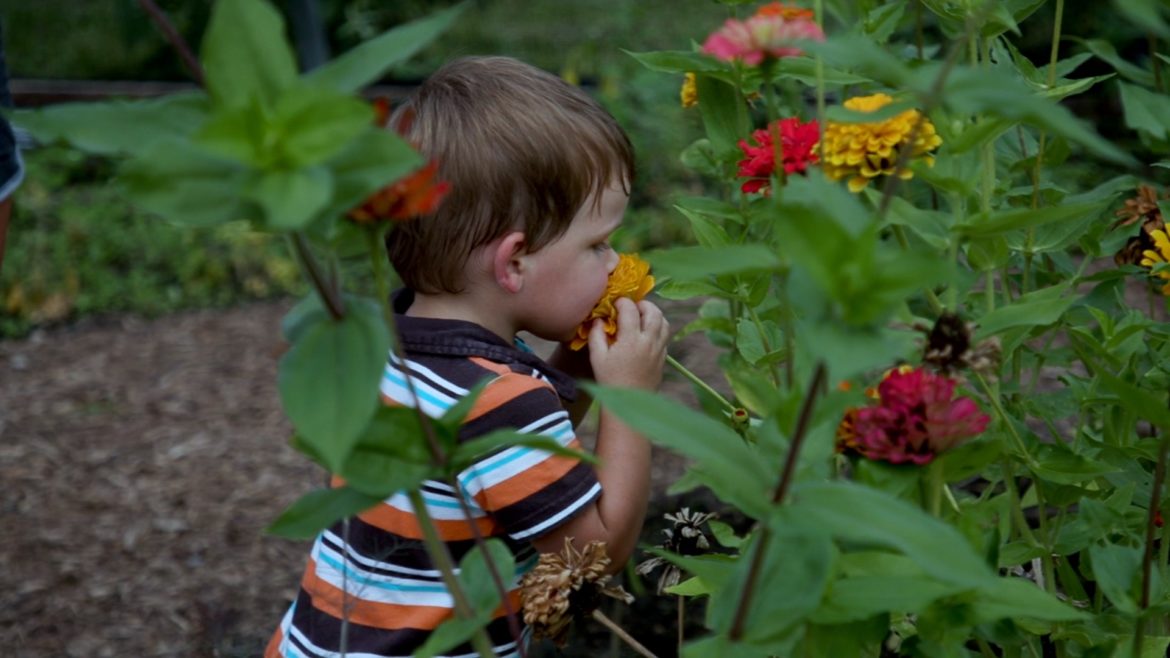 It’s Saturday morning. Time to lace up the grass-stained sneakers, fire up the lawnmower and destroy a prime food source and habitat of native pollinators.

According to the U.S. Department of the Interior, there are about 4,000 bee species native to the U.S. These native bees are the primary insect pollinators of agricultural plants across the county.

By some estimates, one in three bites of food are challenged by diminishing bee populations, which are threatened by increased pesticide use, destruction of habits and the broader effects of climate change. About half of all native bee species have become extinct over the past 120 years.

The plight of pollinators has inspired No Mow May, a grassroots movement started by Bee City USA, which encourages folks to let their lawns briefly go untamed in order to support the bees, butterflies and moths vital to pollination.

Bees and other pollinators are a crucial part of the food system. In early spring flowering, weeds – regularly decapitated by lawnmower blades – are some of their prime food sources.

“Especially in urban areas, bees oftentimes don’t have enough floral resources, so … It’s super important that we create those habitat islands and corridors within a city,” Rost said.

The Bee City USA movement started in 2020, when a group in Appleton, Wisconsin, rallied to change city weed ordinances for a month and allow public spaces to grow. As hundreds of Appleton residents embraced the program, a study by Lawrence University found a fivefold increase of bee counts in unmowed lawns.

Since then, the number of cities and individuals participating in the movement has grown. Bee City USA now boasts almost 300 city and campus affiliates, but Rost said No Mow May has grown beyond the organization’s scope. It’s become a true grassroots movement.

While Kansas City doesn’t have a local affiliate of the group, some residents are working to make their streets a pit stop for pollinators.

Jason Carron lives in Manheim Park, just east of Troost Avenue. His yard is a pollinator playground and he sports a hat every day that reads “kill your lawn.”

Every plant in Carron’s yard is a native plant. When things are in full bloom in the early summer, his yard comes to life with audible buzzing from the numerous critters that it draws.

“That’s how I judge what I like – the plants that attract the most,” he said.

Many of his plants are commonly found in prairies, meaning they’re built to withstand droughts. Even if they start to look limp, he never has to worry about them dying.

“It just depends on your definition of beauty,” he said.

“Every now and then I’ll get a code violation, but you can kind of work with them,” Carron said.

Kansas City recently came under fire when 80-year-old Dennis Moriarty was notified that his native wildflower yard was in violation of the city’s codes.

I am an 80yr old Army Veteran and environmentalist who planted 10 Native Wildflowers species on my front terrace and now KC CODES has photographed as weeds and I’ll be hauled to Court..these Are flowers planted specifically to support bees, Hummingbirds butterflies..im disgusted pic.twitter.com/ORfgJVR9h8

According to Kansas City’s Code of Ordinances, grass over 12 inches of height, thickets and vegetation all constitute a “nuisance.” The penalty for violating the code can be a fine of up to $500.

Rost with Bee City USA said No Mow May is a great way to start conversations about changing city codes. In response to the movement, cities across Michigan, Wisconsin and other states have relaxed lawn ordinances for the month of May, or altogether.

For folks who aren’t ready to embrace a fully untamed yard, or live in neighborhoods with strict rules, Rost suggests growing the grass out in certain areas, or mowing a buffer around the perimeter.

A No Mow May sign is also a good way to show onlookers that the yard hasn’t been abandoned.

Folks who want to take their yards one step closer to pollinator paradise should stop using pesticides and plant native, flowering species.

Native plants are important to a slew of critters that might find their way into a Kansas City area yard.

Amy Albright, owner of Vinland Valley Nursery in Baldwin City, Kansas, explained these plants can be larval hosts for butterflies and moths, food sources for bees and other animals in the food chain.

“Native plants have grown up in our environment alongside the insects (and animals) who are able to digest their leafy greens,” Albright said. “Exotic plants, they just can’t digest.”

Most nurseries now stock native plants. Albright said folks can usually rely on goldenrod, bee balms and milkweeds to put in a pollinator garden. Flowering trees and shrubs are also a good option.

Regardless of the plant or nature of the pollinator yard, Albright said it’s important to keep the space free of pesticides. They are often toxic to the pollinators.

Neonicotinoids, for example, are a common insecticide used on plants, but are toxic to bees. After learning that some nurseries sold pollinator plants treated with these pesticides, Albright started making “Pesticide Free Zone” signs. It has helped educate folks about the effects pesticides have on pollinators.

“The signs are just a way to spread that awareness,” Albright said. “ I also think it’s helpful to have things like that in a wild looking landscape, so that people know that it’s not an abandoned area.”

In the 24 years she’s been in the business, Albright has seen a huge increase in the number of people who want a pesticide free and pollinator friendly garden.

“Awareness about climate change, and all of the challenges that we’re facing environmentally … People are hearing it and responding in time,” Albright said.

Pesticides aren’t necessary in most cases anyway. Albright said insects should be a welcomed element in any garden.

“It’s important to keep in mind that your garden is successful if you see insect damage on your plants, and that’s a difficult thing, I think for a lot of people to get around,” Albright said.

According to Rost, 40% of pollinator species on earth are at risk of extinction because of pesticide use, loss of habitat and climate change. One way to help is to consider a different approach to how we maintain 40 million acres of lawns, which account for about 2% of the nation’s land mass.

Plight of the Pollinators

“If you start focusing more on native plants and not just a pristine, monoculture lawn you can really develop a lot of integrated habitat into your community, that’s providing floral resources and nesting resources for the huge diverse array of bees that live all over the U.S.,” Rost said.

No Mow May is meant to be a starting point, “not the destination,” Rost said.

“Really it’s a year-round thing … Hopefully, we can see change to weed and law ordinances throughout the year as well,” Rost said. “Going to more natural landscapes does a lot to help bees.” 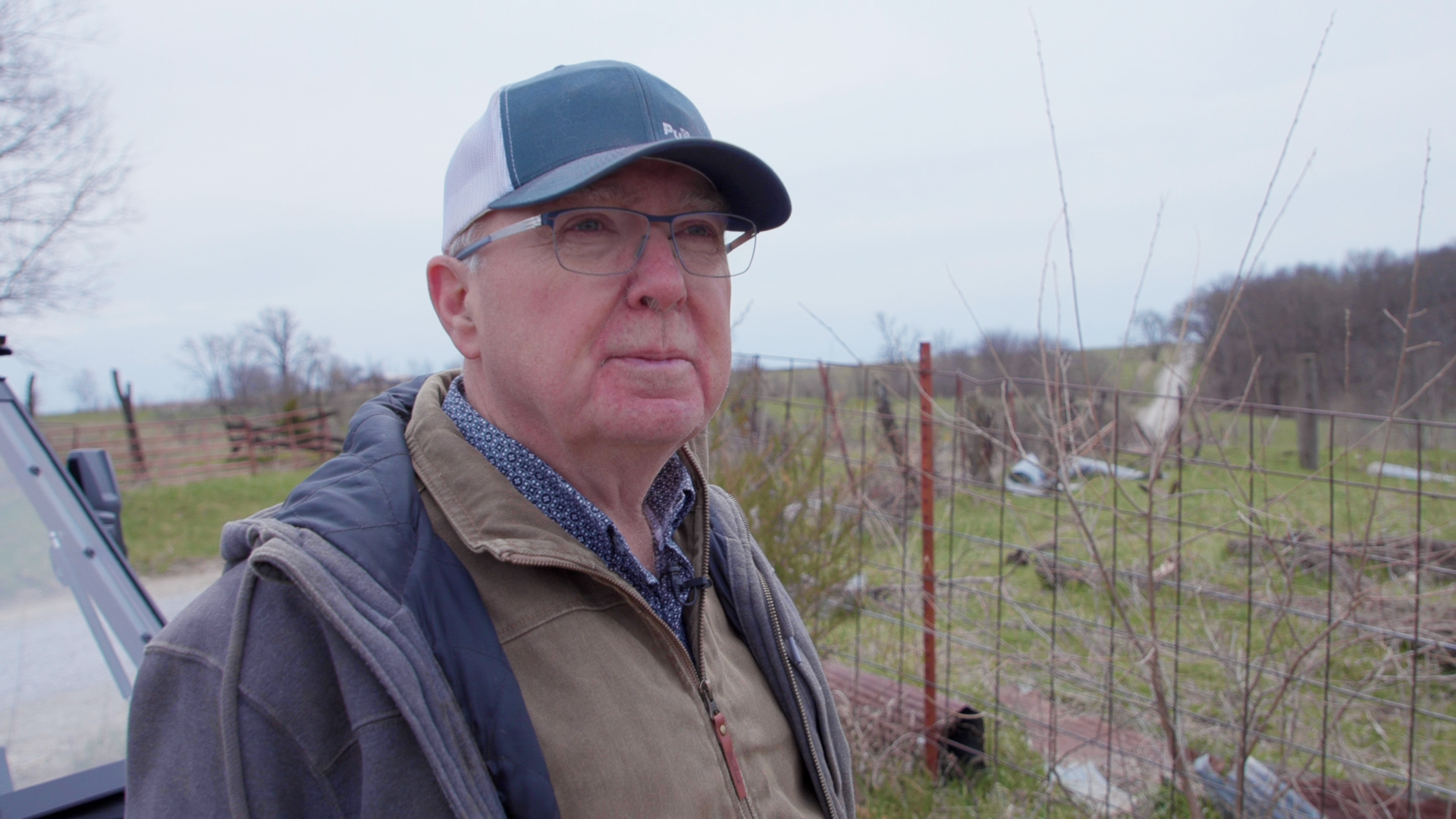 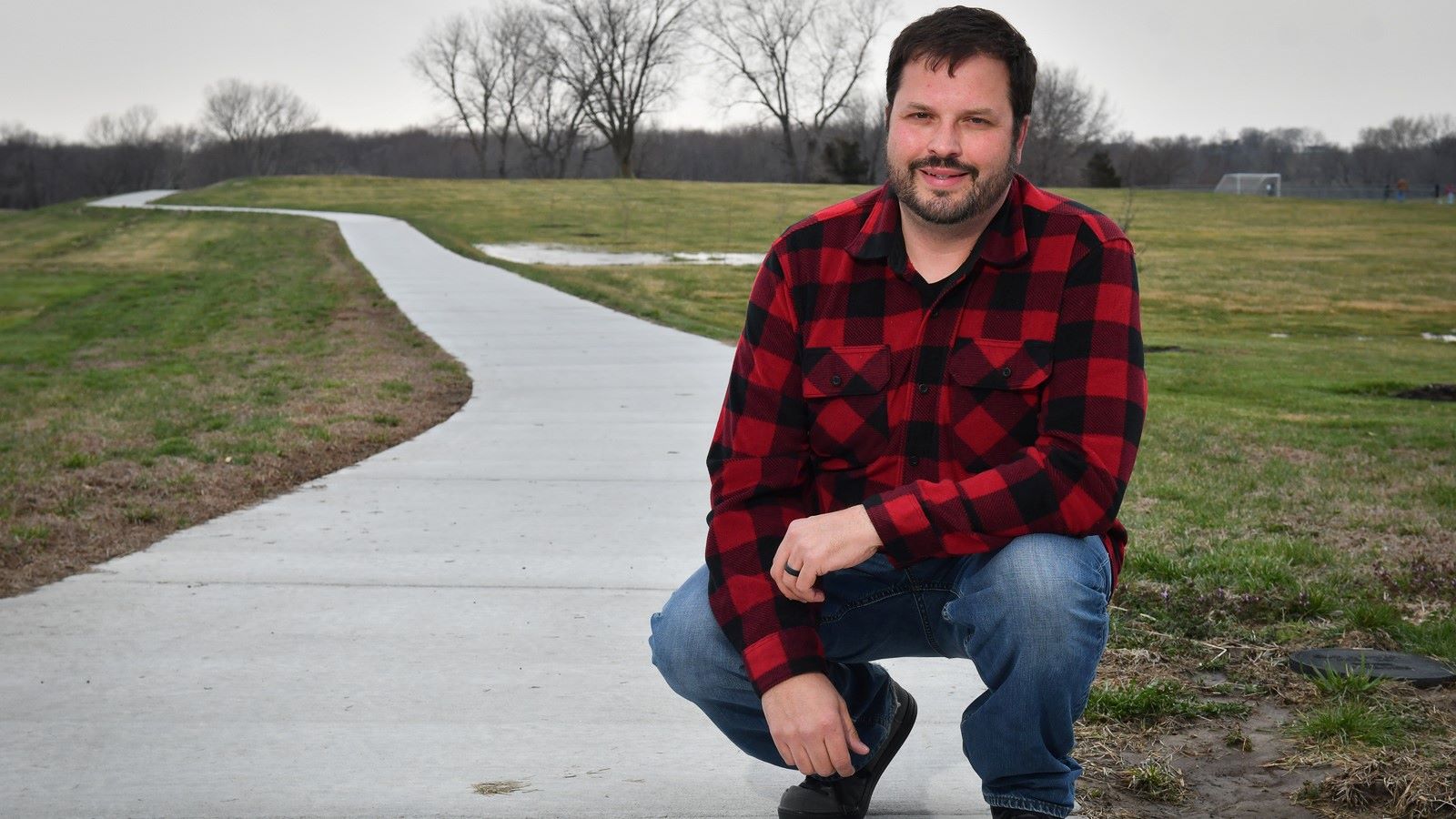 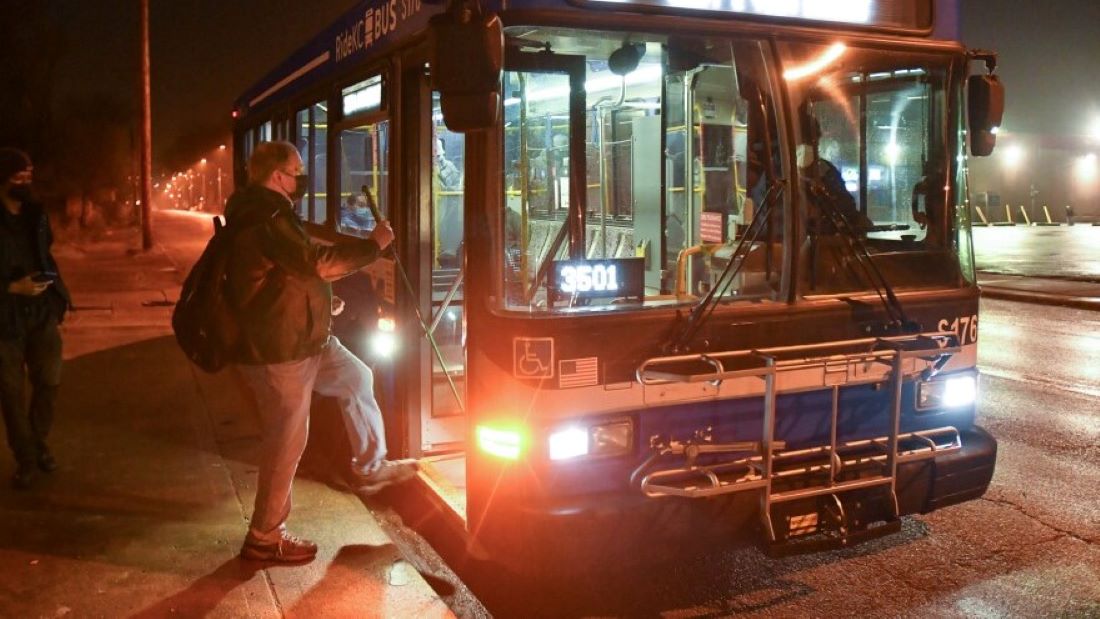 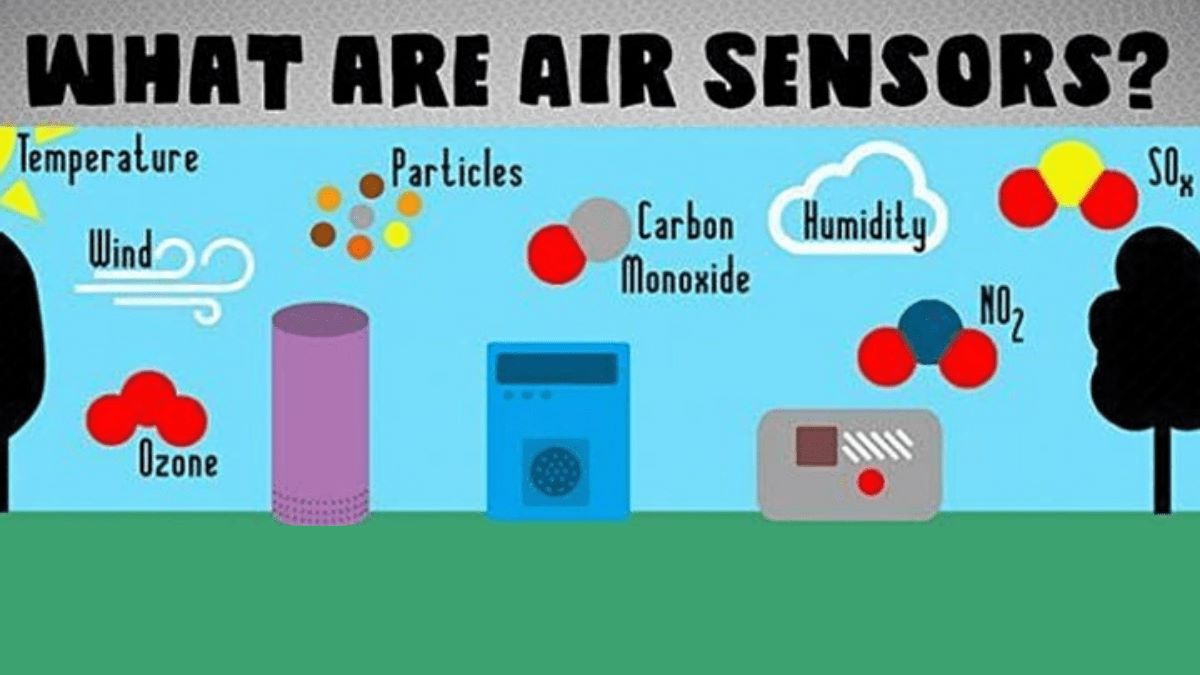 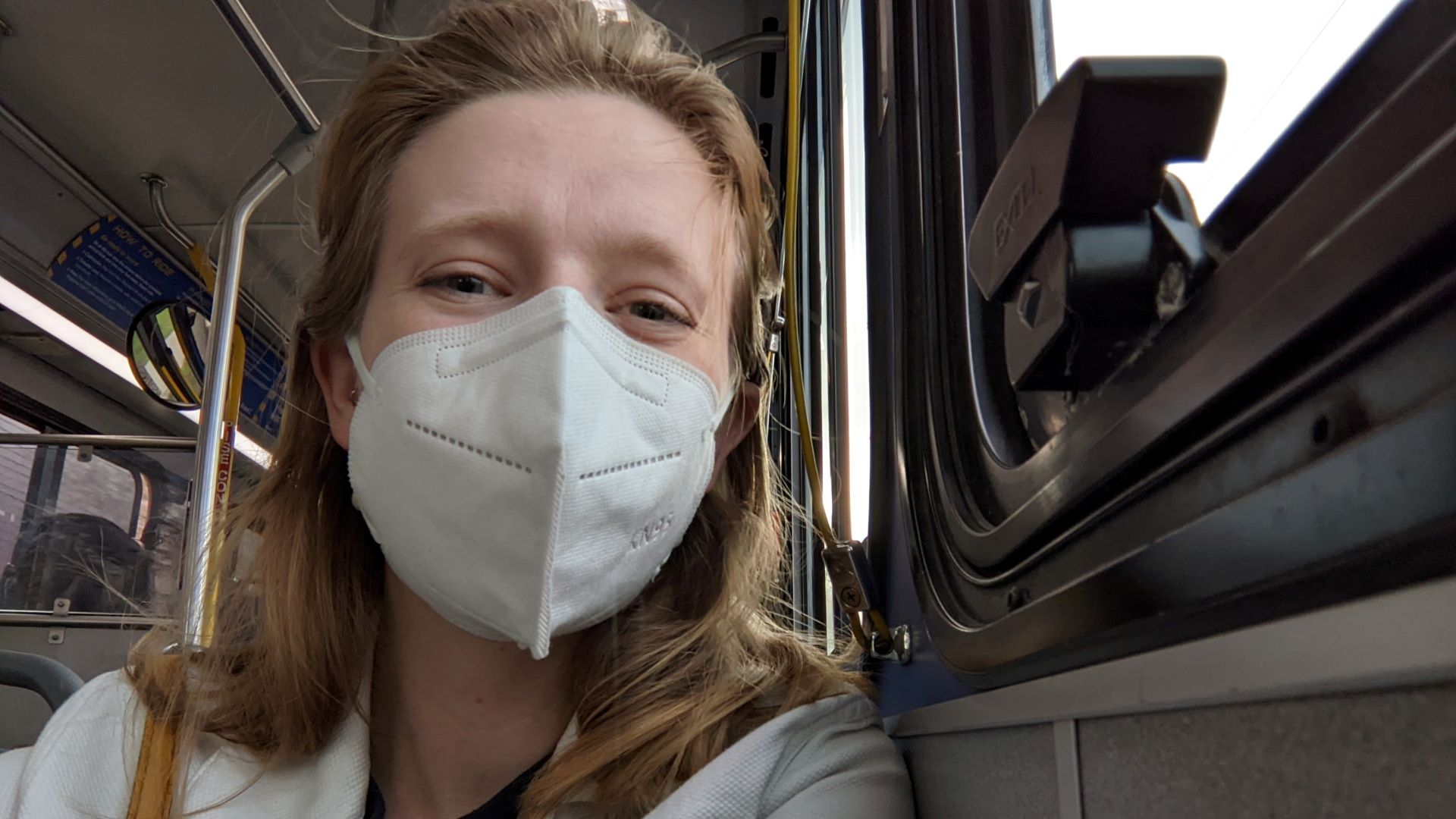 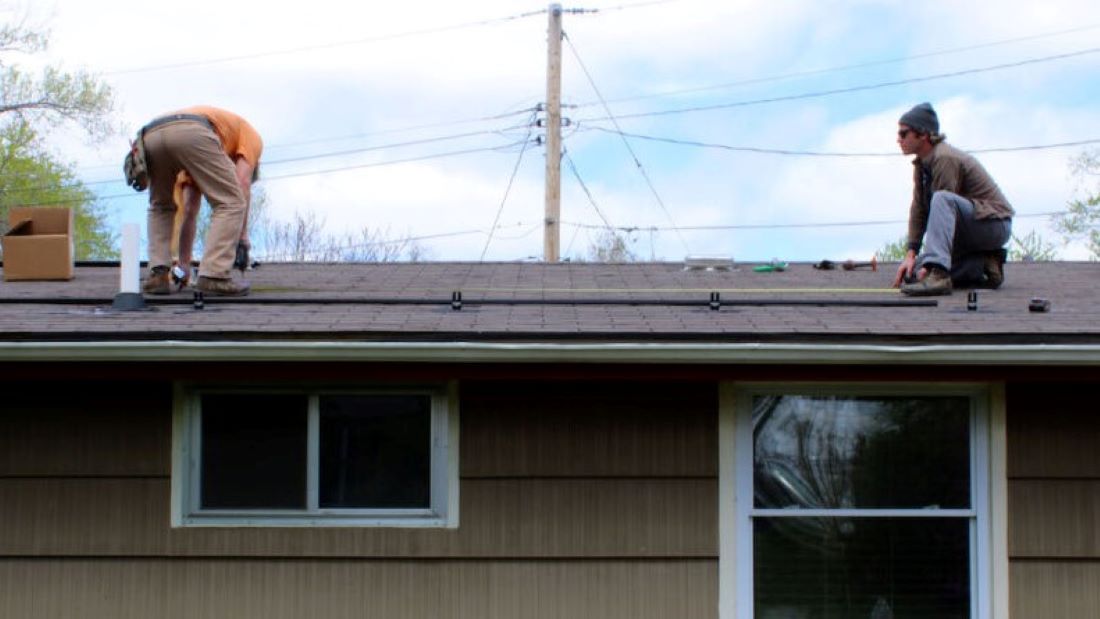