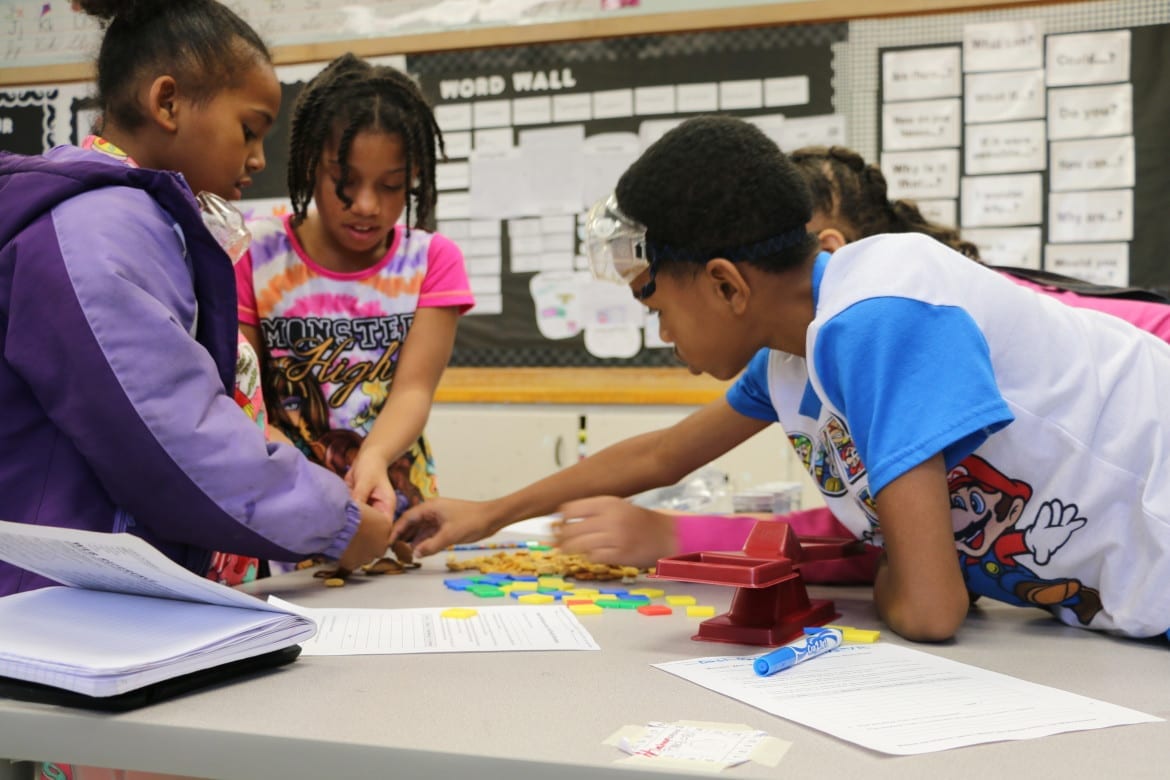 It’s never fun to get a poor report card, but it’s even worse when the bad marks are due to circumstances beyond your control.

That’s the way Superintendent Dennis Carpenter felt when the organization he leads, the Hickman Mills School District, fared badly on its most recent annual performance report from the Missouri Department of Elementary and Secondary Education (DESE).

The deck was stacked against Hickman, Carpenter argued, because of a system that “reeks and reeks of inequity.”

DESE released district report cards last month, and Hickman earned just 59.3 percent of the 140 points possible. That was a regression from the district’s 70.7 percent score from last year.

Test scores are a key indicator for Hickman as it strives to regain full accreditation from DESE.

Carpenter’s specific complaint centered on the science test administered to students in the fifth and eighth grades. DESE’s handling of the switch to a computer-based science assessment inherently disadvantaged his low-income district, Carpenter said.

Carpenter argued that, because Hickman students do not have the same access to technology as their more affluent counterparts, they were less prepared for the move away from paper-and-pencil exams.

He contended that DESE should’ve implemented a “hold harmless” provision for this year’s science test, just as it did for English and math. The department said districts could use last year’s scores on those two subjects if their students did worse this year, since the assessment measures had changed.

“It is asinine for the state of Missouri to believe that economically disadvantaged students will assimilate technology-based assessments at the same rate as their more advantaged peers.” — Hickman Mills School District Superintendent Dennis Carpenter

Carpenter contended the switch to a new testing platform was significant enough as well to warrant a hold harmless policy for science. The district calculated that it would’ve scored roughly the same on this year’s report card as it did last year had that safeguard been in place.

“It is asinine for the state of Missouri to believe that economically disadvantaged students will assimilate technology-based assessments at the same rate as their more advantaged peers,” he said.

Carpenter argued there is ample academic research to support his claim, along with guidance from U.S. Education Department’s Office of Civil Rights, which he said cautions against abrupt testing changes to guard against discrimination.

This was not an abrupt change, said Chris Neale, DESE’s assistant commissioner for the Office of Quality Schools. Districts have known for several years that the state planned to move to computer-based testing this year, he said.

Moreover, Neale said, the department analyzed science scores in districts similar to Hickman after it received Carpenter’s complaint.  The analysis was inconclusive.

“We found as many winners as losers,” Neale said of the examination of science test scores from last year to this year.

At any rate, Hickman is taking steps to better prepare its elementary school students for the jobs of tomorrow, which includes improving their computer proficiency.

The district this year started its Compass program at Burke Elementary, a project-based program drawing first- thru sixth-graders from throughout the district.

The focus is on the so-called STEM jobs involving science, technology, engineering, and math. But Hickman has adopted the broader definition favored by some by including arts in the mix – so Compass is considered a STEAM curriculum.

The argument is that pretty much any future job is going to require the technology and critical-thinking skills associated now with more technical fields.