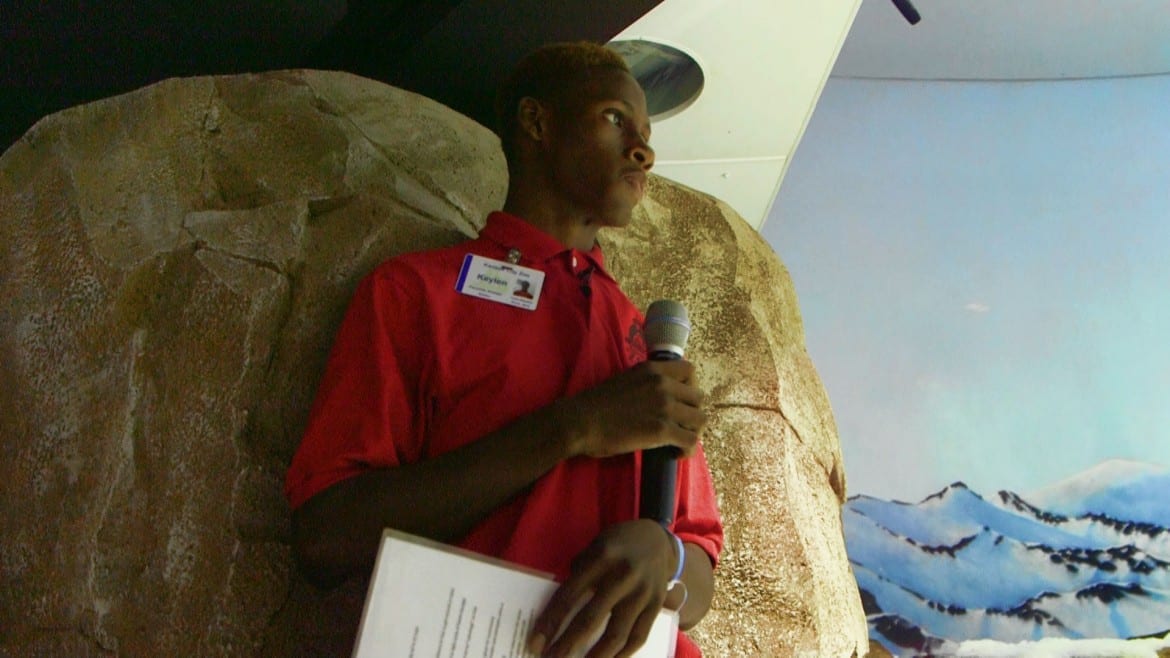 As part of the national American Graduate initiative, KCPT is highlighting several community leaders and educators who are making significant, scalable changes to prepare students for success in K–12 and beyond.These stories of local education champions will air on KCPT in the weeks leading up to American Graduate Day on Sept. 27, a live, multi-platform broadcast on public media stations across the country dedicated to the topic of the dropout crisis.

Keylen Madge spends a lot of his mornings talking about penguins.

As part of his summer internship at the Kansas City Zoo, 18-year-old Madge educates visitors about the habits of Humboldt penguins. But he says that while he has always been interested in animals, he didn’t know there was such a thing as zoology until just a few years ago.

Madge discovered zoology, as well as a variety environmental fields, through his participation in Green Works Kansas City, a nonprofit devoted to educating urban youth about issues of sustainability and placing them in internships related to the growing environmental and STEM-related jobs sector.

“Often our students have not had much experience at all with the environment,” said Kate Corwin, who founded Green Works seven years ago to address both the high unemployment rates and poverty among teenagers in Kansas City’s urban core as well as the need to involve all Kansas Citians in sustainability issues facing the city.

Green Works spends a minimum of two years working with each student on environmental service learning projects and exploring related career fields. The program culminates with students spending a summer at a paid internship with a local organization or business that matches their skills and interests.

“There’s actually data that shows that when high school students see a connection between their learning activities and their future in the workforce that they are less likely to drop out of high school,” said Corwin. “We want to introduce our students to real jobs and real career paths that also make a difference.”

Since 2007, Green Works has worked with 140 students, all of whom have graduated high school.

Madge graduated from high school last May and will start college courses at Penn Valley Community College this fall.

“Right now I am thinking about (studying) business, but then I am going to transfer to a four-year college and study zoology,” said Madge.