A gluten-free pantry, for those who really need it 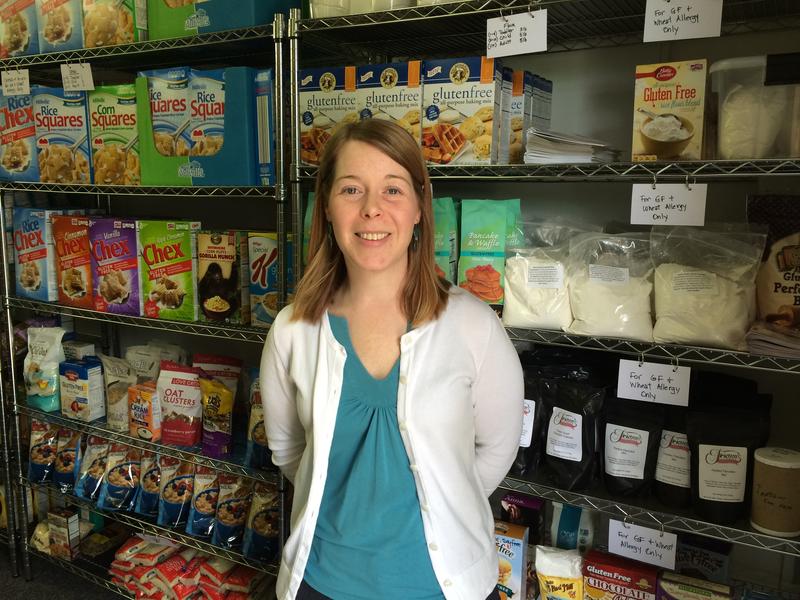 Whatever someone’s route to gluten-free living might be, they soon find out it’s a bigger change than just giving up baked goods.

The boxes and bags of gluten-free flour, pasta, pancake mix and other food that line the pantry’s shelves cost two to four times as much as their gluten-rich counterparts.

“That’s why people seek help, because they can’t afford these products,” Miller says.

The ReNewed pantry provides gluten-free and allergy-sensitive foods free of charge, but not to just anybody.

Pantry co-founder Amy Goode says the pantry won’t be offering its donated goods to the masses of fad dieters who have chosen to avoid gluten for weight loss or general wellness reasons that are not scientifically proven.

“We really want people to understand, this isn’t about being trendy. This isn’t about your child being a picky eater,” says Amy Goode, a pantry co-founder whose son has celiac disease, which results from an immune reaction to gluten.

Pantry-goers will have to provide a doctor’s note or test results showing they have celiac disease or other medically-recognized gluten sensitivity as well as proof of financial need.

For those with celiac disease, gluten triggers an autoimmune attack on the small intestine. In the 1 percent of the population with the disease, ingesting gluten can cause short-term digestive problems. In the long run, it may contribute to more serious health issues, including anemia, type 1 diabetes, and multiple sclerosis, among other issues.

Many doctors believe that a larger percentage of people may have a less severe sensitivity to gluten, which can also lead to digestive and other health problems.

The gluten-free diet trend, which has been promoted in recent years by celebrities and diet-book authors, has, to some extent, trivialized serious health issues. But it hasn’t been all bad for those with genuine gluten-related health issues, according to Miller, who recalls milling her own rice flour for her late husband, a celiac disease sufferer.

“I’m just amazed at the proliferation of product that has hit the market,” Miller says. “You walk into any grocery store and find a shelf’s probably dedicated to gluten-free products.”

Also catering to those with peanut, tree nut, soy and other food allergies, the pantry makes its home inside the New Haven Seventh Day Adventist Church at 8714 Antioch Road in Overland Park, where Miller is a congregant.

The Seventh-day Adventist Church, which originated in Battle Creek, Michigan, in the 1860s, promotes healthful foods, exercise and avoidance of alcohol, tobacco and drugs.

“Your body is God’s temple, and anything you can do to keep it operating, functioning well is a high priority,” says Miller about the church’s philosophy.