“American Graduate: Getting to Work” Talks to Communities Seeking Firefighters 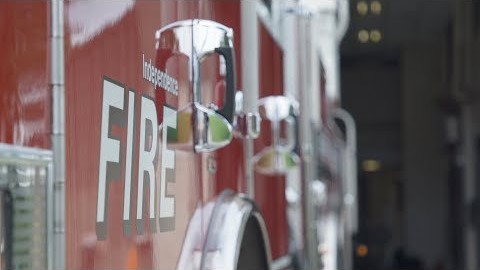 As part of the “American Graduate: Getting to Work” series, we spoke with firefighters about the rewards and challenges of public safety work. They noted that nearly two-thirds of all firefighters in the United States are volunteers, and that percentage skews even higher in smaller, more rural communities.

“The volunteer part of that is becoming even more difficult to fill than even the career side,” notes Independence Fire Chief Douglas Short. “The folks that volunteer, they are doing that outside of their normal career.”

Learn more in the attached video.

“American Graduate: Getting to Work” is a two-year a public media initiative made possible by the Corporation for Public Broadcasting. As part of its participation in the project, Kansas City PBS is highlighting some highly regarded workforce development programs in our region. Follow #AmGradKCPT on Facebook and Twitter for local American Graduate content and #AmGrad to see content from across the United States.