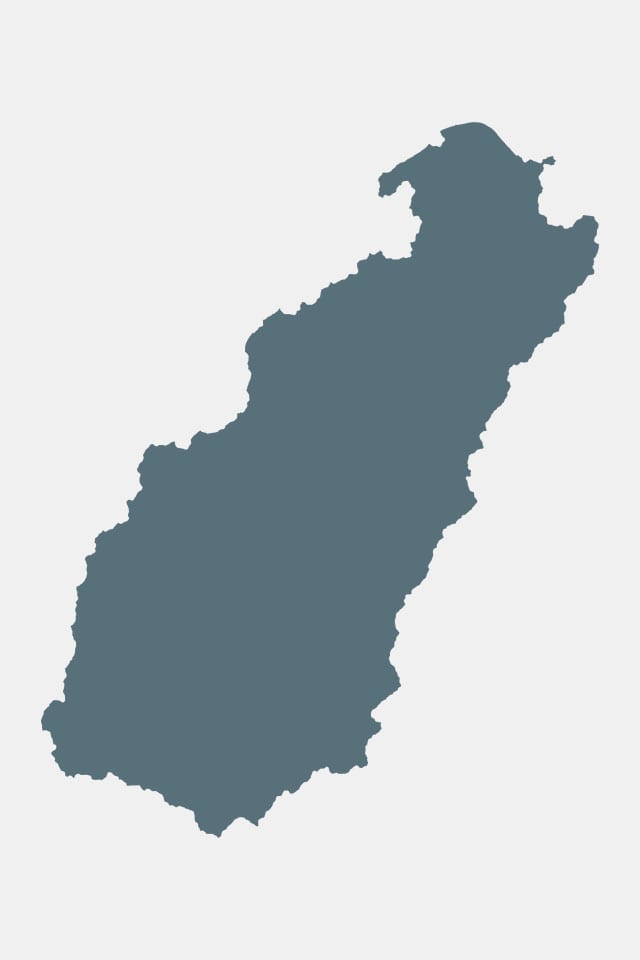 Kansas City is served by multiple watersheds, the Blue River being the largest.
(184,998 Acres) 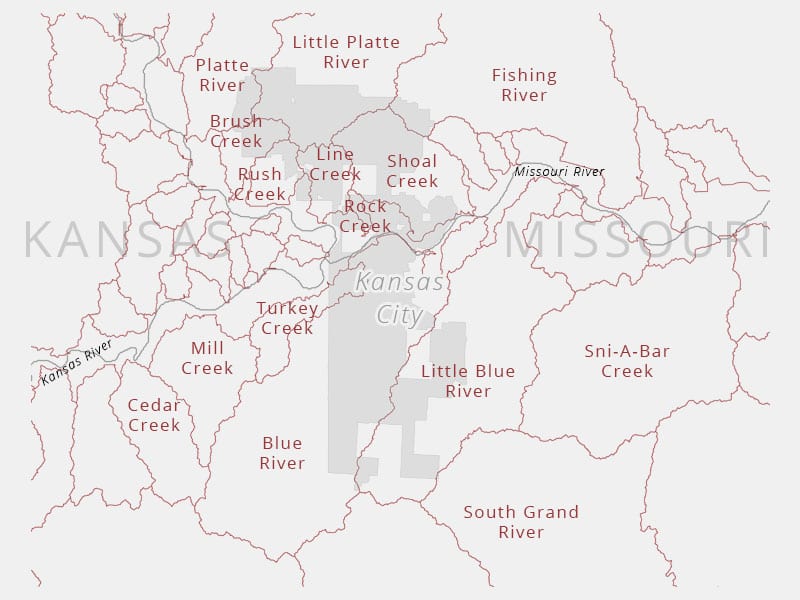 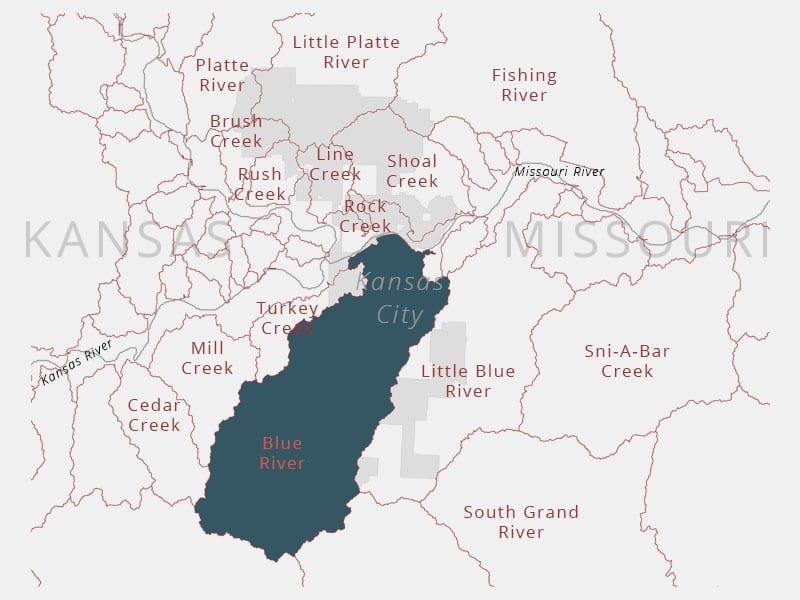 The watershed runs through four counties before it reaches the Missouri River. 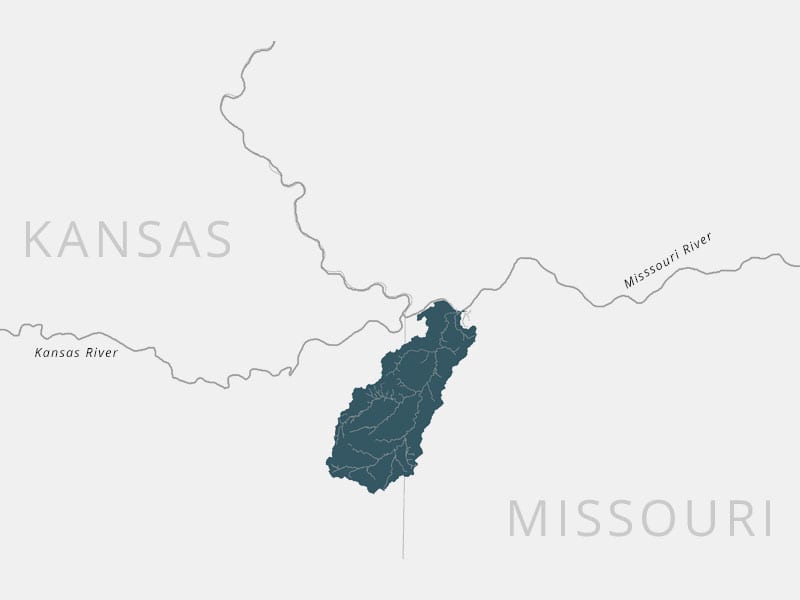 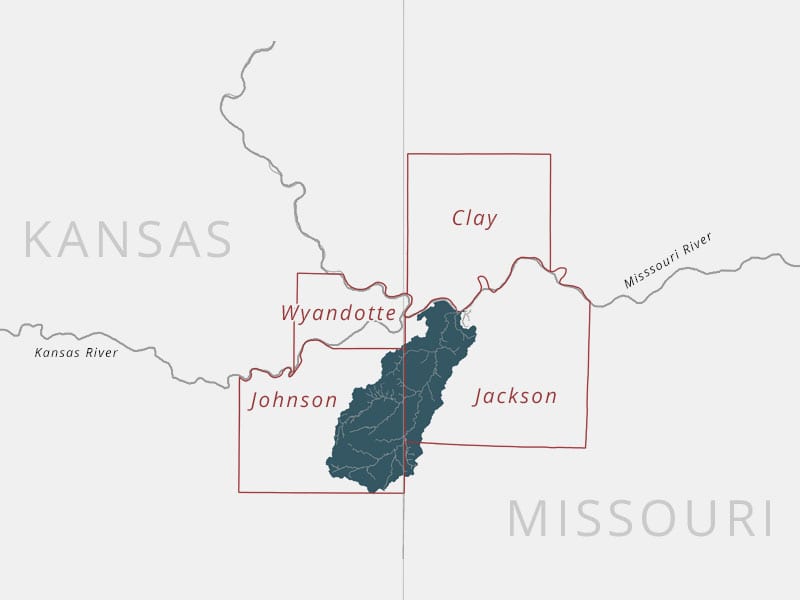 54 percent of the watershed is in Kansas

46 percent is in Missouri 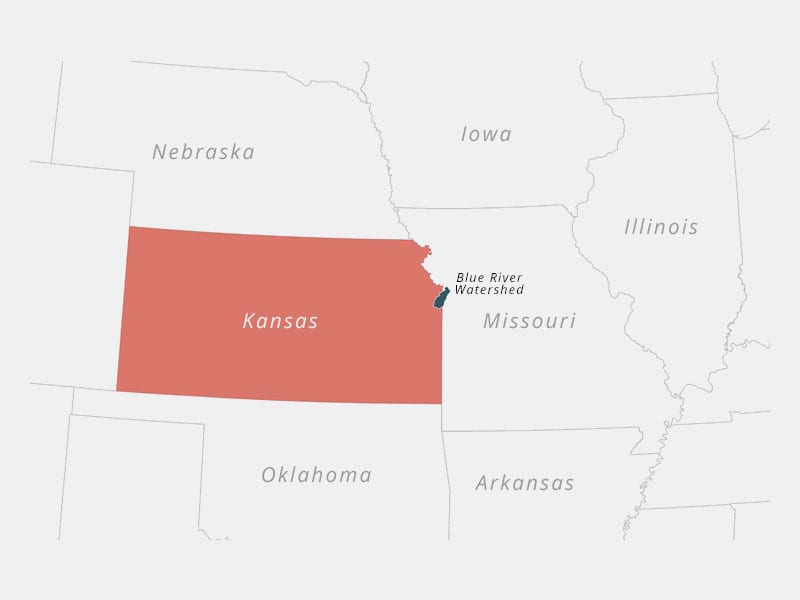 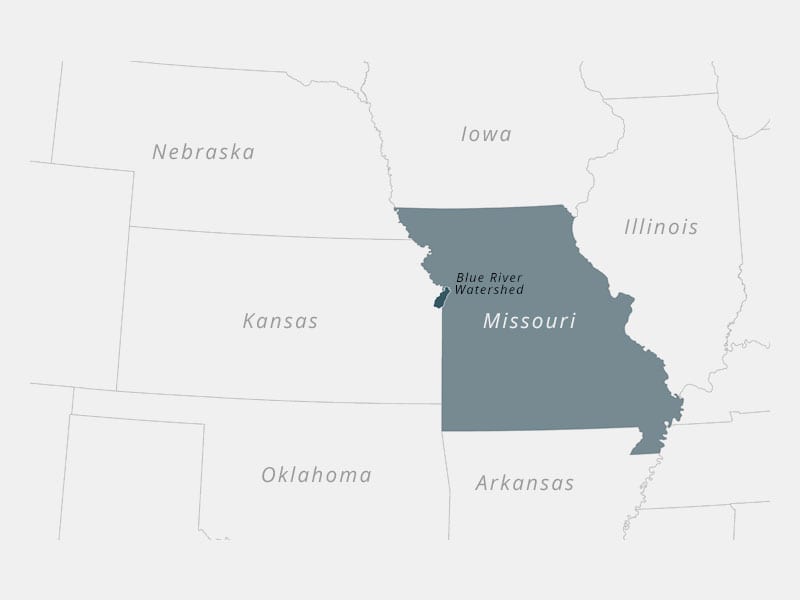 Approximately 63 percent of the total Blue River Basin can be characterized as urban and 25 percent impervious (USACE 1974). As urban areas along the watershed expand, development threatens to further impair the rivers. 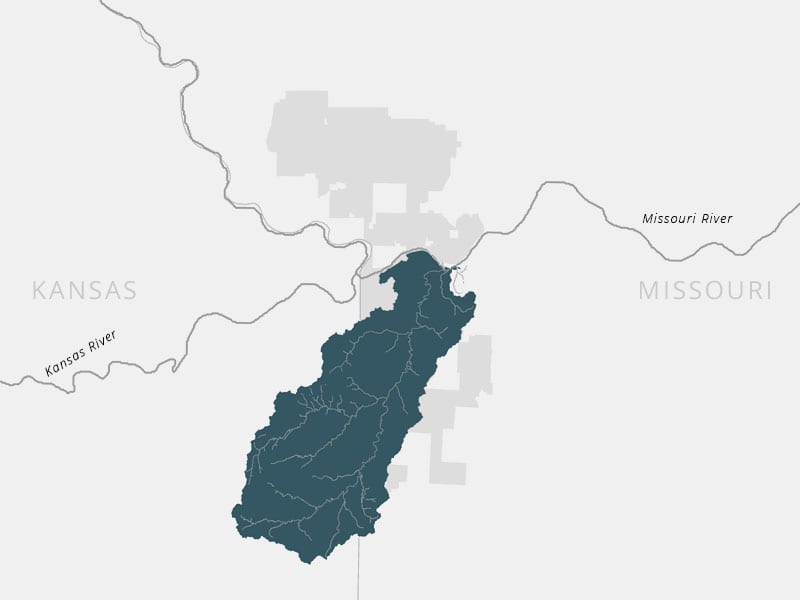 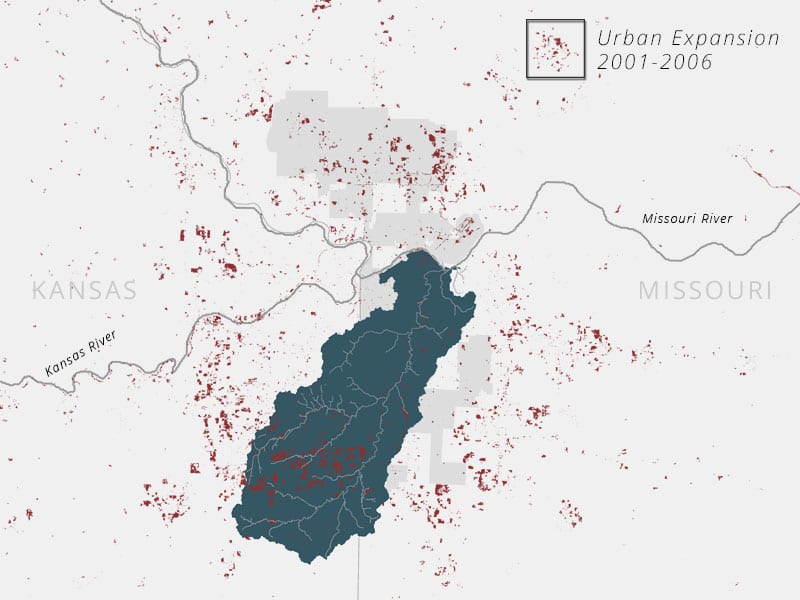 Kansas City leaders say it will take $4.5 billion to replace 2,800 miles of sewer systems throughout the city. Most of the cost is from the city’s combined sewer system. In 2010, the city committed to improvements to the sewer system that are expected to take 25 years to complete. This was after a series of regulation issues from 2002 to 2010.

Kansas City is one of nearly 750 municipalities in the United States with a combined sewer system. These systems are built to collect rainwater, runoff, domestic sewage and industrial wastewater, all of which are passed through the same pipes. In normal conditions, the barriers built within the pipes prevent discharge into rivers, but in heavy rain or snowmelt, the sewage flows into the river rather than the wastewater treatment plant.

Of the 420 square miles covered by the system, 58 square miles — mostly within the city’s urban core — are currently served by combined sewers. 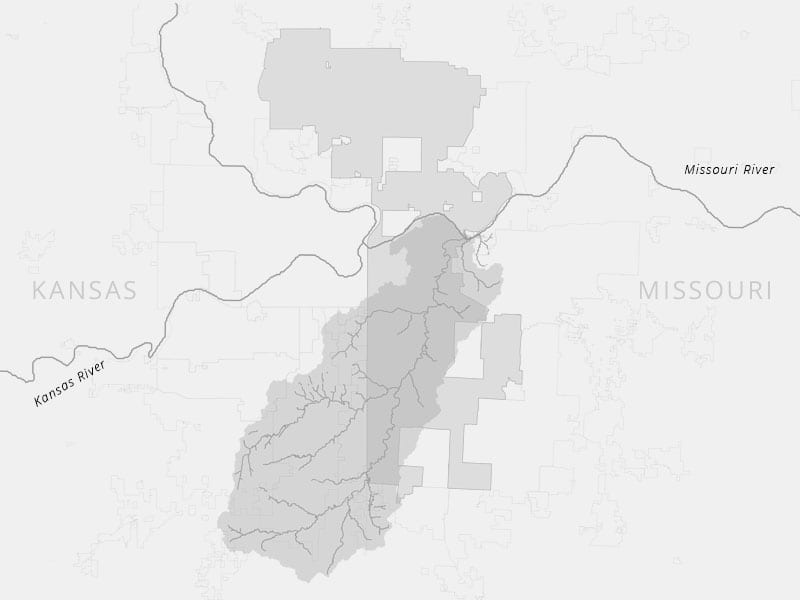 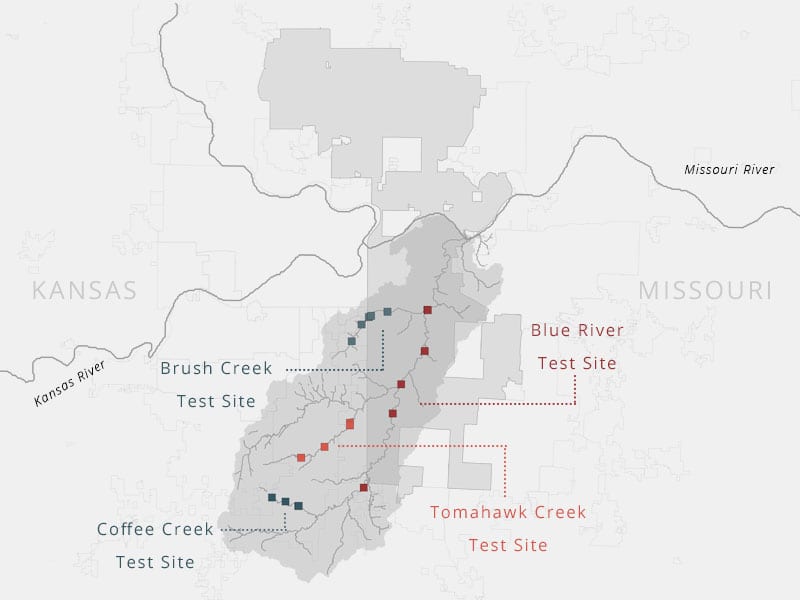 What’s In The Water?

E.coli levels between May and September of 2010. During the rainy season from late spring to early fall combined sewers overflow, leading to more waste entering the the rivers.
Source: kcwaters.org

The city has been vigilant in keeping clean water in your home. It’s the water that exits your home, in the form of sewage and runoff, together with runoff from streets and agricultural pesticides, all making their way to the Missouri River, that contribute to water quality issues within the watershed.

In 2004 the U.S. Geological Survey reported on E. coli that found its way into the river: 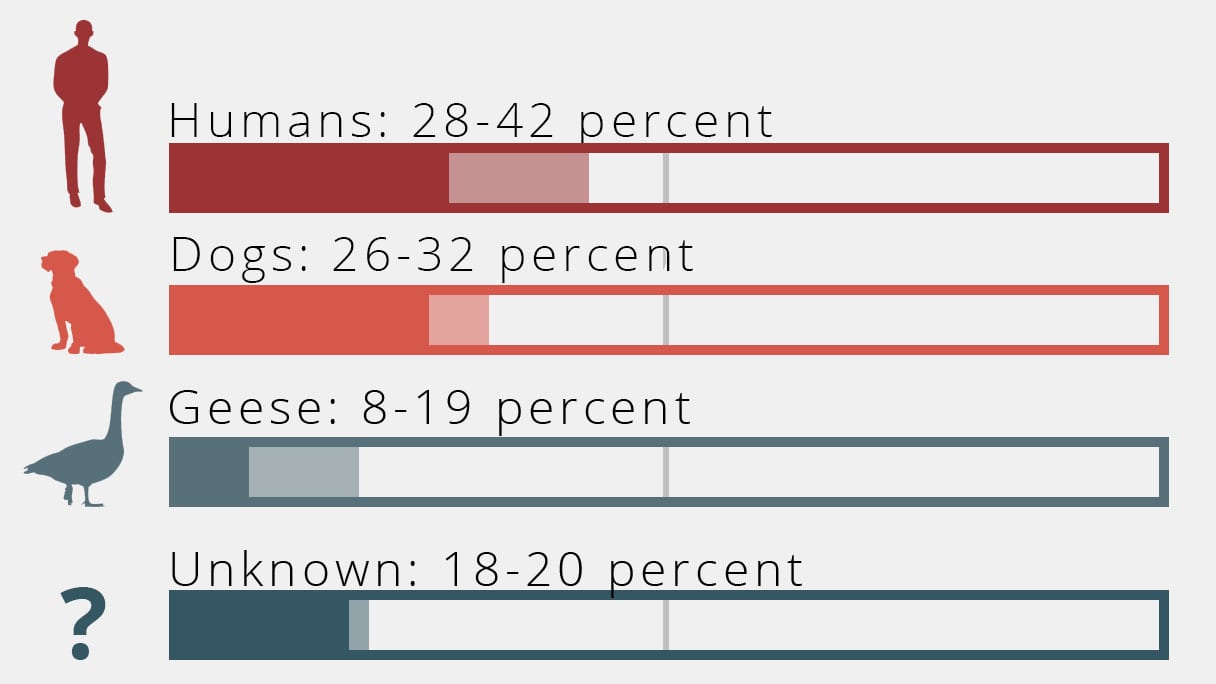 Development along rivers has also led to an increase in surface runoff into streams. Much of the development has occurred further upstream as the cities in Johnson County have seen major growth over the past five years.

What does this mean for regulating the contaminants that ultimately find their way to the Missouri River? Not much. Though many states manage responsibility for their water supply across multiple counties, the same has not been established for water sources that cross multiple states. 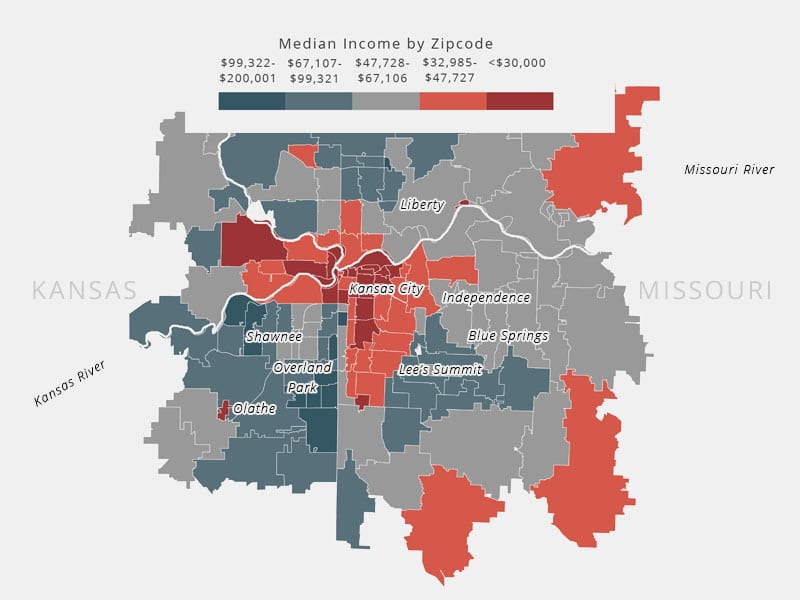 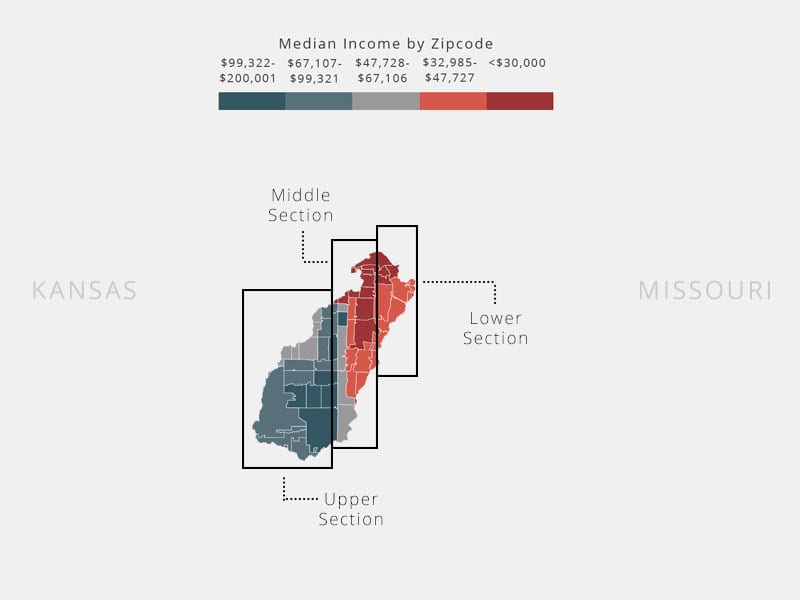 The Upper Blue River Watershed lies primarily in Johnson County. Currently, farms and agriculture dominate the watershed. The average household income in this area is roughly $44,000.

Stream assessments indicate that water quality is somewhat better in the Kansas streams, upstream of the wastewater treatment plants.

The middle Blue River — south of Brush Creek to 95th Street — remains channelized until East 63rd Street within this 12,300-acre portion of the watershed. This area has a population of approximately 32,500 people, and there is a large industrial park along its western bank, south of 63rd Street. Large tracts of residential development lie to the west and adjacent to the river to the east. South of here, the Blue River travels through Swope Park, Kansas City’s largest urban parkland. To the south of Swope Park, the area along the Blue River again becomes primarily industrialized along the river with residential areas radiating beyond. Average income in the area ranges from $32,985 to $47,727.

Further upstream, industrial development continues to follow the river, giving way to commercial and residential development, as well as large areas of open space. Approximately 30 percent of this area is impervious. In this lower part of the watershed, there are approximately 28,000 people, according to 2005 data.
(Combined SSS and CSS area data averages from the Kansas City, Missouri, Water Services Department Overflow Control Plan, January 30, 2009.) This area sees some of the lowest median income, less than $32,984.

As the water quality decreases downstream, so does income. 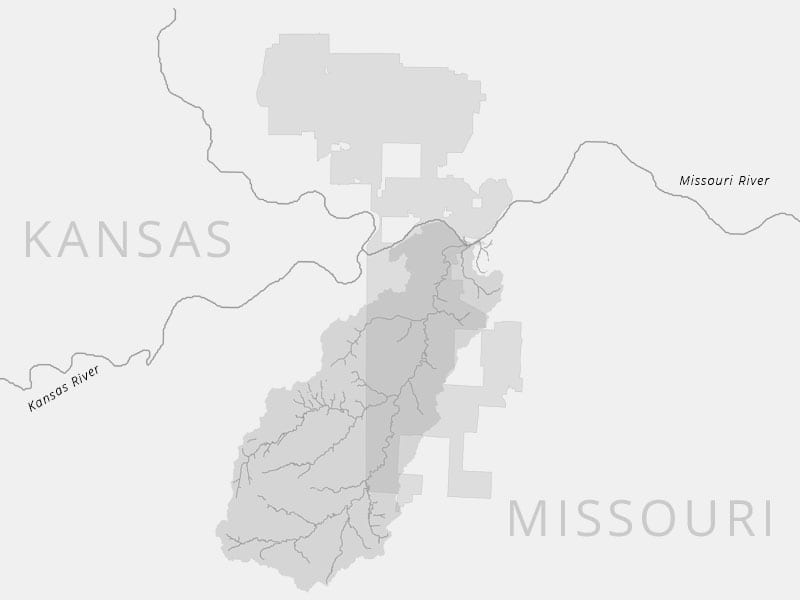 — For more from our series, Public Works? The Cost of our Aging Infrastructure, go to flatlandkc.org/public-works, and follow at #KCPublicWorks.