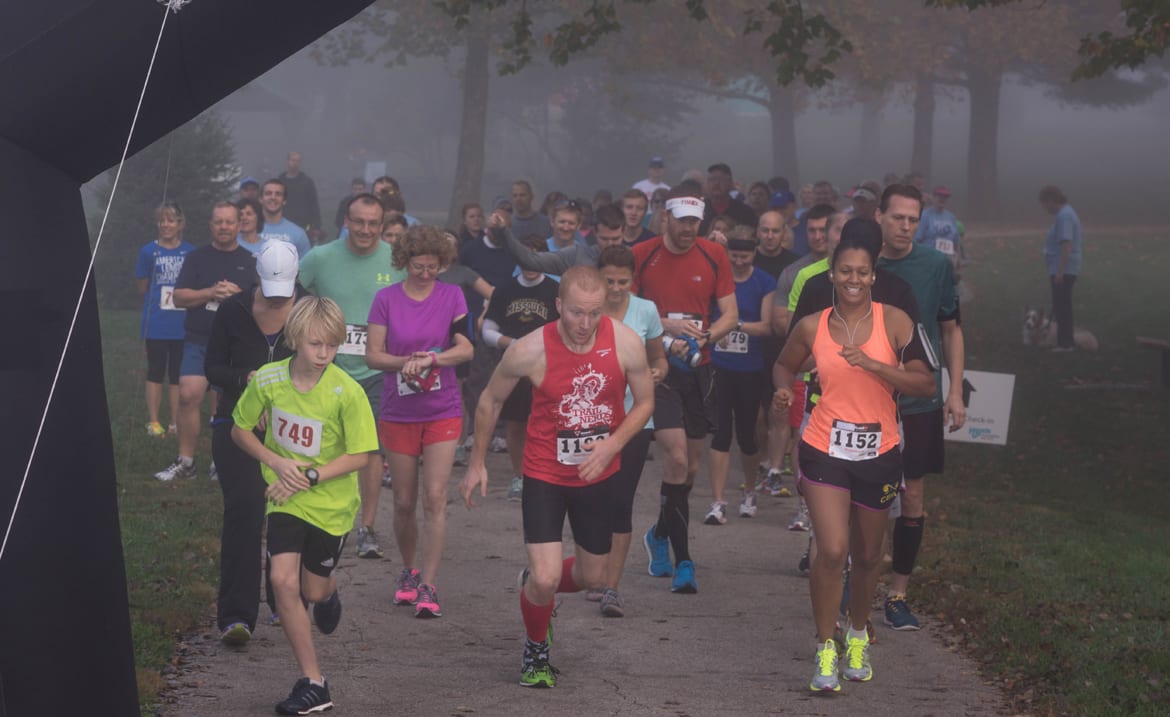 Runners and walkers headed out at the start of the second annual HeadsUp 10K/5K Trail Run & Walk that took place Oct. 25 at Shawnee Mission Park. (submitted photo)
Share this story

An Overland Park, Kan., nonprofit raised $12,000 over the weekend to fund research into post-concussion syndrome among young athletes, according to the former Blue Valley High School basketball player who founded the nonprofit.

Bliss established the foundation after suffering two concussions in the span of eight weeks while playing high school basketball three years ago.

Now a freshman at the University of Kansas, Bliss still suffers from the aftereffects of the concussions: chronic headaches, dizziness, concentration lapses and visual impairment.

Bliss said the foundation expects to distribute grant funds from the run proceeds.

Organizers will start planning for next year’s run/walk soon, she said, and they will be looking for some new wrinkles to keep people coming back.

With one year under their belt, Bliss said race workers had a much smoother operation this year.

This year’s weather was much better than the cold and the wind that greeted the inaugural event.

“It’s hard to have fun when you are freezing,” Bliss said.