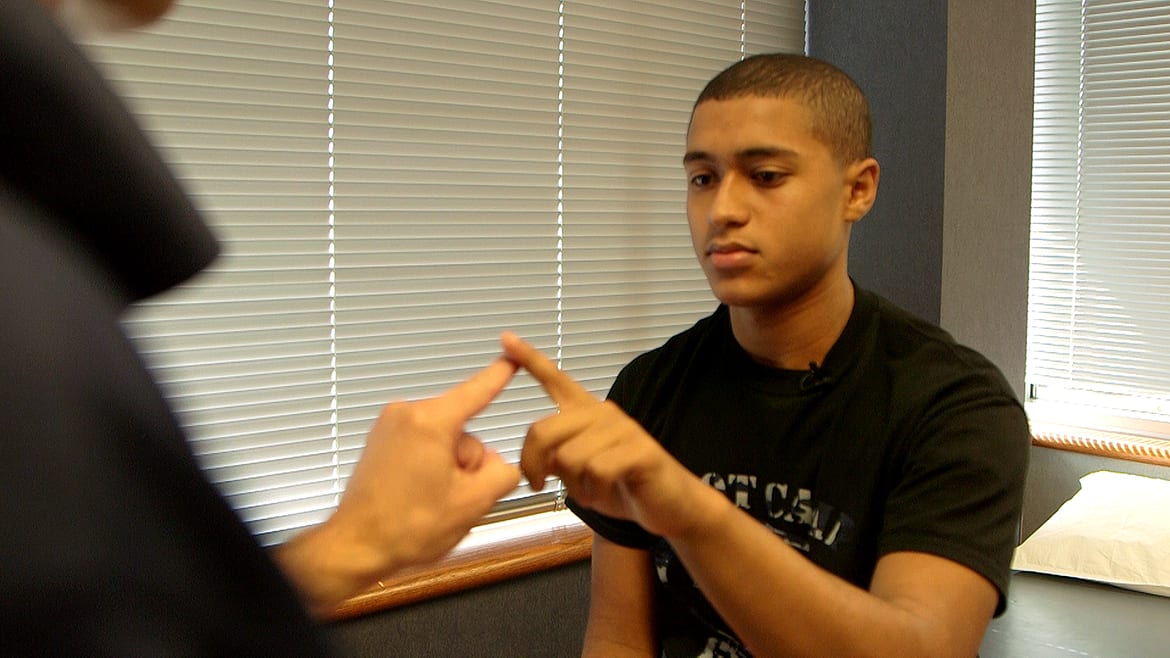 “I think parents should be concerned,” said Dr. Randy Goldstein, the director of Youth Sports Medicine at The University of Kansas Hospital. “We are learning just in the last couple of years that NFL superstars are having trouble with what we now believe are recurrent impacts over the course of a lifetime, including youth, high school, college and now the pros.”

Goldstein says he sees between three to six patients with concussions each day. Since 2011, laws in many states, including Kansas and Missouri, now require that a doctor sign off on an athlete returning to play if a concussion is even suspected.

Unlike a broken bone, there is no way to see a concussion. So, doctors like Goldstein use a variety of methods for diagnosis including evaluating symptoms, checking balance, a physical exam, and the ImPACT test, which is taken on a computer.

The ImPACT test, which stands for Immediate Post-Concussion Assessment and Cognitive Testing, takes about 25 minutes and is used to assess things like response time and memory.

“The best way to use the ImPACT test is to do one before the season starts, so then we have something to base it on and then if there is an injury we can compare it,” Goldstein said. “And if those scores have changed it gives us a good idea of when the brain gets back to normal with reaction time and memory. It’s one tool that should be used in consideration with the other things.”

The ImPACT test was created in the late ‘90s for the NFL to help determine when it would be safe for players to return to play after a concussion. Returning to a game too soon can result in second-impact syndrome, which is a brain swelling that often results in death and is more common in youth.

Although the ImPACT test has become the standard in post-concussion assessment, some doubt its effectiveness. Several articles, including one from ESPN.com, question the science behind the test and its potential profits.

There are other ways to potentially test for concussions.

In Overland Park, Kan., former Kansas City Chiefs player Will Shields is using a Dynavision D2 at his training facility 68’s Inside Sports. This machine, which is a giant black board with buttons that light up, is used not only to train athletes, but also to screen for concussions.

Shields says that about 40 are in use across the country to diagnosis concussions, but thousands more are in hospitals, where they are used to rehabilitate the brains of stroke victims.

Shields and Travis Worley, a trainer at 68’s Inside Sports, recommends that athletes get a baseline score before the season begins.

“Baseline testing should be 100% required for every sport. Period,” said Worley, who is also an authorized Dynavision trainer. “That way you at least have an insurance policy.”

Adding to the complicated nature of protecting young athletes is the fact that every brain is different.

“It might take one child a week or two to recover from a head trauma, it might take another child six months,” Worley said. “You just don’t know and the fear of not knowing is everything. The last thing any parent wants to do is have their child affected for life. The sad part is that can happen.”

As a recent documentary by FRONTLINE discusses, research also indicates that it’s not only the major hits that are worrisome, but also the repetitive, smaller hits, that play into damage being done.

“In the old days you get a ding and we didn’t think that that was important, but maybe that was important and it’s affecting people’s lives down the road,” Goldstein said. “So when a coach or a father or mother says, ‘oh I had concussions and I’m okay’, maybe they survived, but they would be more okay if they hadn’t had recurrent head injuries and we had treated them more carefully.”