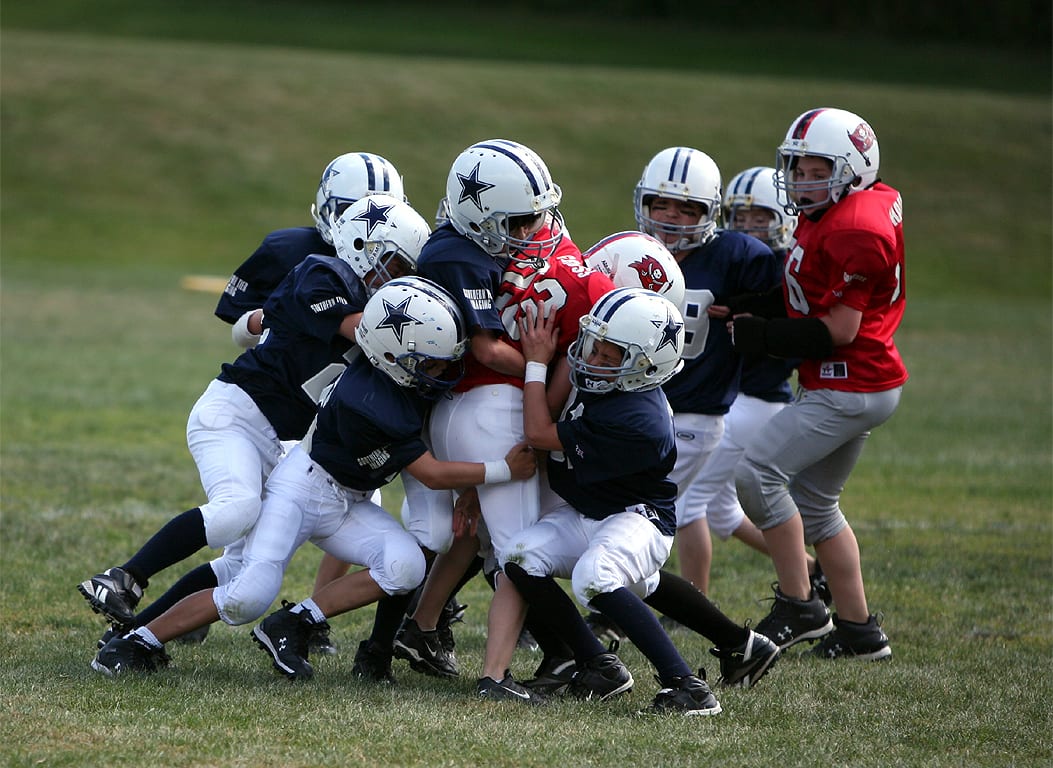 This week, the PBS investigative series Frontline took you inside the closed world of the NFL in a two-hour expose, League of Denial: The NFL’s Concussion Crisis.

“What did the NFL know, and when did they know it?” asks Mark Fainaru-Wada, whose new book on the correlation between football and brain trauma is the basis for the documentary.  “It’s really powerful to see the depths to which some of the greatest football players have been suffering.”

Although the NFL admitted no guilt when it agreed in August to pay more than $765 million to settle concussion-related suits by about 4,500 former players, the issue is not going away for American pro sports’ preeminent league.

There is also evidence that high school players are at risk as well — special risk, given that the young, lighter brain moves more easily in the skull.  Neurologist Dr. Robert Cantu suggests  in the two-hour Frontline special,.  “No one under 14 should play tackle football.”

This week, on KCPT we follow up on the Frontline series by examining how concussions are impacting middle and high school footballers  in Kansas City.

“We have to stop looking at youth sports and thinking these kids are just miniature professionals, because they are not. They’re just kids.”

Doug Abrams, is a professor of law at the University of Missouri and an expert on concussions in youth sports. He thinks its only a matter of time before concussion based lawsuits are filed at the high school level, “it’s a ticking-time bomb,” he says.

Abrams appears in an-depth report Friday on KCPT’s Kansas City Week in Review program that localizes the Frontline investigation. KCPT has formed a unique reporting partnership with KCTV5 to tackle the issue.

Stacey Cameron at the Kansas City CBS affiliate has done the the metro’s most extensive reporting on the concussion issue and was freed from his daily responsibilities to work with KCPT to conduct original reporting around the Frontline series.

On Kansas City Week in Review Friday  hear from bereaved parents who’ve lost their children to football injuries and examine whether regulations governing school sports in Kansas and Missouri do enough to protect young athletes.