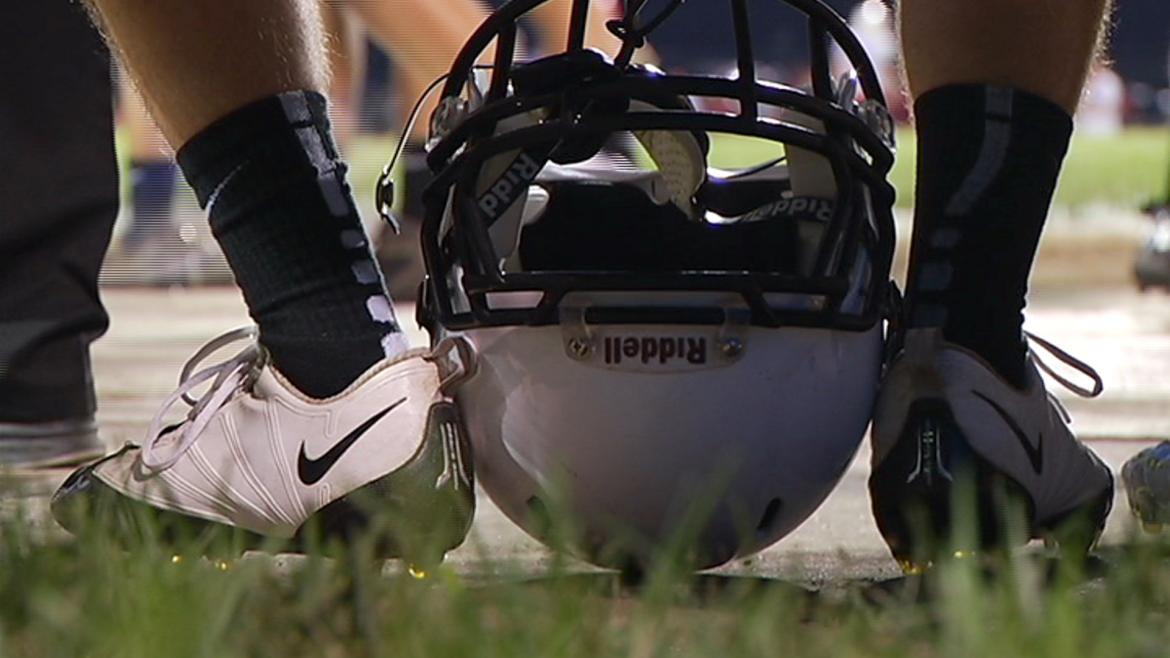 This provocative quote comes from this week’s PBS Frontline expose League of Denial: The NFL’s Concussion Crisis. Would you let your children play football?

Connie and Ron Stile’s of Spring Hill, KS didn’t give it a second thought.

But on October 28th, 2010, their son Nathan, a six foot, 175 pound senior and the high school football captain had just scored two touchdowns and ran 165 yards.

But after a routine play just before halftime Nathan slowly left the field.

Connie knew something wasn’t quite right.

“I told Ron. Something’s wrong. He’s walking funny. And then we immediately get a call from another football player that said ‘Get over here, something is wrong with Nathan.”

Holding his helmet and screaming his head hurt, Nathan, 17 collapsed on the sideline.

He was never to recover.

In August the NFL paid more than $765 million to settle concussion related suits by about 4,500 former players.

“The NFL has given everybody 765-million reasons why you don’t want to play football.” Harry Carson, Hall of Fame NY Giants linebacker tells the PBS Frontline program.

This week, on KCPT we follow up on the Frontline series by examining how concussions are impacting middle and high school football players  in Kansas City.

“We have to stop looking at youth sports and thinking these kids are just miniature professionals, because they are not. They’re just kids.”

Doug Abrams, is a professor of law at the University of Missouri and an expert on concussions in youth sports. He thinks its only a matter of time before concussion based lawsuits are filed at the high school level, “it’s a ticking-time bomb,” he says.

Abrams appears in an-depth report Friday at 7:30 pm on KCPT’s Kansas City Week in Review program that localizes the Frontline investigation. KCPT has formed a unique reporting partnership with KCTV5 to tackle the issue.

Stacey Cameron at the Kansas City CBS affiliate has done some of the the metro’s most extensive reporting on the concussion issue and was freed from his daily responsibilities to work with KCPT along with KCTV5 videographer Courtney Hulsey to conduct original reporting around the Frontline series.

We hear from bereaved parents who’ve lost their children to football injuries and examine whether regulations governing school sports in Kansas and Missouri do enough to protect young athletes.