Little has changed at Elohim City, including the beliefs of the residents 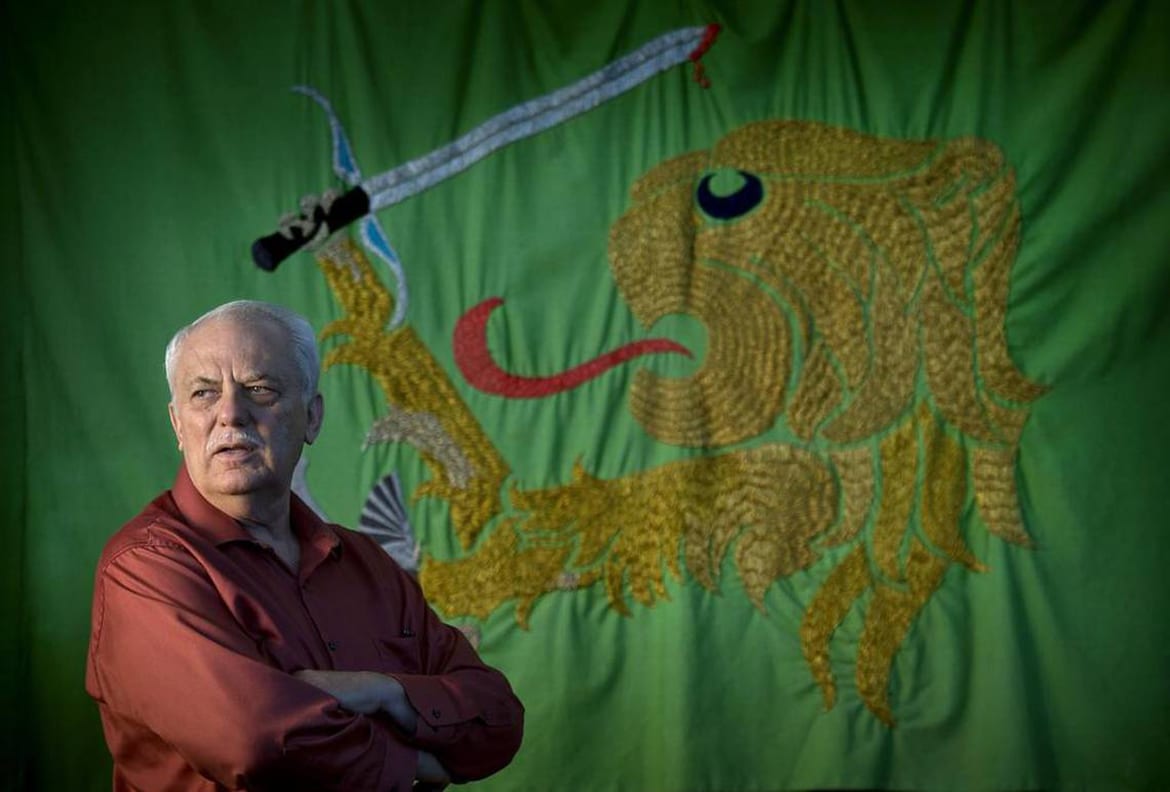 Since it became notorious 20 years ago with suspicions about links to the Oklahoma City bombing, this village seems frozen in time.

True, some signs of modernization have crept in. The old, dimly lit chapel has been replaced with a 7,200-square-foot worship area, residents are now equipped with cellphones and Wi-Fi — although the service can sometimes be a little spotty — and the students at Bethel Christian School go on outings and compete in national contests.

One thing about Elohim City, however, will probably never change.

Residents are adherents of Christian Identity, which teaches that white Anglo-Saxons, not Jews, are God’s chosen people and that America, not Israel, is the promised land. According to Identity, Jews are descendants of Satan, and nonwhites are pre-Adamic, a lower form of species than whites.

Over the years, suspicions have swirled. The community has been called “Love City,” “Hate City,” a nudist colony and a cult. Stories circulated that they had built an underground bunker and had acquired arsenals, tanks and rocket missiles. One man claimed that Oklahoma City bomber Timothy McVeigh was buried there after his execution.

None of that is true, say John and David Millar, sons of the community’s late founder and patriarch, Robert Millar.

“We don’t deny there’s been people who have come through and left who were up to no good,” David Millar said. “But nobody that’s a resident here would espouse any kind of terrorism.”

No one in this village, the brothers say, had anything to do with the Oklahoma City bombing.

“We were accused of possibly having a connection with what happened in Oklahoma City,” said John Millar, pastor and leader of the community, in an interview last month. “Since that time, we’ve been exonerated by the federal government.”

Even so, they say, the questions and suspicions have never been laid to rest.

Nestled in the Ozarks at the end of a 6-mile gravel and red-dirt road in eastern Oklahoma about 35 miles northwest of Fort Smith, Ark., the wooded property is still dotted with homes and outbuildings, and the dome-shaped, white polyurethane and stone structure that was once used for daily worship is still standing. Most of the 100 or so residents are descendants of Robert Millar, who moved to the area in 1973 and chose the name because Elohim is Hebrew for God.

But during the 1990s, the secluded, 400-acre enclave also was a stop-off point on what some called an underground railroad for extremists in the white supremacist movement. Numerous former short-term residents or visitors either are now in prison or have served time for committing violent acts ranging from bank robberies to murder.

The community’s connections to extremists have been extensive:

▪ Oklahoma City bomber McVeigh called there two weeks before the Oklahoma City attack. Some later speculated he was looking for a place to hide out after the bombing.

▪ The bombing occurred on the same day as the execution of Richard Wayne Snell, an Arkansas white supremacist who in 1983 killed a pawnbroker who he mistakenly thought was Jewish and a black Arkansas state trooper in 1984. Robert Millar was Snell’s spiritual adviser. After witnessing the execution, he and John Millar brought Snell’s body back to Elohim City late that night. Snell is buried in a clearing in the dense woods on the property, and when Robert Millar died in 2001, he was buried near Snell.

▪ Dennis Mahon, a former Northmoor, Mo., resident and imperial dragon of the White Knights of the Ku Klux Klan, visited Elohim City from 1992 to 1995 and kept an Airstream trailer parked there. A onetime suspect in the Oklahoma City bombing, Mahon is now serving 40 years in prison for mailing a pipe bomb in 2004 to a diversity office in Arizona.

▪ Two weeks after the Oklahoma City bombing, James Ellison, the former leader of the Covenant, the Sword and the Arm of the Lord — a white supremacist paramilitary encampment near the Missouri-Arkansas border raided by federal authorities in 1985 — settled at Elohim City after serving several years in prison for weapons offenses and racketeering. Now in his mid-70s, Ellison has been at Elohim City two decades.

▪ Six men who called themselves the Aryan Republican Army were indicted in 1996 on charges of robbing 22 banks in the Midwest, including one in Kansas City and one in Overland Park. Four of the six men had either stayed at or had ties to Elohim City.

▪ White supremacist brothers Chevie and Cheyne Kehoe, who were involved in a shootout with Ohio state troopers in 1997, also had visited Elohim City. Chevie Kehoe was later convicted of the 1996 torture-slayings of an Arkansas gun dealer and his family.

During The Star’s recent visit, the Millars discussed some Elohim City residents and visitors and incidents that made headlines.

They insisted McVeigh was never at Elohim City and said they had never heard of him before he was arrested.

They did acknowledge that some members of the Aryan Republican Army had been to Elohim City.

“When they were here, there was no indication of them wanting to have any criminal behavior,” David Millar said. One even married into the Millar family, although the marriage didn’t last. 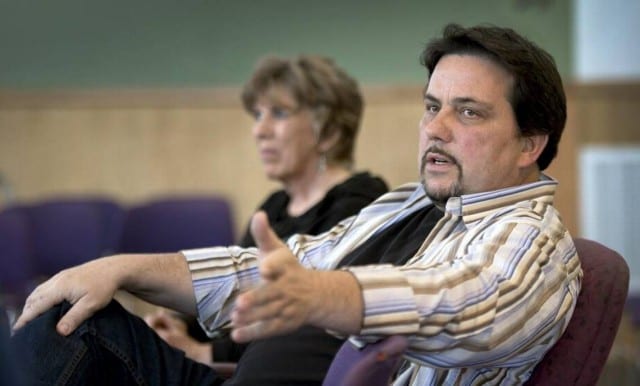 “We don’t deny there’s been people who have come through and left who were up to no good,” said David Millar, brother of pastor John Millar. “But nobody that’s a resident here would espouse any kind of terrorism.” (Photo by Keith Myers/The Kansas City Star)

“Some of them sort of had radical issues,” David Millar said, “but they were just wanting to get away from that radical life. We’re sad we didn’t help them enough to keep them away from that.”

The Kehoes, John Millar said, were just passing through.

Cheyne was just a teenager at the time, he said, and stayed “for a little bit.” His older brother, Chevie, is now serving life in prison for murder.

The Millars said the media were partly to blame for the trail of extremists who showed up at Elohim City.

“They put out those kinds of stories about us, and it attracts people that might have other things in their heart and their minds,” David Millar said. “Once they come, they realize we’re about the Lord and some of them go. But that creates a traffic that comes in. It sort of perpetuates itself.”

Some of those who came to Elohim City may have had the false impression that it was a community of racists, the Millars said.

A more fitting description of the community would be white separatist, John Millar said.

“We’re delighted we’re white,” he said. “If you look honestly at world history in the last several thousand years, it’s the white race that has produced civilizations that people want to be in.”

The worship area has plenty of room for a band and dancing, which is incorporated into the service. Several flags are on display, including two Confederate flags, an American flag and the old Covenant, Sword and Arm of the Lord flag. A colorful banner depicts a lion holding a blood-tipped sword, a symbol of the ancient Hebrew tribe of Judah, from which they believe they’re descended.

Despite the decades of controversy surrounding their community, the Millars say they plan to stay at Elohim City for the long haul. They say, however, that they’re not in the business of recruiting more residents.

“We like our lifestyle,” John Millar said. “This is the life we’ve chosen.

“Of course, it’s not for everybody.”

Note: You can read the entire 2-part series on domestic terrorism at the link below.

To reach Judy L. Thomas, call 816-234-4334 or send email to jthomas@kcstar.com.
Video by Todd Feeback. To reach him send email to tfeeback@kcpt.org.